fuh. I loved it. the place was good, drinks were perfect, crowd? not sure about the other places but the ones at “O” were mad. =P. the O zone is for media, bloggers and stuff like that =D. I got tipsy on the 3rd glass and they said it is because I drank on an empty stomach. had about 7-8glasses only throughout the whole night =X. but is sane when I went home =D. 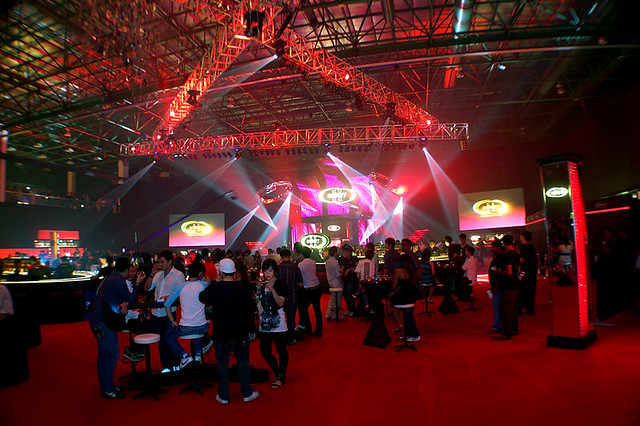 I have to admit that this is probably the biggest and nicest Hennessy Artistry I’ve ever been to. the set up was AMAZING! they initially said that 4000people will be there. but 6000 people ended up there! 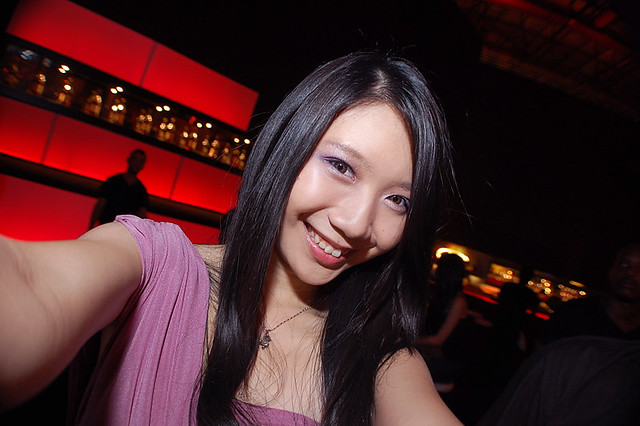 camwhoring is the “IN” thing. and I started it with a DSLR 3 years ago so I’ll just consider myself one of the founders of it (as in, with a DSLR.) HAHAHA. =3.

and, I didn’t go alone, just if you were wondering. and as a sampat person, I invited a sampat The Awesome Man there. 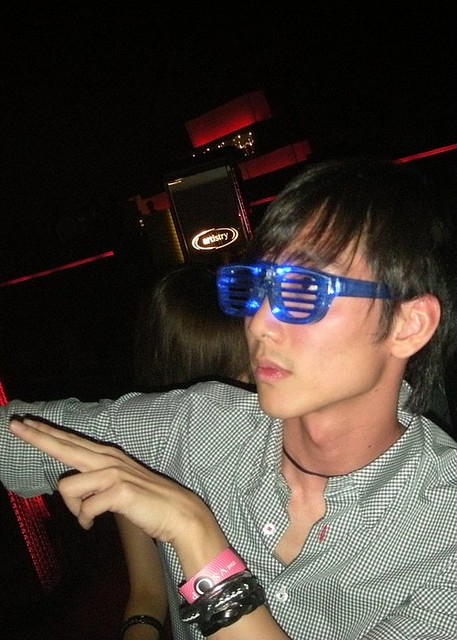 the awesome man is wearing a korean shirt! he said I only liked the shirt because it is from a Korean brand. pfft. but I really like it! well, it’s all KOREAN LOOKING =D.

just so that you know, he’s Jeremy from the Red Evenings on Red.fm and he is chosen to be in the SHOUT awards. so please please PLEAAZEEEE vote for him. everyday. 15 times. he must win. not because he is my friend but because he is really awesome.

here. http://www.shoutawards.com.my/voting/?cat=3&u=. please and thank you! 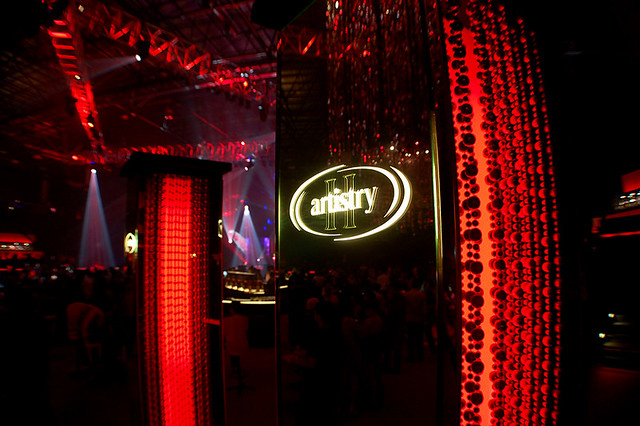 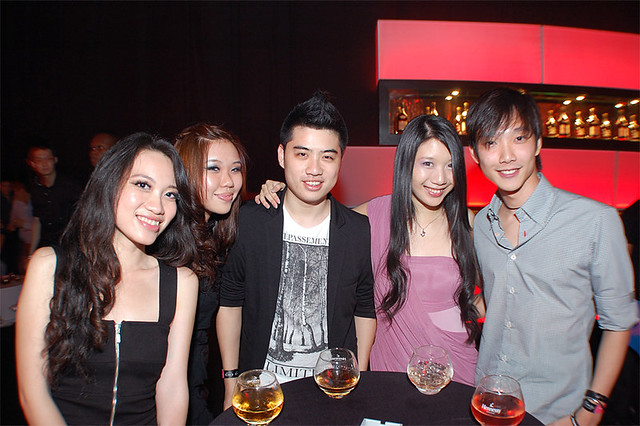 the Nuffies! and KoreanShirtJeremy. LOOK! my glass is always empty HAHAH I drink really quickly, that’s the reason for me being tipsy so fast. 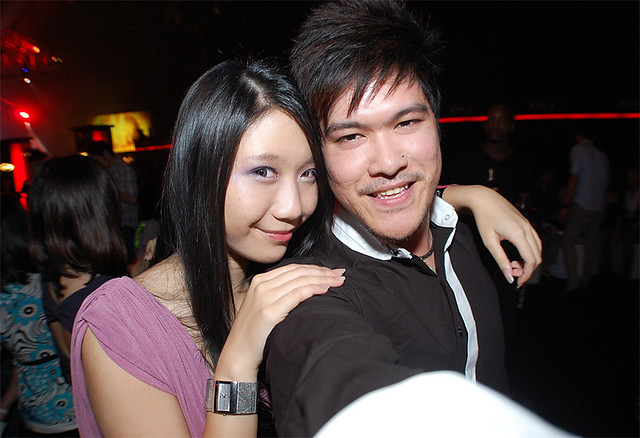 SimonSo.org. he’s one of the few people I knew when I first started blogging. a very close friend =D. and look! he is moving more towards his punjabi roots now. he had pierced his nose! 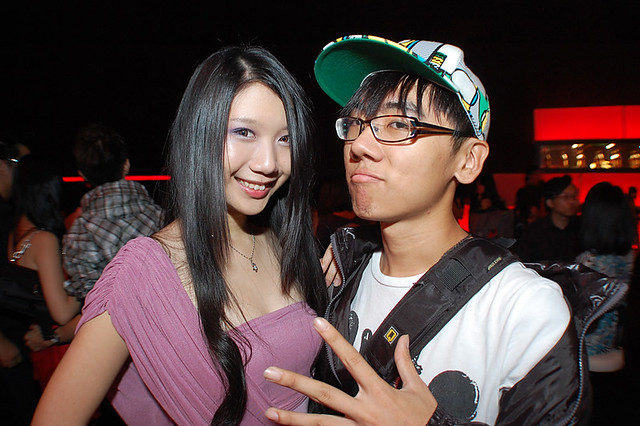 it is an ILLUSION. I am not slim like that. heh. this is the OTHER Jeremy of the night. he is always wearing a cap. pfft. Jeremy, you should start styling your hair. even Jay Chou stopped wearing caps! teehee. =P. 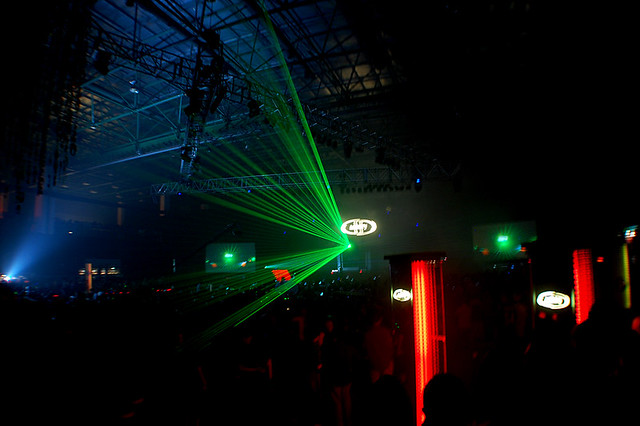 this is always the awesome part about Hennessy Artistry. they had always have these beautiful green lazers which reminded me of the light show in HK. I am pro HK. I think I should migrate there one day. hmm. 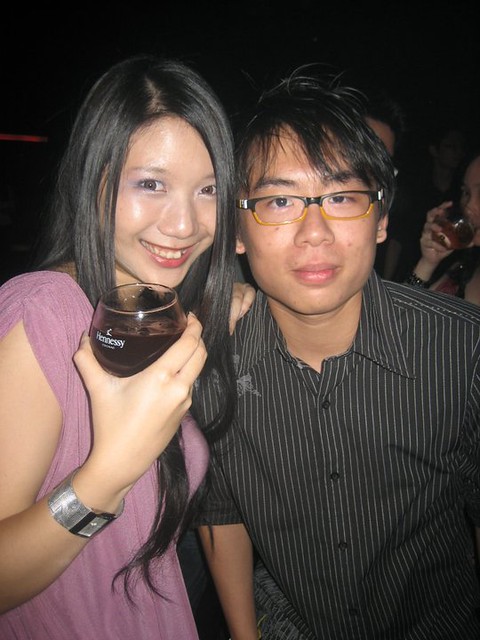 Jayren whom I met at the G+ meeting. and my favourite apple mix! citrus is great as well. berry tastes a little like medicine, but I like it too, it’ll be the 3rd if I have to rank. GINGER is more of a old mature man’s taste 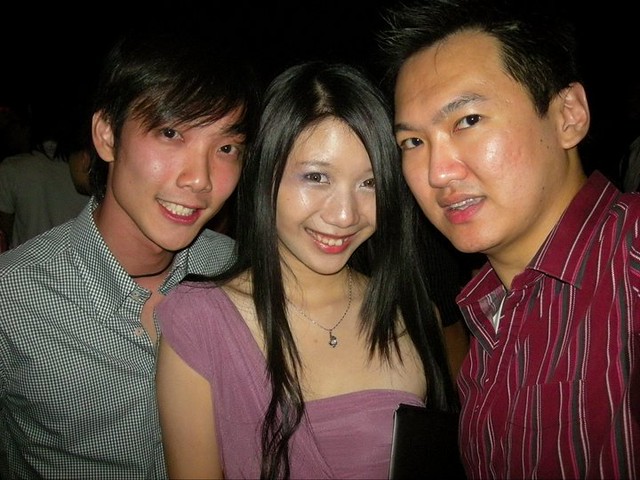 redJeremy from redFM. and the red shirt but is not very red Tim.

I had never been red. T_____T. something to do with my low blood pressure/low blood count thing. thus I am never radiant =(. 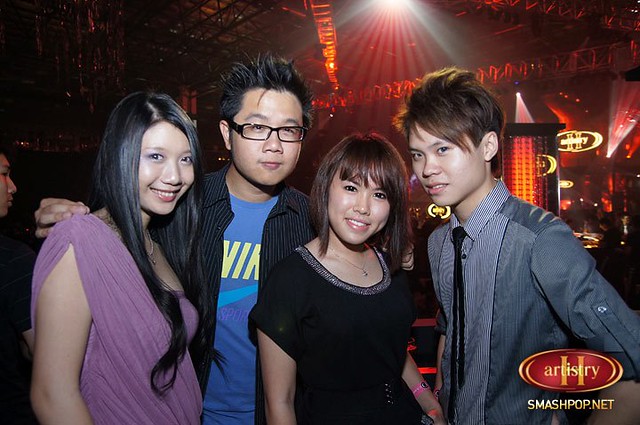 THOSE ARMS ARE AN ILLUSION! T_T. it’s just the angle! =DDDD. I am fat but not that fat right? T_T. 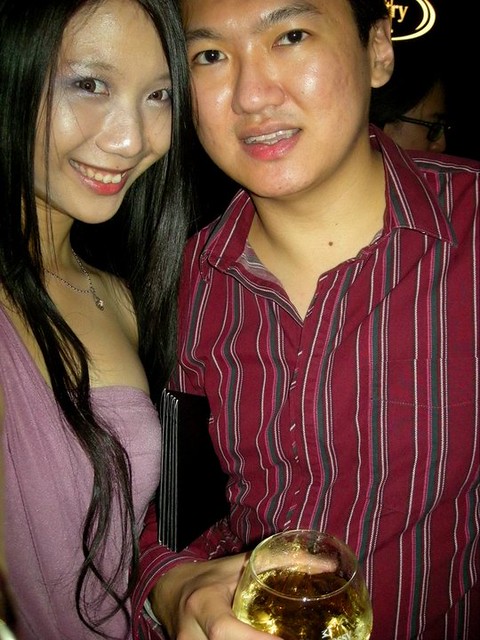 Tim and his ginger drink. teehee. okay I am kidding about the ginger part. I don’t know what this is. =X.

and Tim is Tim Chew. the guy who have something related to FHM. the FHM girls are like, HIS girls =P. he is like a Papasan (well, what are you supposed to call male mamasan!). other than he doesn’t sell his girls. =P. 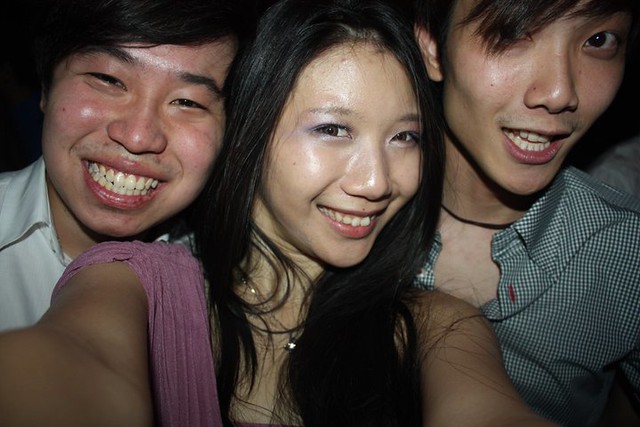 observe these two guys expression. it’s priceless. everybody look so happy in it! we were “dancing” halfway until I see Nelson with his big camera coming towards me. hehe. I loveee holding a DSLR. it’s like meeting a long lost sister. pfft. 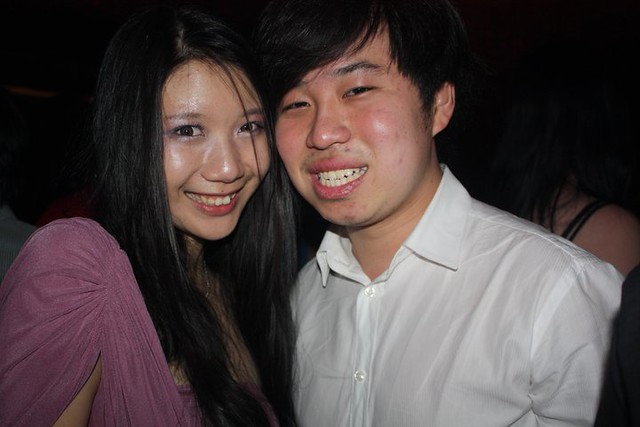 a more normal shot. jeez, everyone was blushing! but I guess not being able to be red isn’t THAT bad. I’ll at least get through the road blocks haha. but it is not like I would drink and drive. I don’t dare T_T. 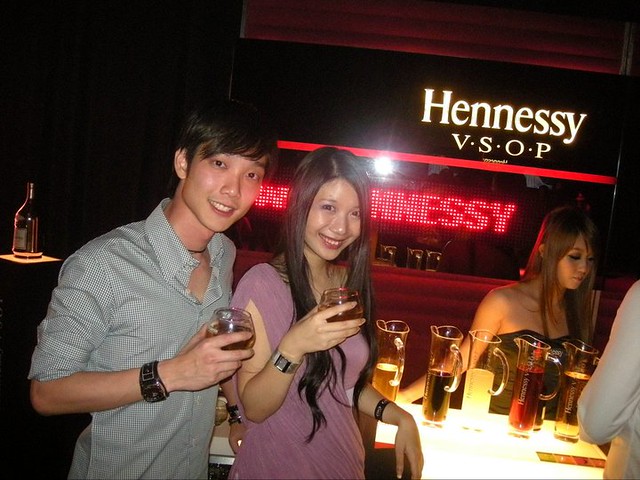 I am now qualified to be a Hennessy Girl. heh, because I mixed my own drink. and Jeremy shall be the first Hennessy Boy. the pretty girl behind taught us how actually =X. 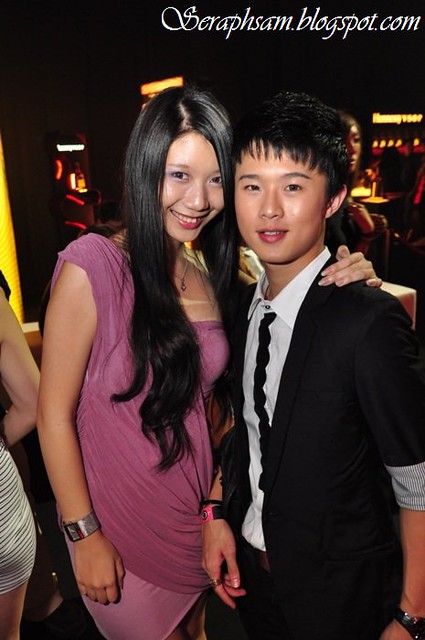 Kelvin. known as K. he have such good skin it is almost irresistible to touch it.

I was REALLY so sampat and I touched his skin. it’s exactly like baby’s skin! T_T. 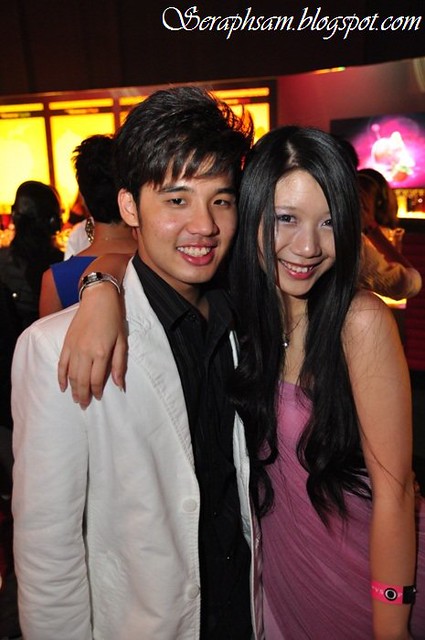 the perfect boyfriend. not mine lah! he’s still single so you girls, he can cook very well. =D. 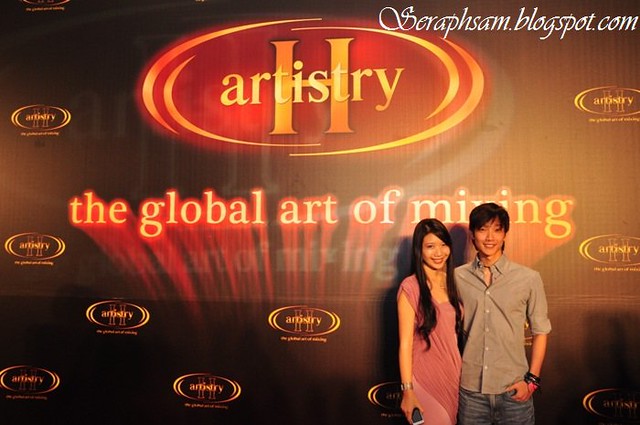 that big poster. I must take a picture here every time because the printing must be really expensive and I am standing in front a very expensive poster HAHA.

and why nobody took a picture of my shoes. I love those shoes pfft. 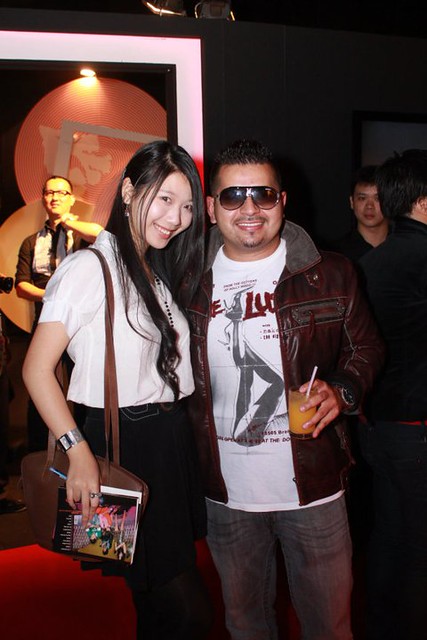 I NEED a speedlight. stole this from YeeJin. =D. and that is AlexDreamz! please go youtube his mixes. you’d want to club right away =P. 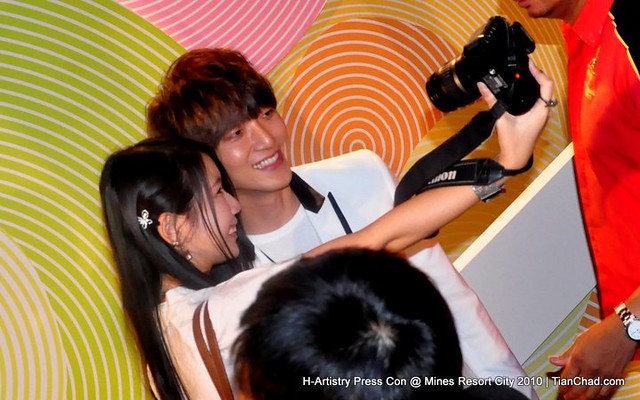 Tian Chad’s caption was “the moment Jamie reached heaven” which is pretty true. despite those guards telling everybody to move away I still insisted on taking a picture with Harry T_T. well, at least I’m happy! =D.