organized by Nuffnang! I was actually very very busy with assignments T_T and I wanted to go. so I shared my problem with Natalie and tada! I went as her guest <3. so manyak manyak thank you to Natalie Chai! and sorry I am like almost two weeks late T_T.

let me tell you about some of my vaseline experiences. I have allergic skin all along, so usually if it gets too bad and unbearable I’ll use vaseline. especially when I’m feeling a little bit of itch and also when rashes become too bumpy. and just a tip, whenever you are going overseas to a cold place, carry some of these petroleum jelly because you can use it on your lips and your skin =D.

group pic! Nat, Arthur and Gin. =D. and that strand of hair thing happens to me quite often. T__T.

this is a joke I made with Natalie after watching this Korean Drama. the Gumiho drama. =D. that lady in the drama wanted to have “sexy lips” when talking to the guy she like and she thought saying UUUDON makes her look like Angeline Jolie. so..

do you want some UUUUDON soup? =D.

Nat called me earlier that day but I was sleeping pfft then she called again I asked “when is the vaseline party harr?” then she said “5!!” and I thought it was at the 5th so I took my own sweet time and rested a little bit more after hiking. she smsed me and ask me “what time are you going!!” and it made me wonder if it was on the same day. I went online and check. it is INDEED on the same day. and it is STARTING IN 20minutes. T_T. so I rushed home, changed and rushed over. being 1 hour late wuwuwuwuwwuwu.

the awesome display. they stuck the pictures ON the wall! I saw them peeling it when it was over. and everybody was given 4 bottles of vaseline that would last me probably a year or two. very very generous of vaseline! and you have to LOVE these new vaseline products especially their Healthy White one (the pink bottle), it smells so good I think it would help me get my handsome Korean guys in Korea. =D! 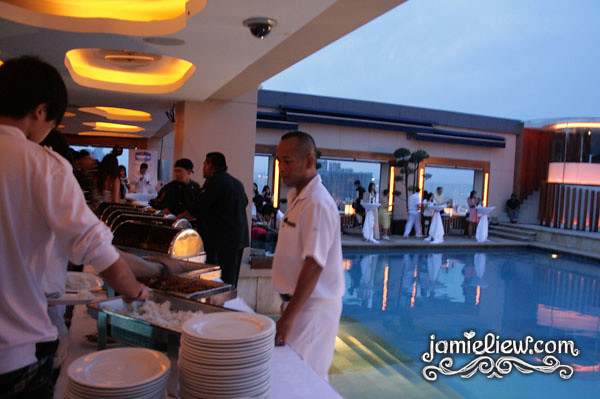 Luna Bar. I’ve heard of it MANY MANY times but it was my first time there. it’s really pretty. <3.

but it is a little small so if you go on peak hours you might not get a nice spot to sit =X. so GO EARLY! 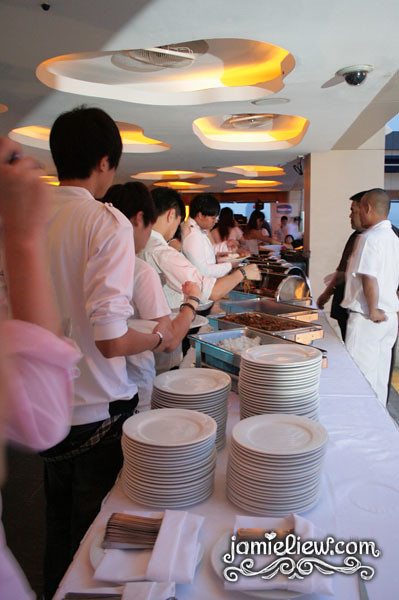 the food was amazing. Nuffnang serve better food each time it makes me want to know what is next! 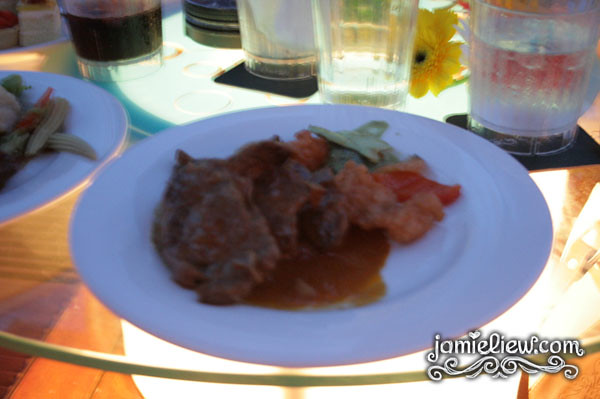 especially the lamb! I had like three of those =X. pfft it was really dark at our table T_T. the small candle didn’t provide enough light for my camera. and my camera was running low on battery T_T. 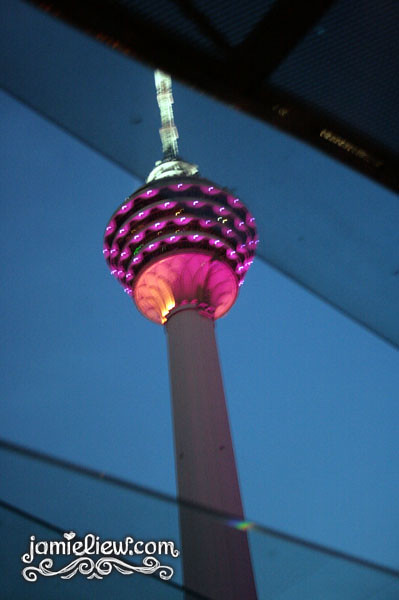 Ginny picked this nice place on the side where this small pop-out deck had a three angle view on the city. and the KL tower in pink lighting was right behind us! I guess this is why people love Luna Bar so much =P. 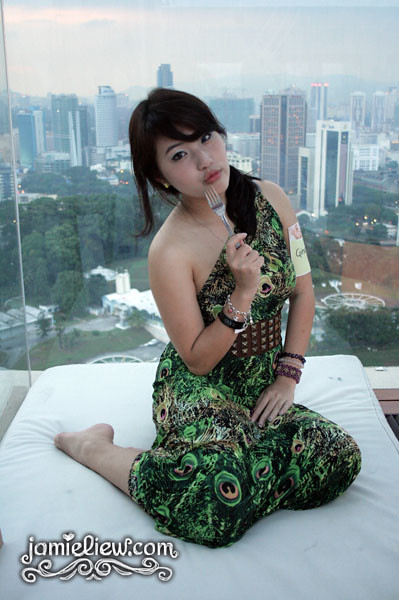 this is that deck I was talking about. =D. and pretty Gin. she should make up more often. says Natalie too! Gin already look pretty without make up. but when she puts on make up, she’ll become like.. the spotlight of the night. =D.

when we heard Jojo Struys saying that she need 2 GIRLS on stage, Nat and I looked at each other. we wanted to go but we were sitting on a place where we have to take our shoes off. and wouldn’t make it in time. so when she said she needed ANOTHER pair of girls we quickly wore our shoes but was TOO late again T_T, somebody rushed to the stage already sigh. and THIRD time, Jojo actually saw the other pair and told them to come up but I guess somebody saw us wanting to rushing there too and told her so we got it =X. teehee thank you xD. 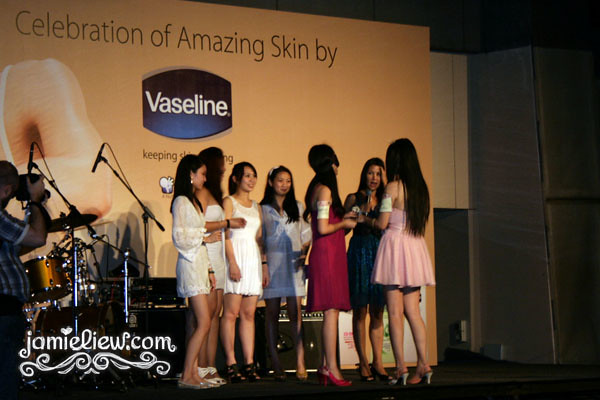 that game required one of us to be blindfolded and find out which is our friend by just touching their hand T_T. and the nuffies took off my ring. I was afraid she couldn’t recognize my hands wuwuwuwuwu. but Nat thinks my hand is very moist so she said it was pretty easy to find my hand <3.

but I think my “moist” come from my sweaty cold hands T_T. 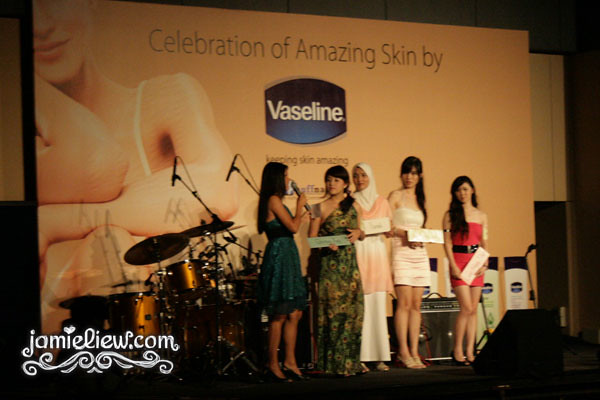 the “most vibrant skin” contest. =D.

we 3 were all very berry happy because we walked away with a lot of stuff =X. we considered that night our lucky night hahaha!

but I guess everybody agrees with me that Gin looks stunning because.. 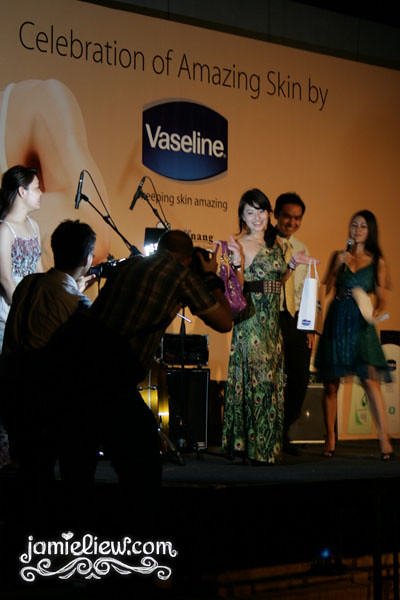 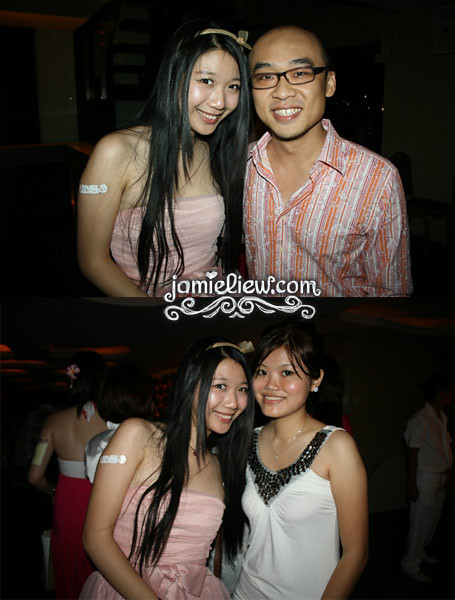 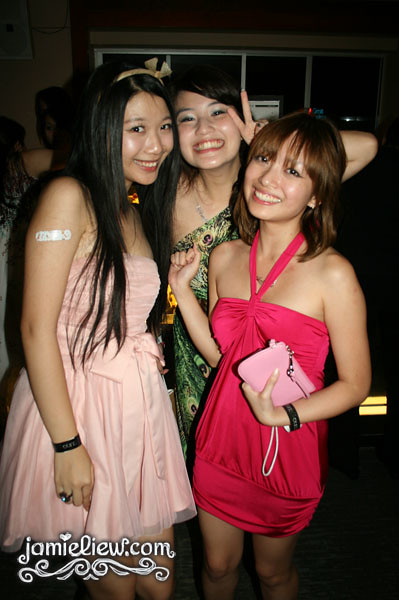 Audrey =D. she’s so pretty T_T I always felt that she look like Ayumi Hamazaki, and prettier. 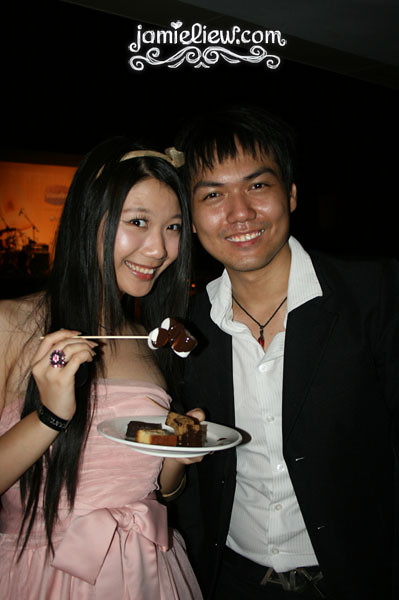 Robb and my marshmallows. the cakes were awesome as well! I’m a big glutton. pfft! 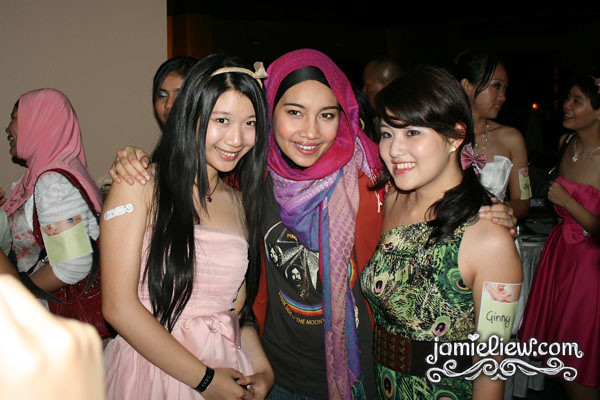 teehee I have a picture with Yuna and you don’t =D. I reached just in time to hear a comedian named Jenhan and Yuna perform! =D. but Jenhan was already halfway through when I reached. =X. Yuna is really really down to earth she isn’t all diva! very nice girl and her voice is so…. T_T. she sang her own raya song which I felt is the BEST raya song. her voice is somewhat similar to Zee Avi’s too. except their style is a little bit more different. so if you love Zee Avi, you must love her too. 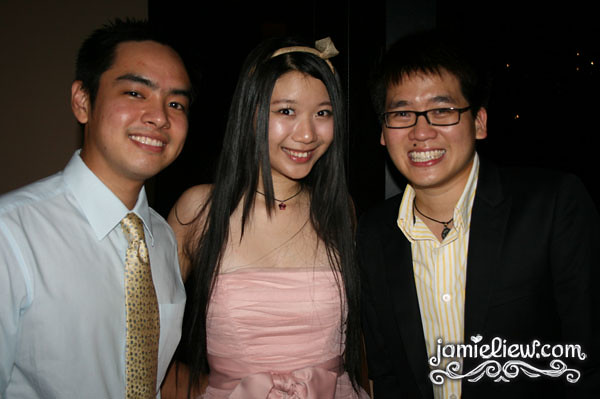 the Vaseline guy and Timothy Tiah. they were both so nice I took a picture with them. it’s true.

okay lah, it was also to thank the both of them for making this party happen! =D!

pictures credit to Shaolin Tiger(with his watermark) and Natalie(those without watermark).

just in case if you were curious where Luna Bar is. it is on the 33rd floor of Pan Global hotel. =)).

Hey, Jamie abit random here. Cause i have a question and i hope you could help me a little =)….same as you i was using wordpress for my blog, but they actually have limitation of 3GB for you to upload file like pictures and stuff…and i see your blog contains lots of pictures…so did you pay for any upgrades like space upgrades and etc ?? and do you know that other website like blogspot have this kind of charges or not ? Cause i dont think i wanna spend extra $ on internet unless i can start earning $ through blog or online…I really really hope that you could help me…Please =)

I paid for hosting. =). but I suggest you to upload pictures on other websites such as imageshack, photobucket or flickr as if saves a lot of bandwidth. =D.