one thing you should always prepare before going to Phuket is to look up for their hotels. for approximately RM200, your hotel could be very beautiful already. and for a spectacular one, RM400 should be able to wrap everything up. but if you’re on a budget and is looking for some place clean, comfortable, cheap and convenient (the 4C’s!), I’ll recommend you White Sands Hotel. it’s a 3 star. main entrance and the lobby looks a little dodgy and the lifts ridiculously slow. BUT, I must say the rooms are really comfortable. =D. and it is just for RM100. do note that booking IN the airport is much cheaper. but you’ll have to pay on the spot of course =D.

bargain if it’s over 100. =P. yes, buying travel packages and hotels in the airport COULD be bargained. =)). 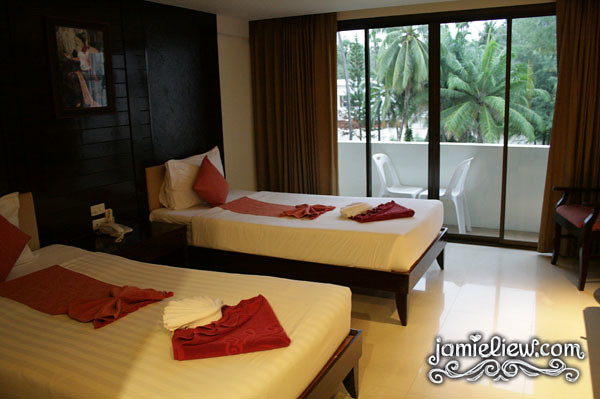 located in between THREE massage parlors, you can enjoy good thai massage for only RM20 an hour! White Sands is walking distance from the famous Bangla Street =D!  just remember to bargain. I personally like the yellow uniform one. 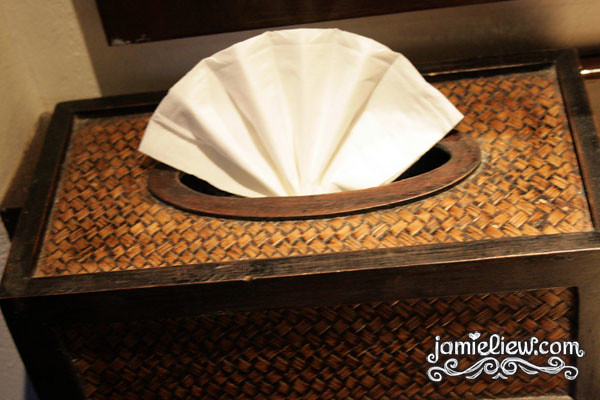 not only the tissue in the room, even the one in the toilet is folded in fan shape! 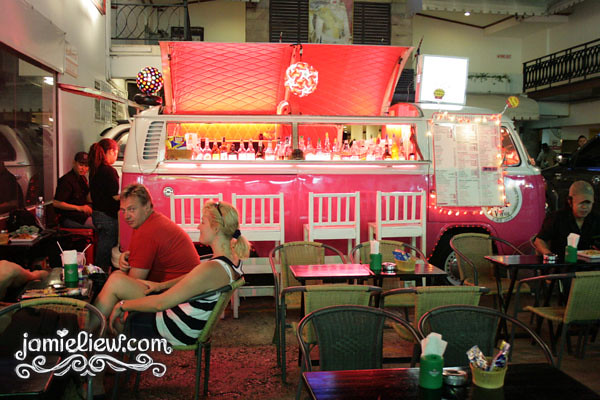 the roof is amazing no? =P. 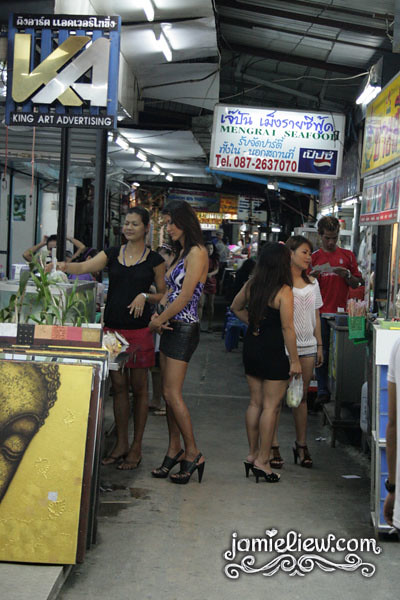 ah gua so tall and so slim T_T. make me jealous hmph. 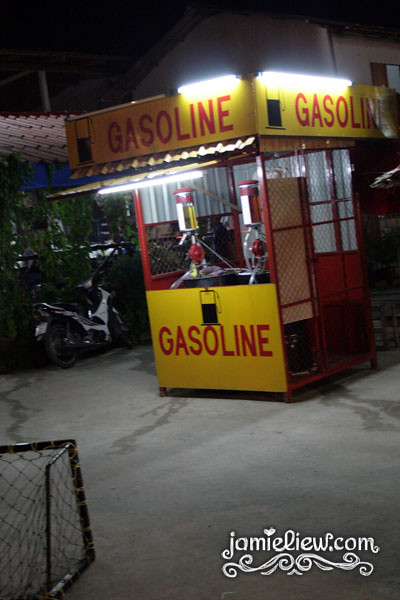 prolly the “biggest” petrol station I’ve ever seen =X. and I’d never knew that petrol comes in red too! 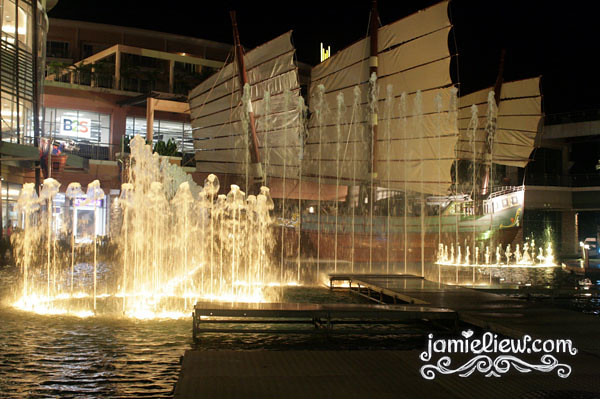 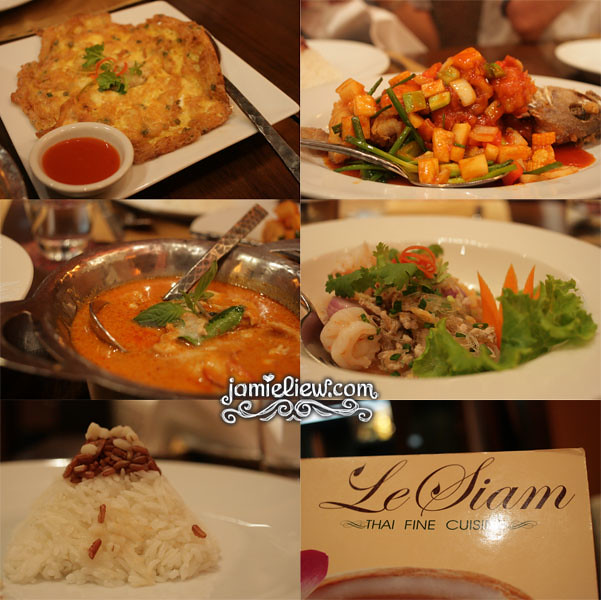 even the rice damn posh.

what shocked me was, there is no kerabu chicken leg in Thailand! I didn’t know it’s a Malaysian Thai dish =X. everything was superb. there was this green curry chicken too but I kind of forgot to take a picture. that was damn delicious. I just didn’t like the egg. =D. 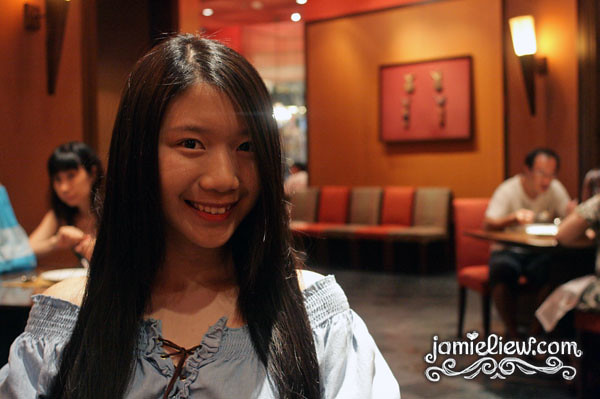 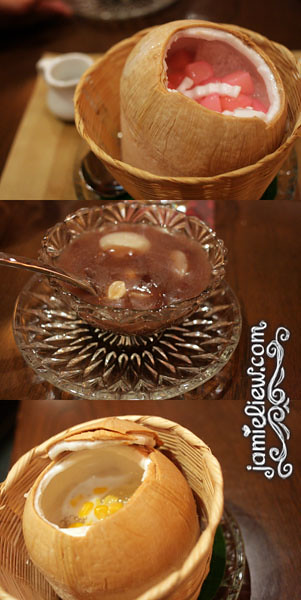 I didn’t really like the desserts. in fact, I had thai desserts in so many places before but I had still never liked them.

not my cup of tea. though that hot red bean goey thing was quite nice. 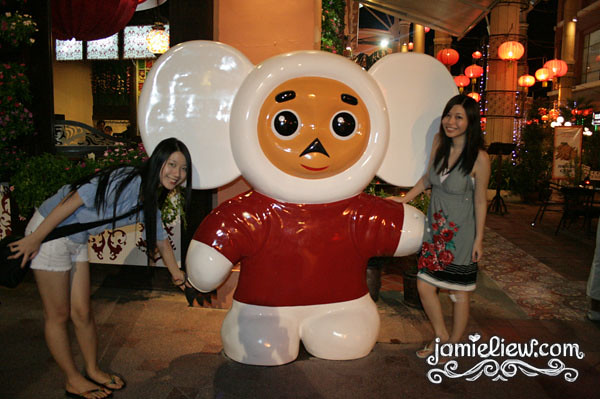 can you see the doll’s claws? got claws wan! 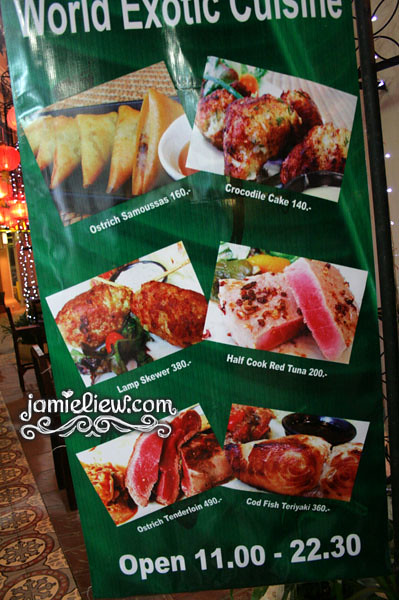 is it me being asian or is the only exotic food the crocodile cake? how is RED TUNA AND COD FISH even an exotic food pfft. 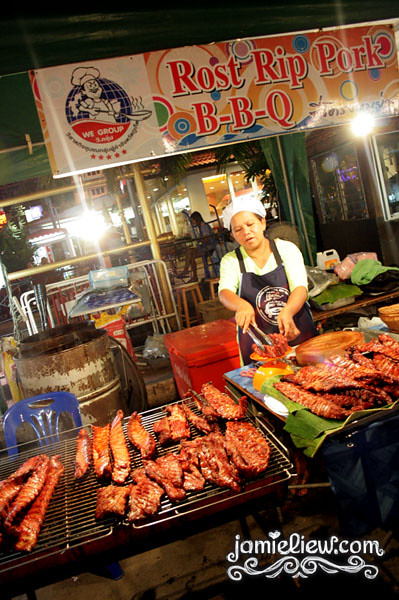 along Bangla street towards the end of the street (or the middle? a little further.) there’s an alley filled with small little hawker and you’d see this AWESOME POSSUM PORK RIBS STALL. 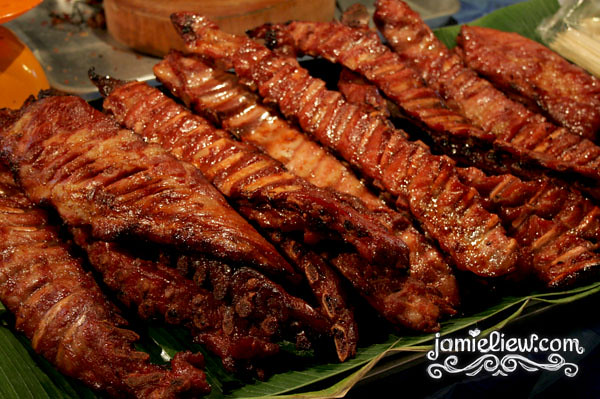 the first day we bought 1 only because everybody told us not to get any food anymore as the dinner made them explode. but as you know, I am a very… hungry person. and since I won’t be in Phuket for a long time, JUST WHACK LAHH. William was attracted to the juicy looking ribs too so we decided to share on one rib.

but unfortunately, when we brought it back to the hotel, EVERYBODY LIKED IT! so much for being “very full” hmph. and I only had.. 3-4 pieces. T_T.

so the next day, smart already, buy a lot =D. but I kind of regret I didn’t get more hmph. they are THAT good. 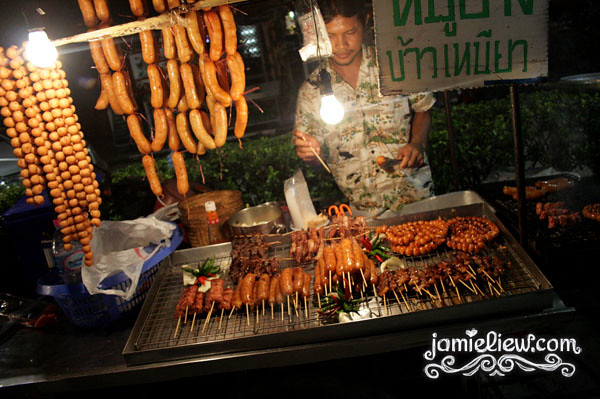 I never liked plain sausages (but it’s weird, I love hot dogs =D. and Taiwan sausages! and the Swedish one. pfft.) so I didn’t buy this one. =X. 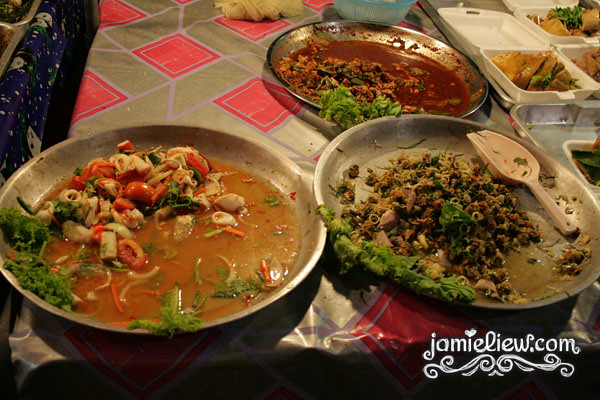 but the lala (on the right) DID attract my attention. they were SO FRAGRANT. I am pretty allergic to seafood by the way =((. but I buy it still hehehe. it turned out to be really good, and spicy. T___________T. can I go back to Phuket nao? to be honest I did’t fancy the sea that much. thai food is just too good. 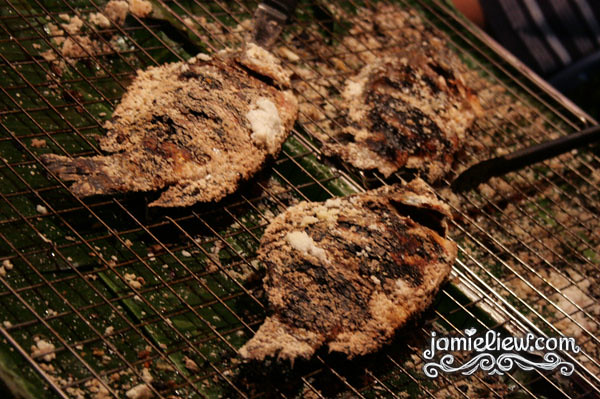 it looked disgusting but I thought they were pretty photogenic =D. 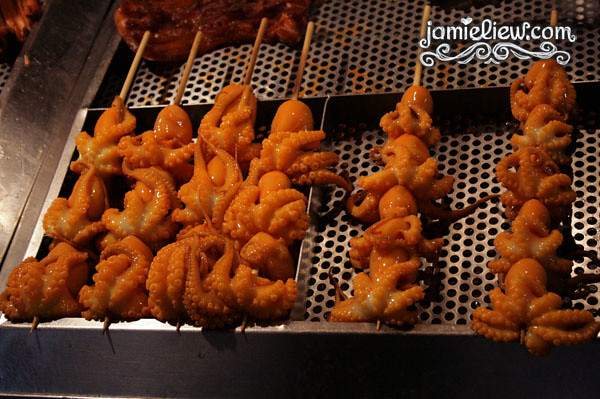 OCTOPUSSSS. GRHH, I really hope I could eat seafood hmph (red dots will form all over me if I eat a lot of seafood T_T. must control! but I never really bothered if it is fatty crab =D!) 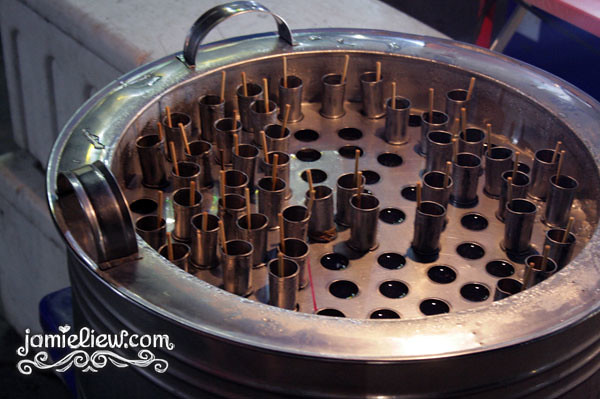 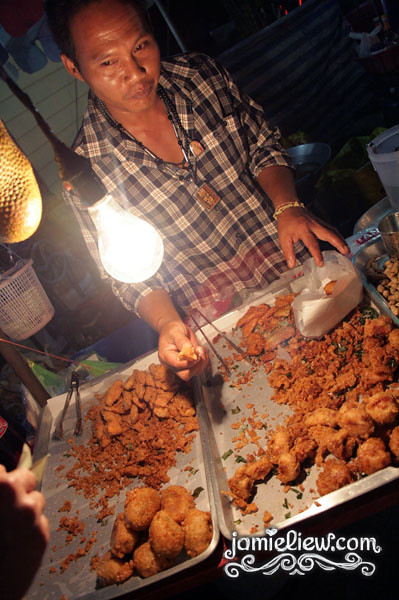 what makes their cempedak and banana goreng nicer should be the seseme seeds. SUPER FRAGRANT. and I love those cempedak seeds. they are so delish! only dumb people eat the cempedak and throw the seed away! I mean, FRIED cempedak lah. =D.

according to wikipedia, cempedak/chempedak is related to jackfruit but it ISN’T jackfruit. it is also related to durian =O. it smell nothing like durian though. learned something new today? heh. 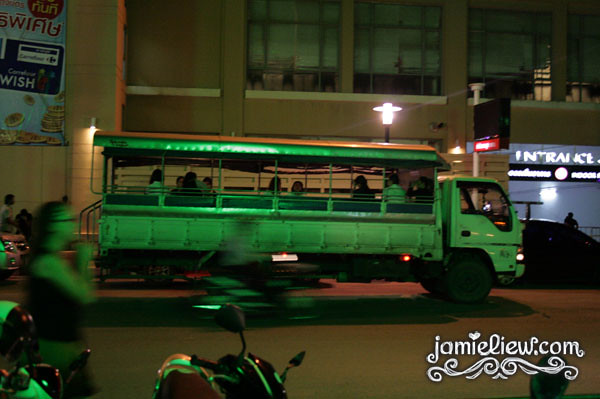 if those taxi’s are called tuk tuk taxi’s, is this one considered a tuk tuk bus? =O. 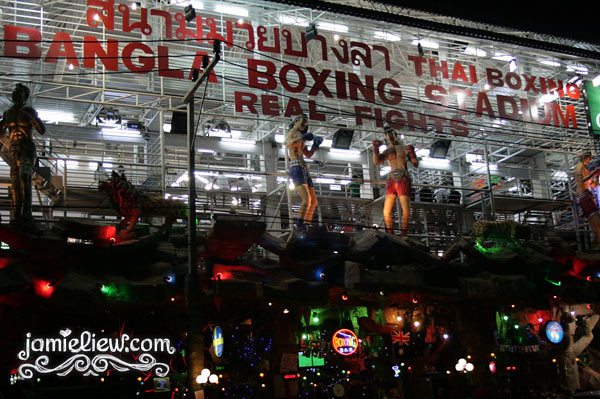 no, there are no bangla’s boxing inside, only thais and sometimes some ang moh =D. I am still wondering why Bangla street is called Bangla. 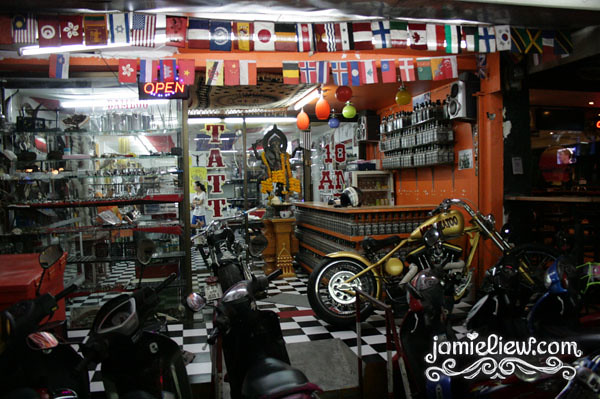 every guy’s dream. I guess. most guys I know wants to own a super bike. pfft. 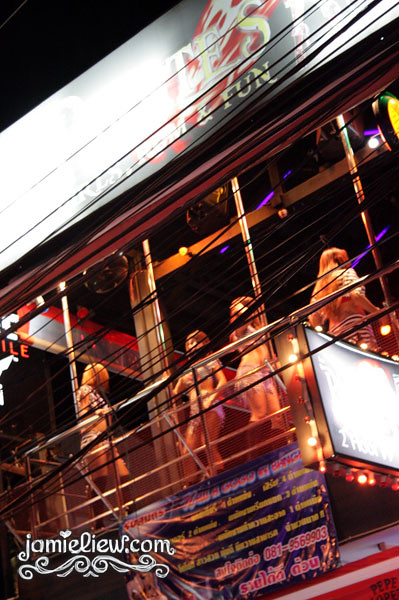 and oh, beware of those people who come approaching you and ask you if you want to see girls in bikini dancing on a pole. it’ll cost you RM50 just to get in. so ALWAYS ALWAYS ask if you could TAKE A LOOK before you go in. my mom requested to take a look. and she told me, it is like as if putting my mom on the pole wearing a bikini. as in, the girls are old and fat =X. 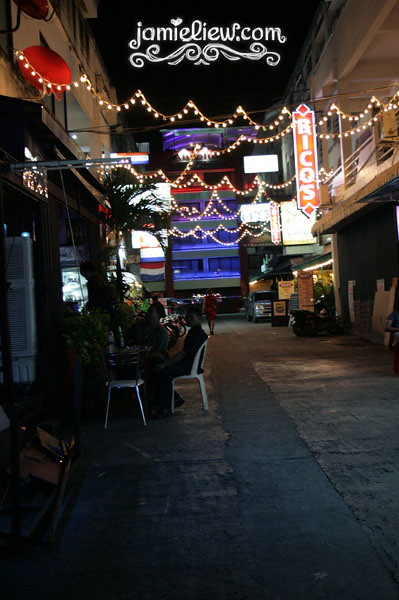 I love all ze lights! they are like the symbol of love among all type of lights. <3. 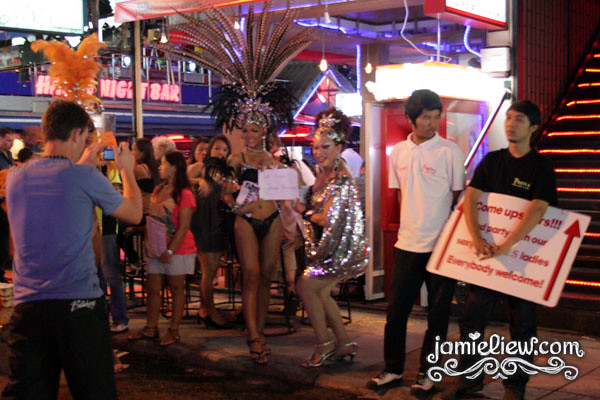 a shot I took for my assignments. if you’re glamourous, you’ll be popular. therefore, never stand BESIDE the glamourous. 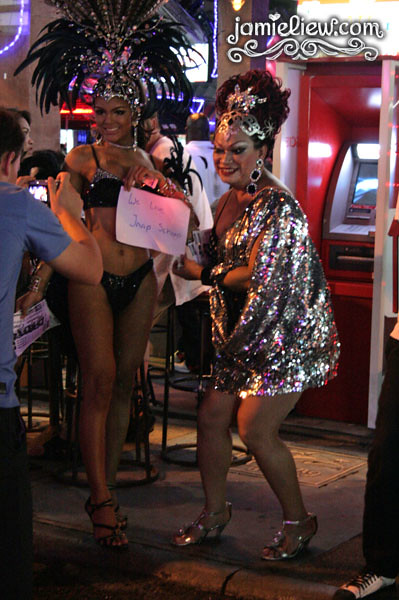 and I have a feeling the hot one is an ah gua too. hot girls in Thailand whom are trannies dominates the normal ones.

Look at those ribs! Who can resist them!!

hahaha your smile can be recognized anywhere! =D

Your photographs and blogs is tempting me to land in Phuket Island asap.