I’ve already looked around the place where we’re gonna party tomorrow. it. is. AWESOME. bloody huge. as huge as the KLCC’s convention center. or perhaps, huger. it’s madness. tomorrow will be a blast and I am sure of it. 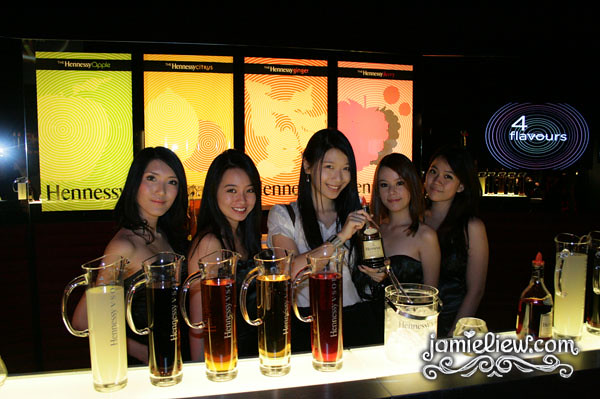 Tim’s idea. phail bar girl. I mean me. those girls were super hot T_T. Hennessy only hire the hottest seriously. 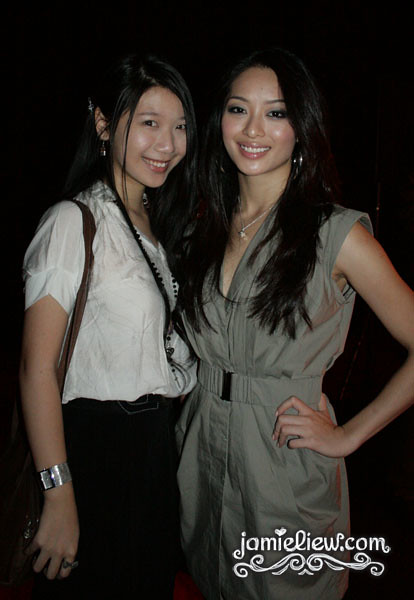 Sarah Lian. she’s very charismatic. she talks to everyone like as if they’re her friends for a very long time! T____T I admire all people like that pfft.

okay, the people who are performing tomorrow! 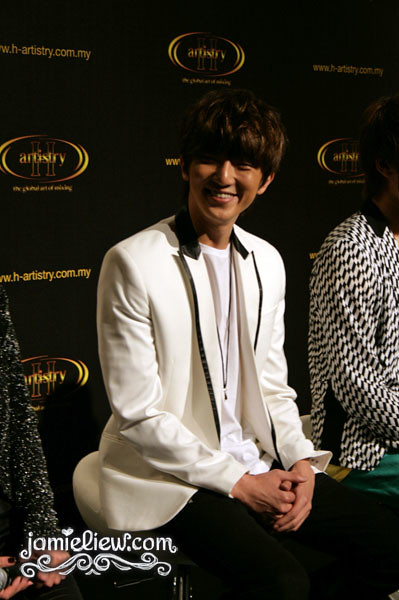 HARRYYYYYYY! the half korean I told you about in my previous post hehehehe. <3. 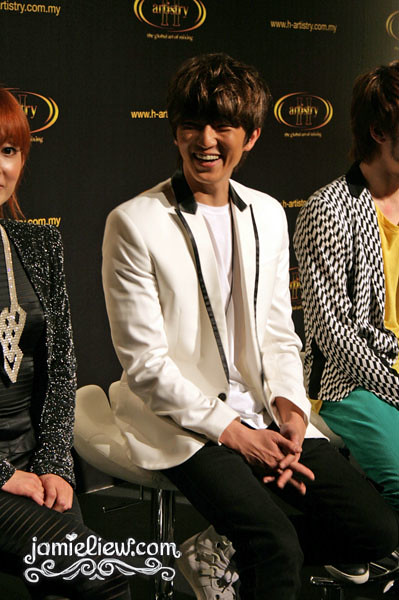 I like it when guys with small eyes smiles T_T. it feels like.. it’s snowing. I mean, they give the same type of feeling! <3. 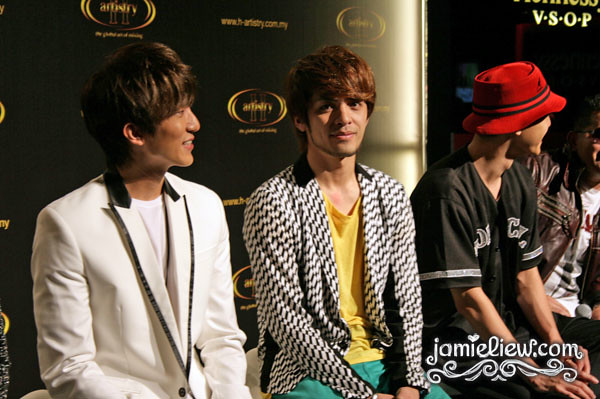 DJ Chung Hwa! very camera friendly. he’d look at my camera when I point at him. <3. so very nice T_T. most girls today were all hyped up over him. they think that he is VERY VERY CUTE. he is very handsome lah but I like Harry more. because he have small eyes and he look unique pfft. 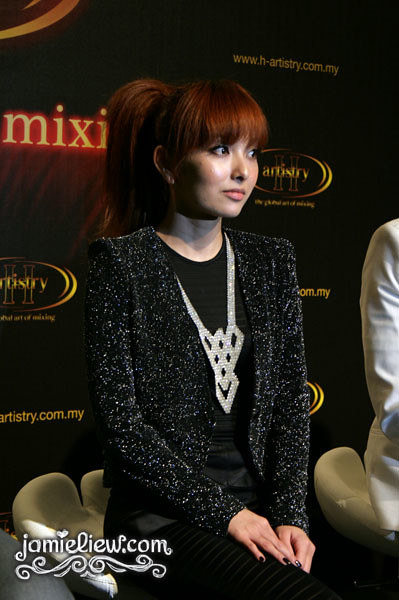 Aisa. she’s Jap. =D. her mandarin is very cute hehehe. and her voice is very sweet too. but when she sings her jap slang couldn’t be heard though =(. 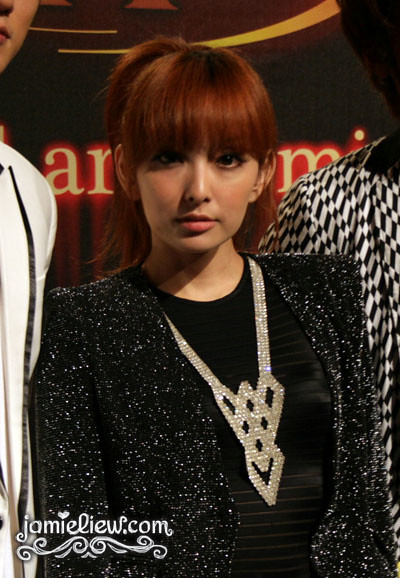 I guess you guys are drooling in front of the computer already haha. 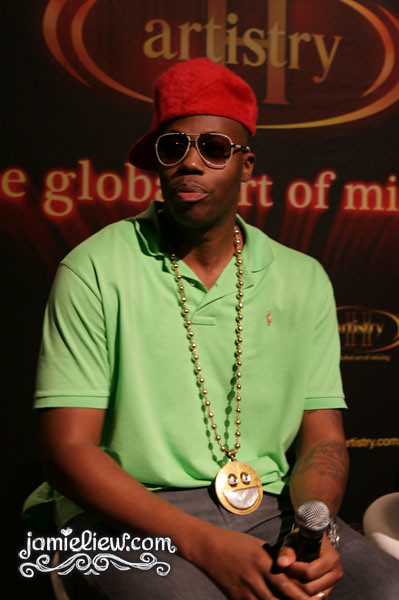 Kardinal Offishall. I thought that people from the other side of the world is quite racist towards asians but he isn’t! he is very funny. and nice. and friendly. ahh.

he is the one that sang “dangerous” together with Akon. =D.

and that is one cute bling. 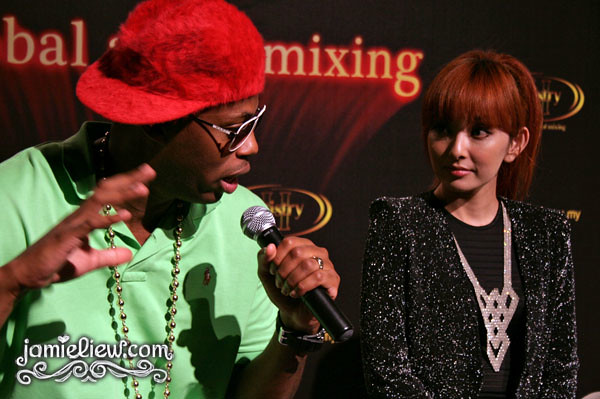 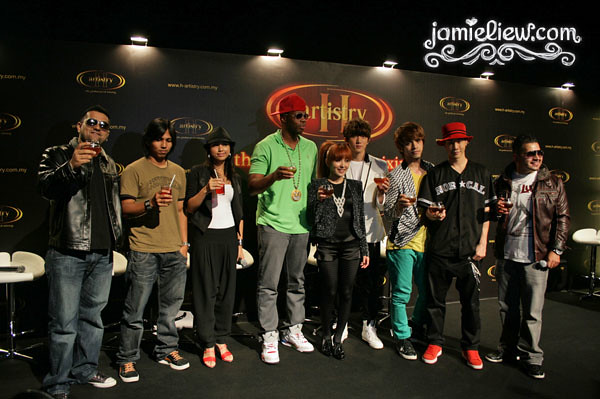 the performers tomorrow! <3. for your information, Kardinal is 6feet3. I over heard it when Harry asked him about his height HAHA. yes I am a bloody stalker =P. 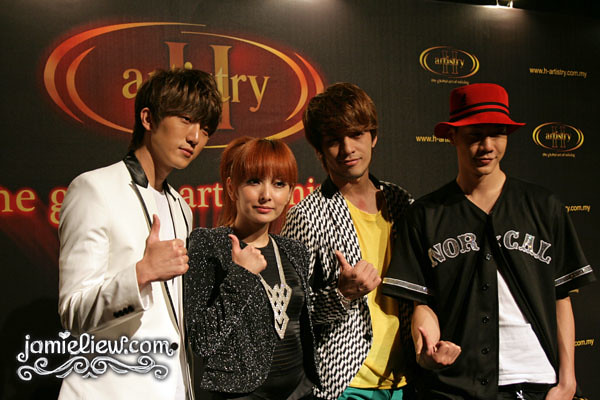 they are my main reason in attending this press conference. <3. some people didn’t like their songs because they think that their songs have no meaning in it. but, the catchy type of songs they produce with supposedly meaningless lyrics are actually the true meaning of the song. pfft.

you get what I mean? 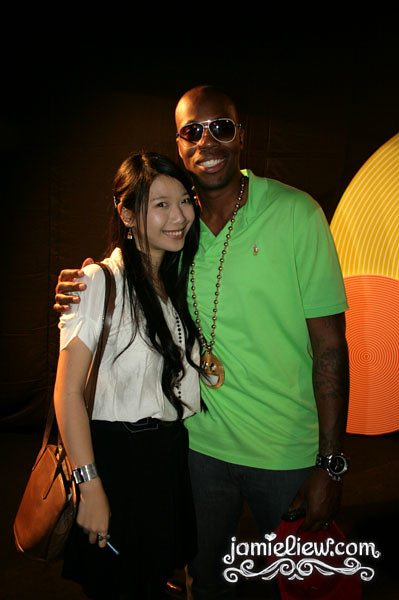 I WAS WEARING MY HIGHEST HEEL! pfft but it is so cool to be tall hehehe.

“I like your height! you are so tallllll! it’s so cool to be tall!”

*looks at me looking a bit speechless*

he is very nice. very very nice. he projects these very laid back feeling, like he’s on a beach enjoying the breeze. I like these type of personality! 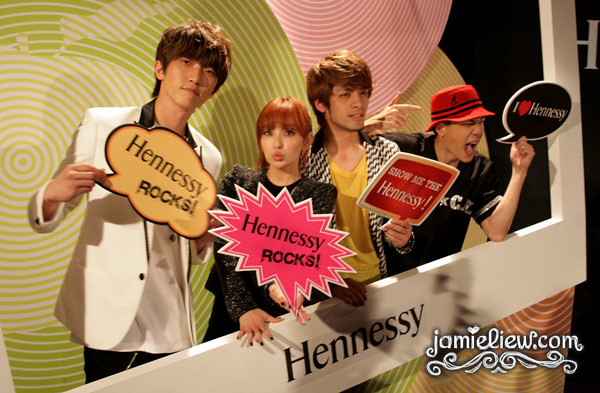 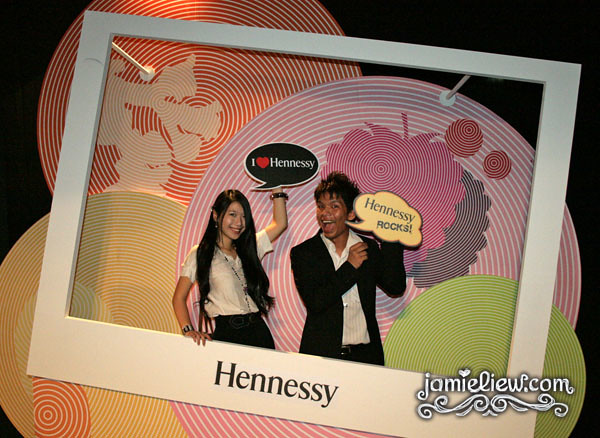 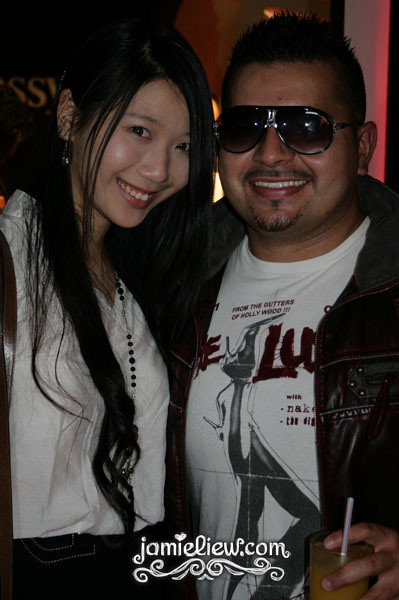 ALEX DREAMZ! alexdreamz.com. he is a famous song mixer in the US aite! =P.

and his producer was holding a handful of albums and I was lucky enough to get one myself! it was the second last one! @___@! listened to a few of his mixes. very sexy.

and the highlights of the day! 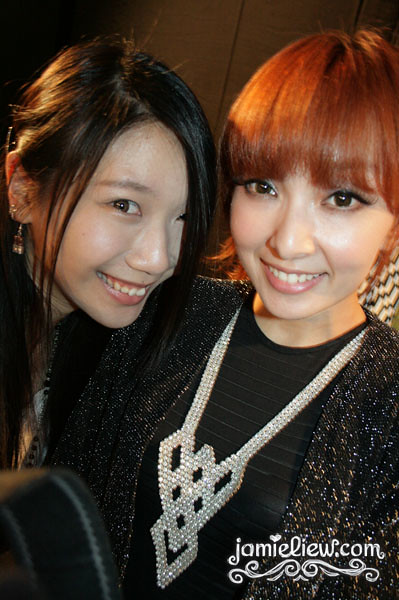 all guys have fantasies for cute jap girls. am I wrong? 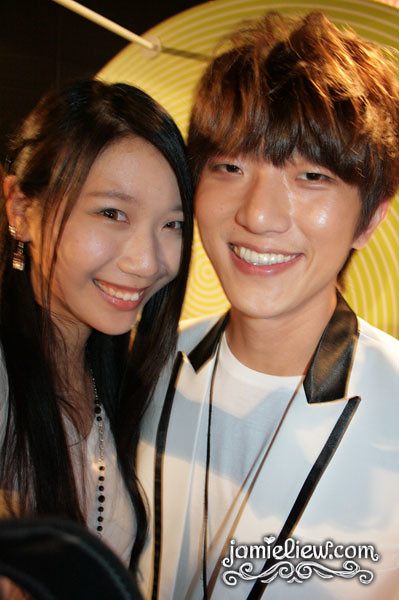 and ALL.. okay maybe just me, I have fantasies for all hot korean boys. =X.

my friend was coincidentally working for Hennessy so he brought me up to the meet and greet session with Da Zui Ba/Da Mouth. I brought their album there in case I could get it signed. and guess what? I DID!! ALL FOUR OF THEM! <3. 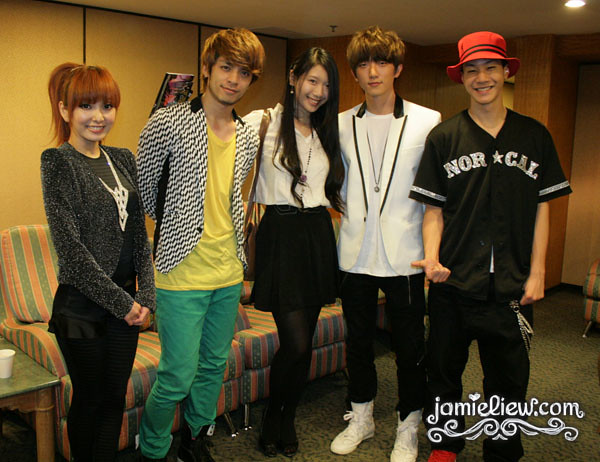 I like this pic =D. I look nice pfft. I SOOO love these heels. (they are the same pair of heels I wore in Ana Consultantcy’s meeting. the peep-toe.) they make me look uber tall and I love it. =D. just so if you were wondering, after I wear those heels, I’m 178cm. provided if I stand straight lah! I actually measured out of curiousity! =P.

MC40 and Harry were both very chatty. I told them my mandarin isn’t good and we talked loads on that. MC40 asked me to tell him something in mandarin and I said “ni men hen bang!” and he looked so amazed hahaha! told him that I learn chinese only this year. last sem to be exact. he commented “ni de hua yu hen biao jun eh!” both very nice guys. Chung Hwa was shy kekeke. I was chatting away until the guy that manages this thing yelled for next =X. *faints* super happy. Harry spoke more in english, very good english. in fact, Harry is now my next dream guy kekekekeke. <3

PS : MC40 thinks that he is fat. omg. haha he is so funny because I showed them this 3 year old pic of him for him to sign and he was like “oh who is this? I don’t recognize him at all” and whispered “gosh! I was so fat!” ahahhahaha. and I didn’t hesitate and told him “ni hen shuai ah!/you’re very handsome!” =D. teehee. he is!

omgggg!! so jealousss! da mouth is so mad awesomeee, i wanna meet them, too! damn i couldn’t even get the invitation for tomorrow h artistry. T_____T