but before I go into the topic, let me show you around =D. 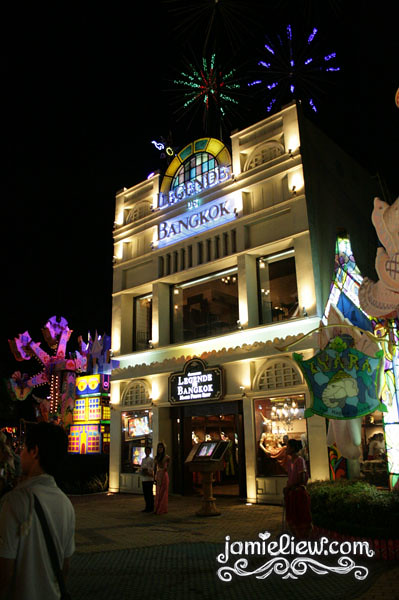 it’s admirable how their fake fireworks look so real. boo at M’sia’s ugly plastic-almost-rotten-fireworks. I mean, the plastic DO look crappy.

and shall Bangkok be my NEXT Thai destination? =D =D =D. YES YES YES! 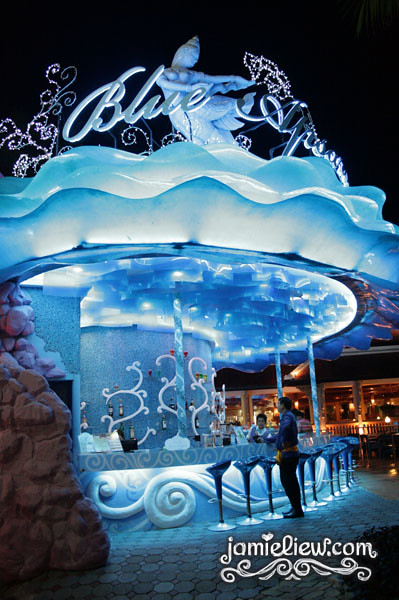 the most beautiful bar I’ve ever seen. Swirls. I just love them. and for your information, this picture isn’t edited. it’s REALLY this blue and this amazing.

and if you love white like me, you’d LOVE this one. even if you hate white, I guess you’ll still love it. 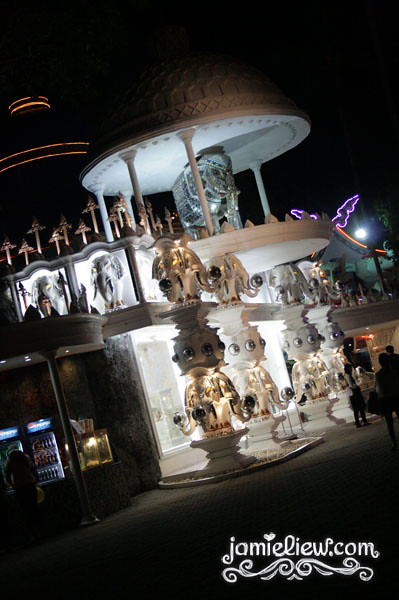 TADA! the white elephant place. It looked like something that popped out from the fairytale. 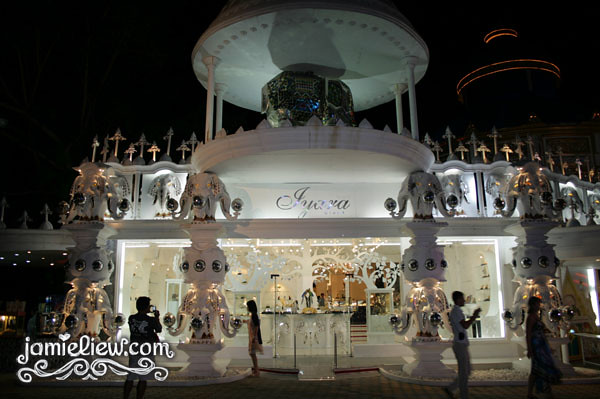 it sells luxurious items inside but usually everyone will just take a picture outside. look at the stuff inside too, it’s magnificent. 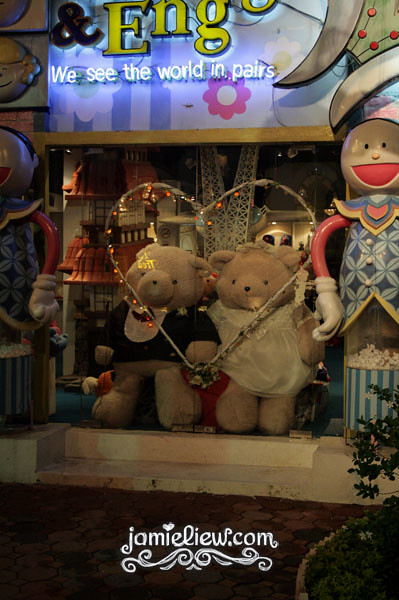 those. are. gigantic. BEARS!

I wonder how much they cost. and if anyone ever buys it, where would they put it? 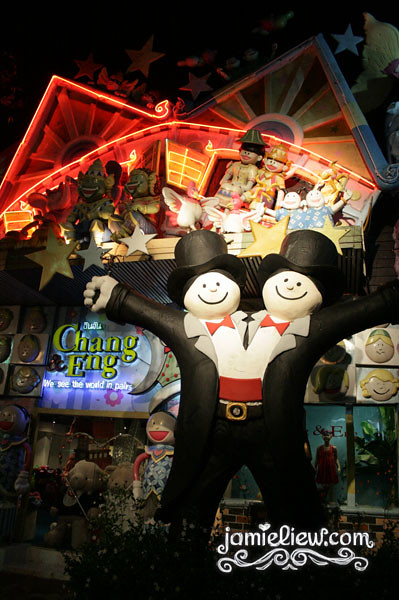 The Siamese Twins, Chang and Eng. =D. read about them since I was young. there was even a musical for them! there are also other siamese twins that looked like the sculpture. but I always wonder how they secrete their “wastes”. =/. which brain will adjust the muscle contraction and all? =S.

Chang and Eng had their own pair of hands and legs =D. 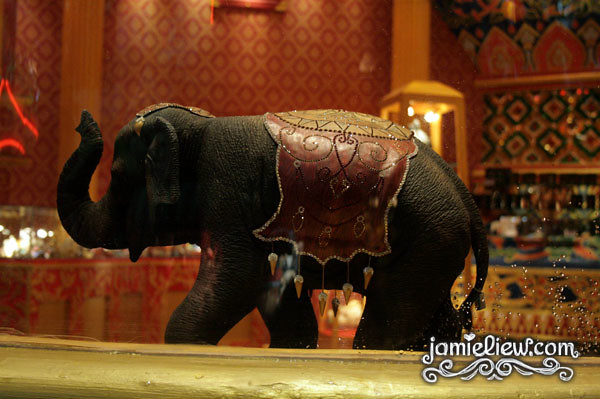 the superb real looking mini elephant with a lot of expensive bling blings displaying on this posh jewellery shop. it was so posh I didn’t go in =X. and it was closing already T_T.

lets move on to the main point, shall we? =P. 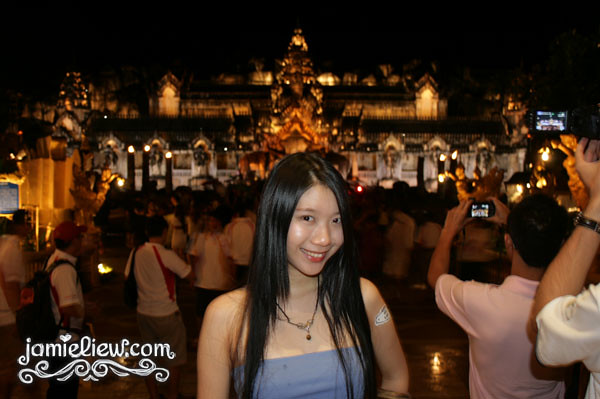 it’s the bloody most awesome building I’ve ever seen at night. 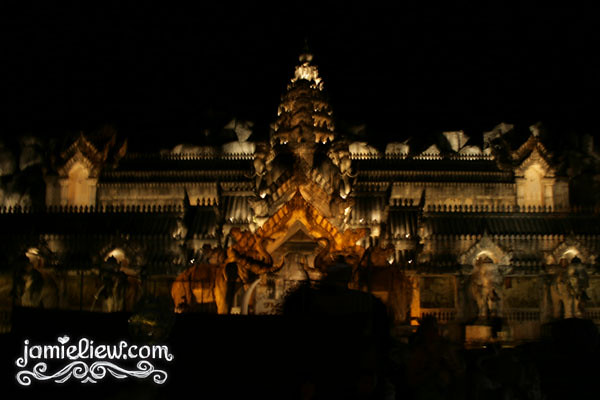 it’s phenomenal. with awesome siam style in its architecture and those very witty way of installing the light. 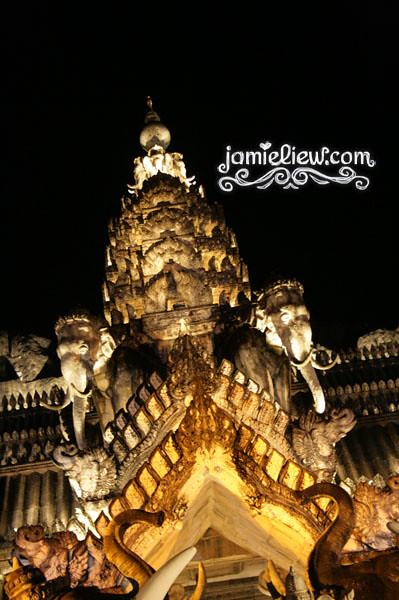 an even closer look! 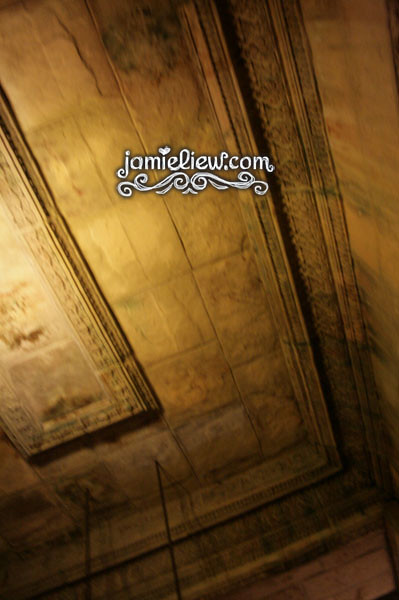 the interior. I TOLD YOU everywhere was detailed. =P. 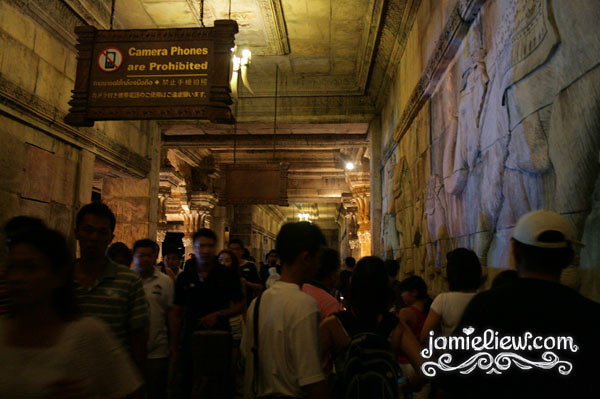 look at the alleyway! there are ELEPHANTS CARVED ON THEM. along the whole walkway!

and yeap, the sad thing was, NO CAMERA’S ALLOWED. you’d have to let them keep your camera during the show. sigh.

the show was beyond what words can say, some might find it boring, but the choreography of their dance and how…. chickens know their directions opps. I shall not tell more. hehee. it’d really worth the watch. DON’T BE STINGY AND JUST GO FOR IT AITE! 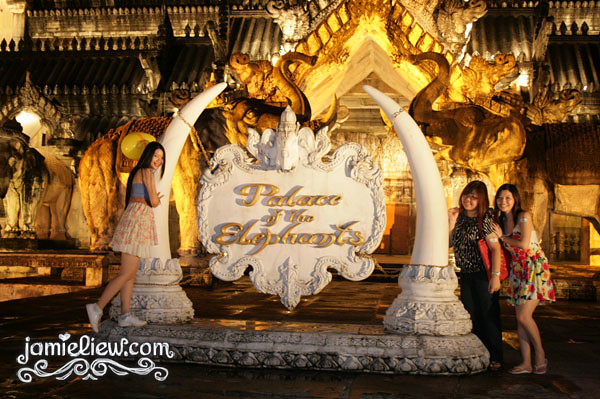 and don’t forget to take a picture at the entrance =D. took it after the show because it was drizzling before it. and in front of the entrance, there are about 4 elephants walking round what I’d call the round-about. and you could actually sit on them. hehe. it feels really grand. 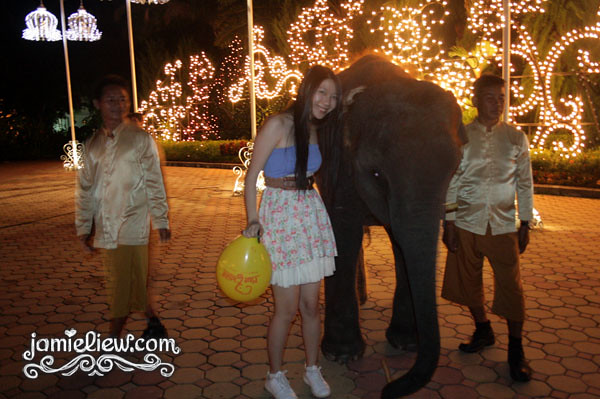 you’d also get to take pictures with elephants that performed in the show after the show. they are very tame @@. I actually pity them. I felt that they were tame because they were being tortured. example : they pull his ears and at times uses some sharp metal thing to poke onto them. my friend commented that it is just so that the elephants will learn well. but it’s still cruel T_T.

PS : I had elephant massage. it literally STEPPED on me.  =X. it was comfy. but the elephant kiss is slightly too wet. =X. 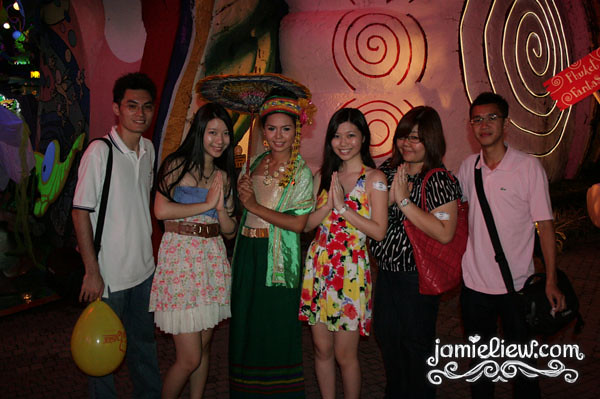 Hello.
Your pictures are very nice.^^
I felt happy.I would like to go there…