there is so many reasons why you should love FantaSea.

the main reasons are :

1. the FantaSea show is one of the best shows I’ve ever seen. you’d be so amazed by it, trust me.
2. their buffet serves VERY DELICIOUS food. I hated international buffet’s because they always sucked. I’m very picky. BUT I LOVED THIS ONE.
3. the place is BEAUTIFUL. 600million bhat was used to build this place. how can you not visit it? it’s spectacular. and I am being very honest. they say, you’ve not fully been to Phuket if you’ve not been to FantaSea. and if you have time, go for Simon (pronounced as Simone) Cabaret to see beautiful Ah Guas. heard that it’s very good too =D. 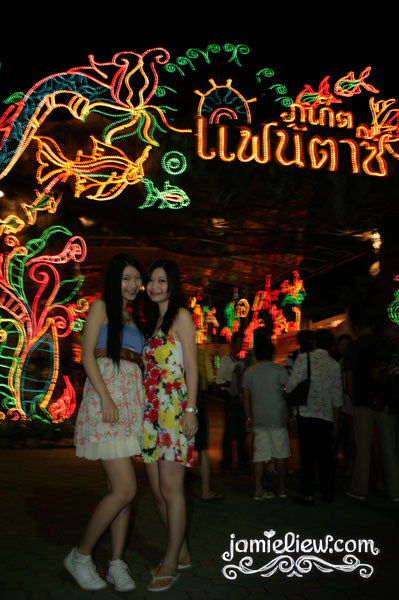 OKAY, for the pricings.

it’s BEST to book it at the airport. once you’ve got your luggages and you’ve came out, you’d see many booths and you can just ask for hotels there. what’s best is, you can BARGAIN. if you’re white, you’d most probably get to be seen as a rich man. because it is pretty true that whites earns more than asians. so if you’re asian, just go ahead and bargain!

note that :
1. you’d need to fill in your hotel name on your Alien card. so I suggest you to do some homework on which hotel to live in before you go there.
2. booking hotels at the airport saves you MORE THAN HALF.
3. I stayed at WhiteSands Hotel along the Patong beach. it was recommended by my mom. no doubt, it’s really comfortable and cheap. but that is if you stay at the new rooms. but the lobby is nothing glamourous, the rooms are just really comfortable.

we got our rooms @ 1000bhat per night. we did not bargain for this. =D. it’s pretty fixed.
FantaSea @ 2000bhat per person. we had VIP seats for our show, too. my mom got hers at 1500bhat on low season without the VIP seats. so whatever it is, BARGAIN.

2000bhat is worth EVERY CENT already. 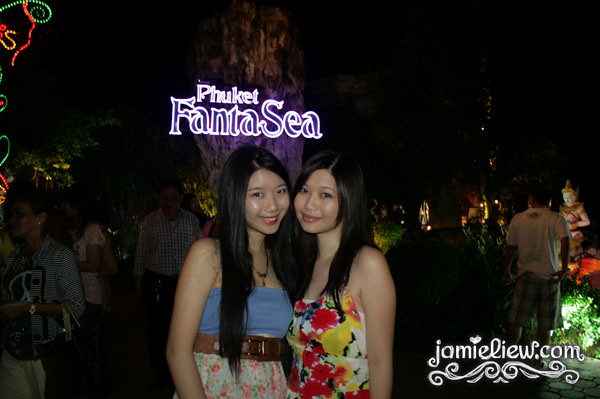 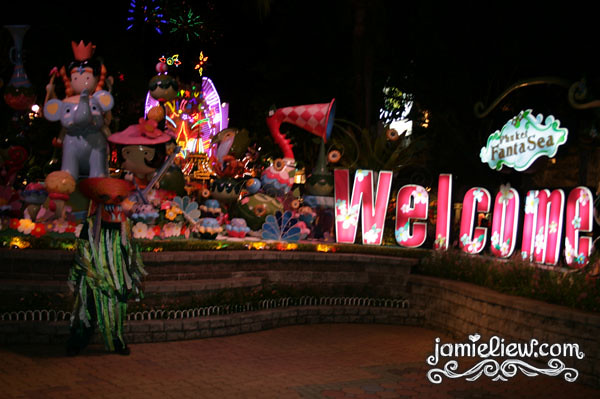 that’s one of the performers at the show. =D. 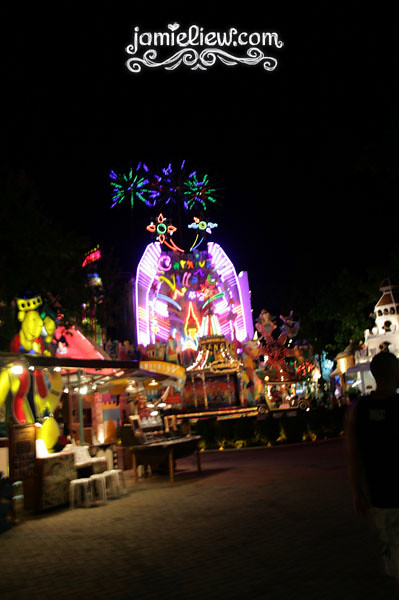 those are faaaaaaaaaaaaaake fireworks. but the place is beautiful. it ain’t disneyland big, but it’s enough if you’d go there by 6pm. we had our van delayed from fetching so many people. UGH. our time there was pretty rushed. so please go in a big group so that you’d fill the van and have NO DELAYS. that would be 12 people. =D. 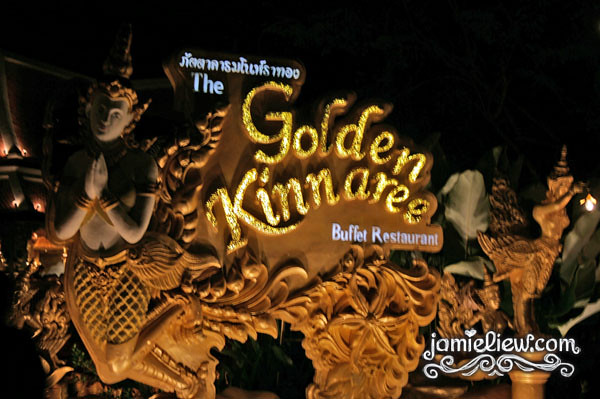 this is the AMAZING BUFFET DINNER. 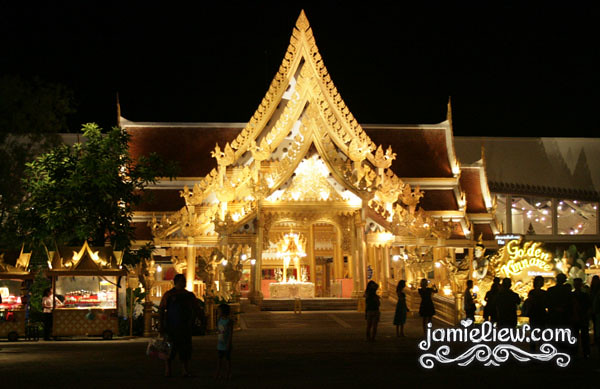 the buffet place. it’s damn crazy. it’s so grand it makes you feel lucky to be there! 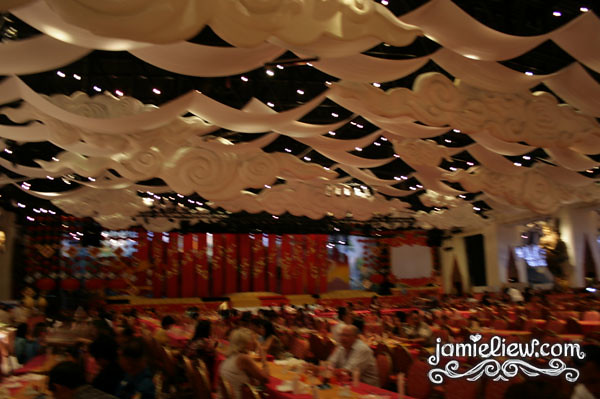 the first glance of the halls. you’d actually get divided into HALLS. VIP’s have VIP’s hall which is in a room. I was so hungry I didn’t get a picture pfft. 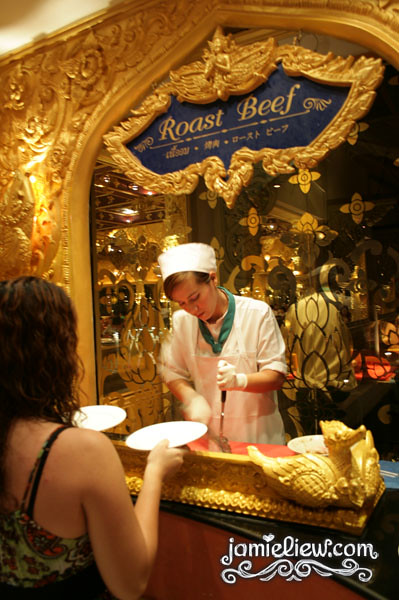 I took a picture of this counter because I love this counter. EAT IT WITH THEIR THAI SHOYU + MINT OR WHATEVER IT IS SAUCE. blackpepper is normal. wayy to normal. =D. I had so many plates of beef I feel bad for eating to much. too sinned.

other than this, they have a really nice roast duck counter where they served SUPER YUMMY DUCK MEAT. they don’t give you the lauya laupeh ducks I am telling you! they have a sushi+sashimi counter also. again, IT ISN’T LAUPEH at ALL. their salmon and tuna was so fresh and their portions were really big. THICK SLICES OF TUNA AND SALMON! best of all, the wasabi is really fresh! and best best best of all, SITTING ON THE OPPOSITE TABLE WAS THIS REALLY HOT GUY. I think he is Malaysian pfft. but he had tattoos all over his body, like sleeves T_T. he is the hottest guy I’ve seen, whom isn’t korean.

okay, their desserts are really good too. my sister commented that it is better than secret recipe. hahaha. 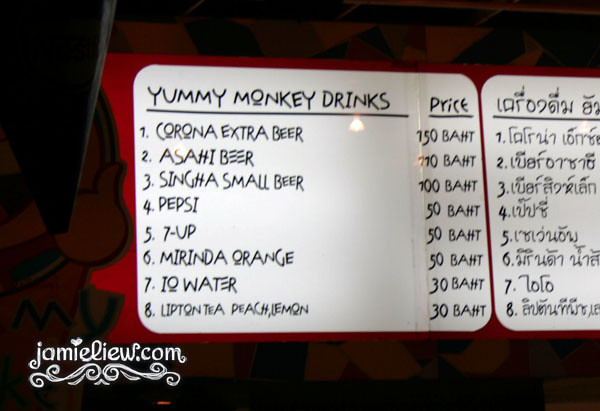 some counters outside selling overpriced stuff. but it’s okay. I mean, buying things in disneyland is much more costly. 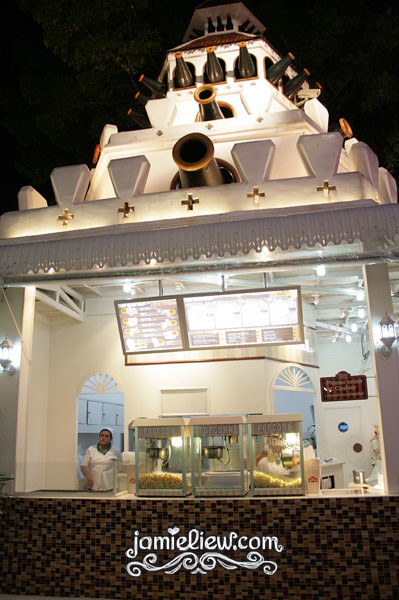 and all their decos and designs are so nice. pfft.

MORE OF FANTASEA TO COME!

Hi Jamie,
I’ve read your blog for quite awhile but never leave any comment.. hehe.. anyway, something to ask u. The Fantasea u bought was 2000 bath rite? isn’t include the dinner there?