walked all the way from KLCC after Nanta to Neutral! I thought it’d be scary but no. it’s pretty near and KLCC have very friendly guards to lead you. it’s right next to Modesto’s. Modesto’s served very good food for this event. absolutely delicious. and what I wore was pretty last minute. I brought two dresses over there. one, zebra, another, bunny. I brought the bunny band. but bunnies are a bit.. hmm, common. so finally, I decided on being a ZEBRAAA =D. had all my make up done there! awesome not?! >=). 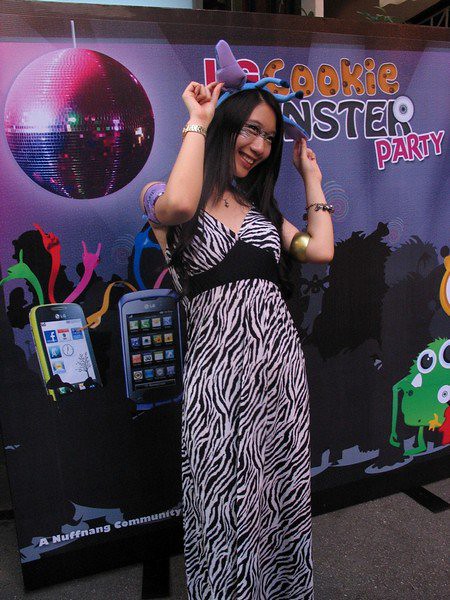 hello! I am not stitch. I am just a Zebra wearing Stitches ears. you might think, I am NOT really a m0nster. but if you’d see a Zebra in human form, what you’d call it? heh. =D.

PS : TAN ZEBRA T_T. and it takes me forever to get fair. pfft.

actually I wanna be fair so I can be mistaken as another race only HAHAHA WTH. 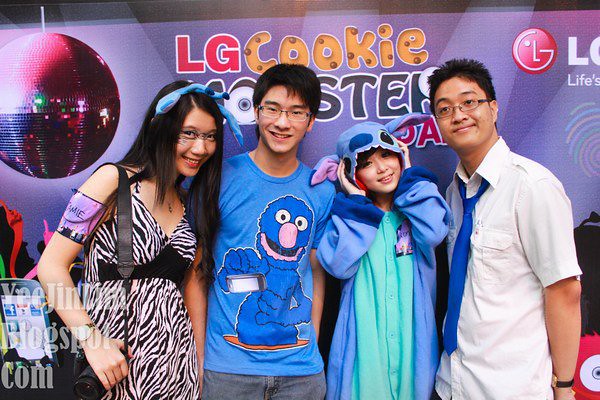 Yee Jin, Hooi Nee and Lionel. they all had something blue, and well, me too even though it’s borrowed keke. 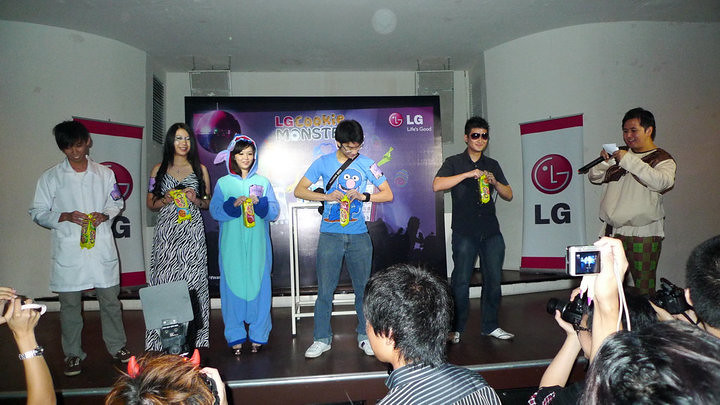 participated in the COOKIE EATING CONTEST! guess who won?!

of course not me lah T_T. those guys were putting THREE in a row. by the time they are done with theirs I am not even 50% through. guys are mad. pfft. 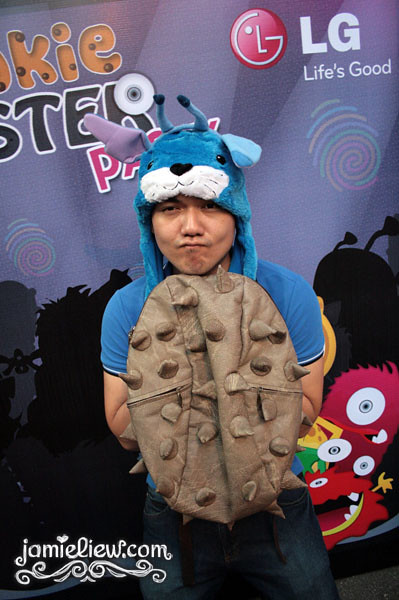 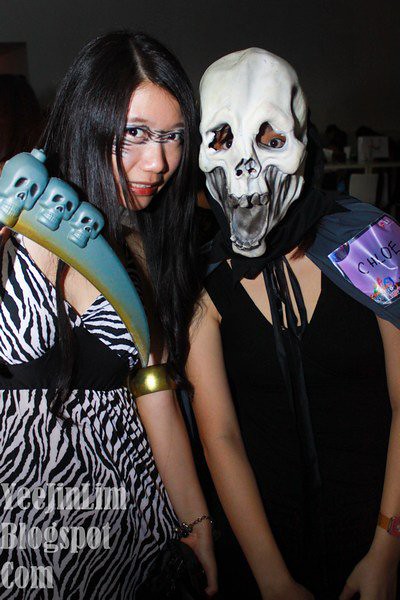 she wore a cape! and that stick is just too awesome. 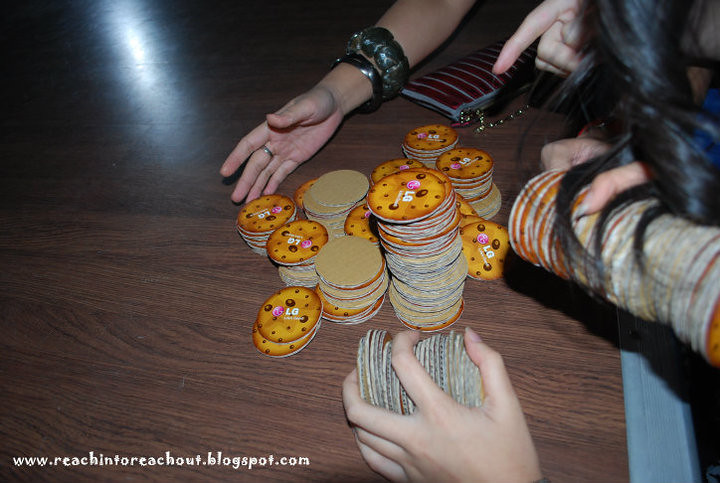 we collected cookies to bid for some disgusting cookie and hoped to win a phone but there wasn’t any T________T. how sad pfft we did the nobody dance for NUHTHINK! okay, for a pair of gold class cinepasses and a CD. hahahaa. about 6 of us shared! how to divide?! T_T. 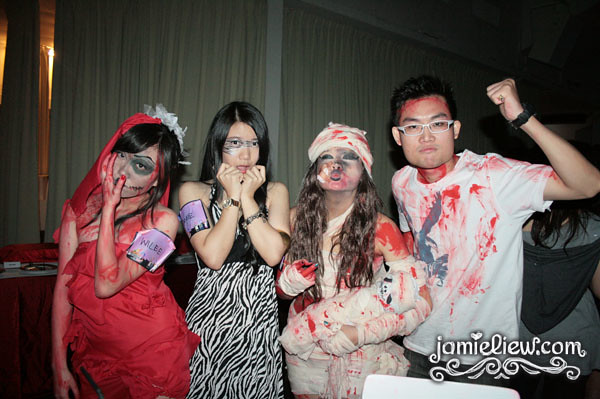 Coco, the mummy. she won a best dressed yo! I almost felt like I was attending a halloween party HAHAA. but she even made a little baby monster to accompany her. respect! and they all did their own costume out of erm, cloth they can find.

those blood, are POSTER COLOURS. dangerous to touch them. HAHA. (poster colour can’t be washed off =(.) 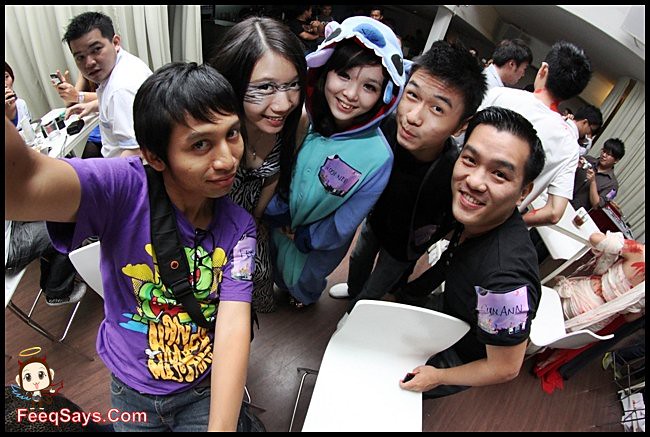 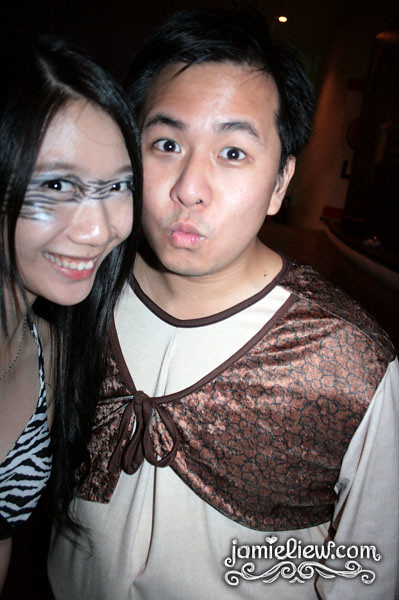 my mom reads his blog. I am serious.

she told me she was bored and wanted to read some interesting stuff and I introduced her to Kennysia.com. initially she was telling me “huh? who is this? the website so normal one?” and after a few days, I find her stalking ALL Kenny’s posts. hahahahah! 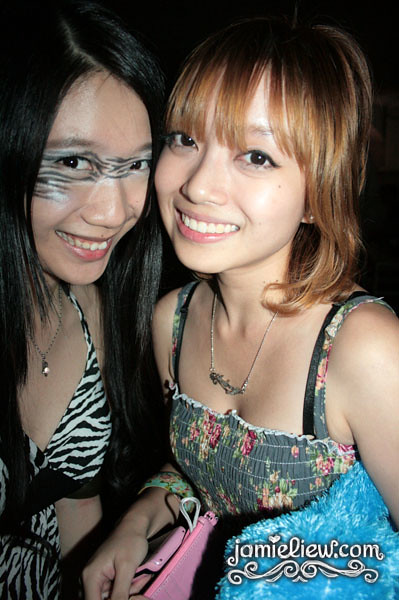 she complimented on my dress and I told her, it’s only 30 bucks! and she went all frustrated and said “AHH! MINES 35!” she’s so cute +D. 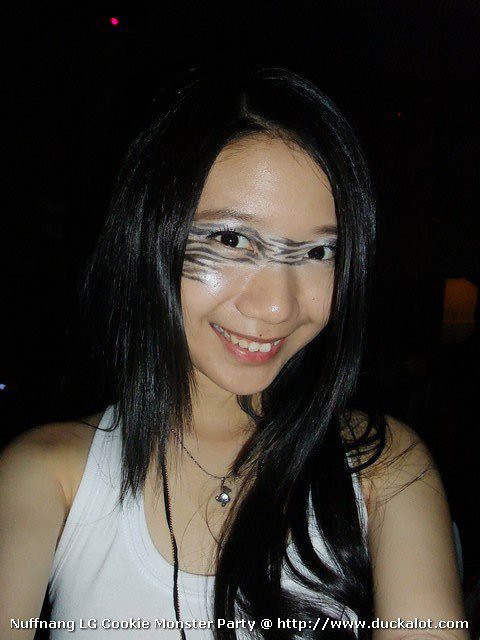 closer look at my face art? =D. drawn with eyeliners. white and black. by me! =D.

now pat on my shoulder and say “good job!”

hey where did you get your dress from ? 🙂