this is one of the more famous restaurant, called the “Famosa Chicken Rice Ball Restaurant”. it is located at Jonker Street but the one I had was.. where my GPS took me. it’s at the shop lots. =D. pretty near to Tan Kim Hock’s branched out shop. =D. 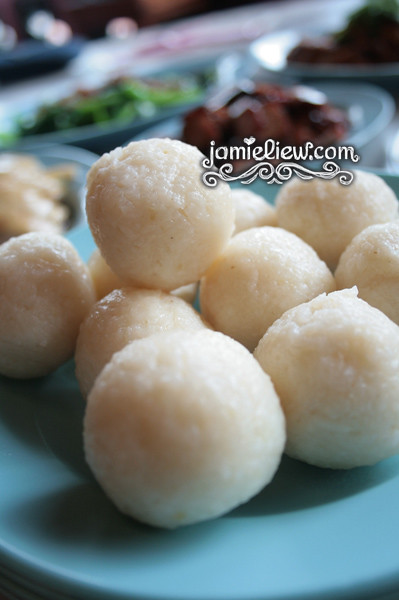 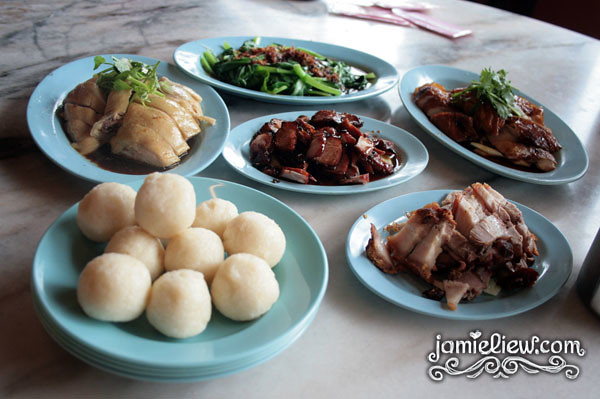 we ordered pretty much just for the 3 of us. there was another plate of that rice ball. it is said that 5 riceballs = 1 plate of rice. but it doesn’t fill you so fast, because it’s in that form. haha. their poultry was.. quite good, not very but quite. I liked the chilli though =D. it is worth a try I’d say, but not something I would crave for. 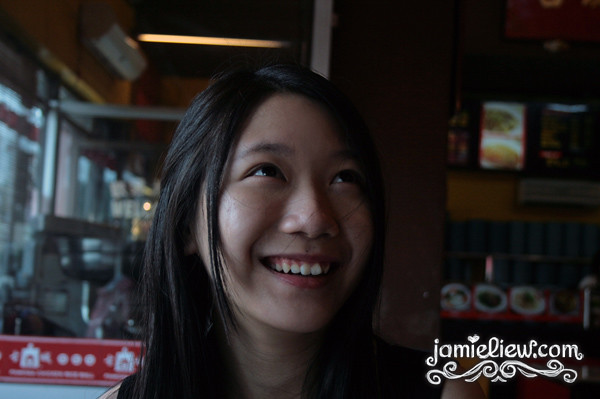 I seldom have candids because I am very alert at when the camera points at me. but when other people are playing with my camera for an excessive time, I’d pay less attention. =D. 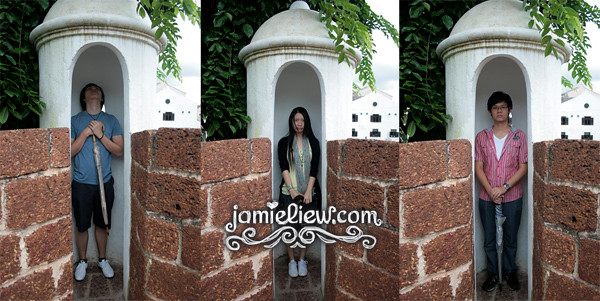 Malaysia’s next top model poses. HAHA. just joking. that shelter is so small if I were fatter, I couldn’t even squeeze in. the guys had to go in sideways already!

this is actually a trip suggested by Darren. he wanted to go on a short road trip as his birthday celebration with his two besties! awwwwww <3.

ugh, I HATE wearing flats whenever I meet both of them. they make me short. 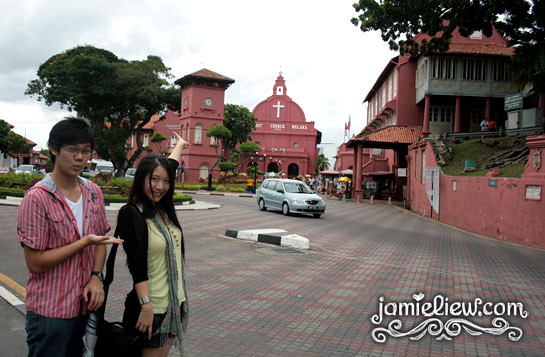 we saw some Japanese aunties posing like.. how Darren’s posing. but much more dramatically. so we decided to do something similar =D. is it me or are the building’s fading. but red is no good, according to colour studies, it makes you more aggressive HAHAHA. =D.

Malacca is now under the world heritage site, by the way. =P. 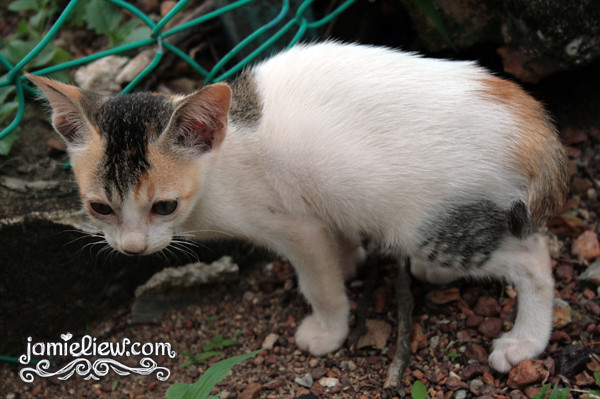 I am scared of cats. not kittens but cats. they aren’t big but they’re always looking evil. >_<“. 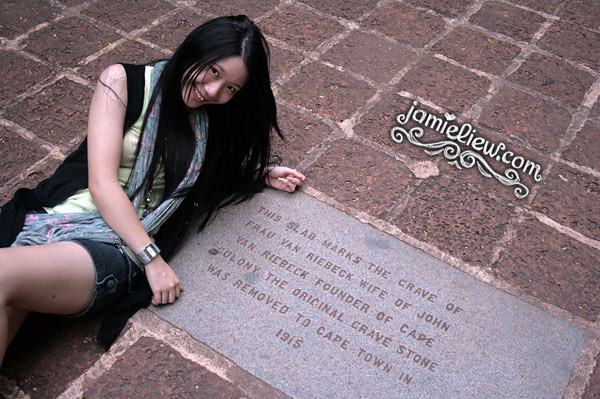 my initial Idea didn’t work out. first, I had too little make up on. second, I don’t look emo, third, the weather ain’t helping me out on lightings. 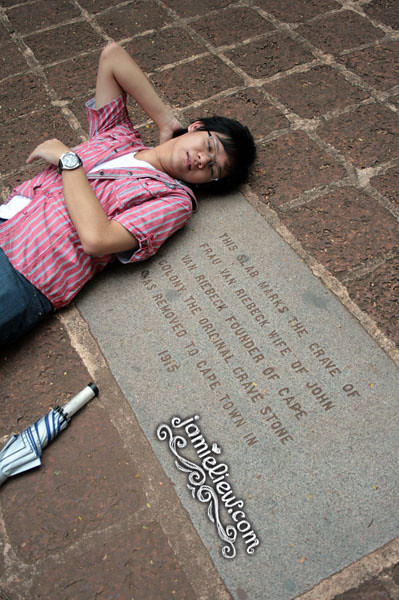 so here’s the big poser trying to express my idea. phail. 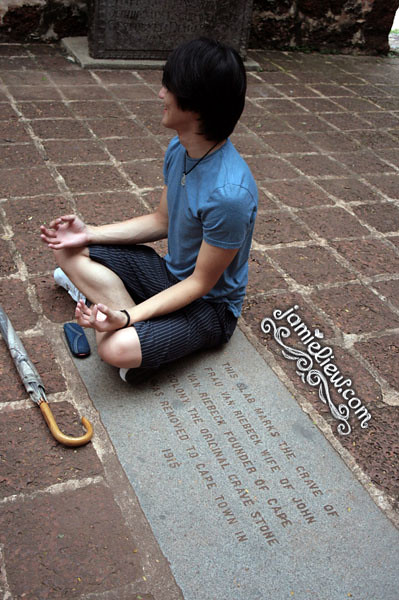 he is usually not camera shy. just with mine. probably he knows it’ll be HERE. =P. 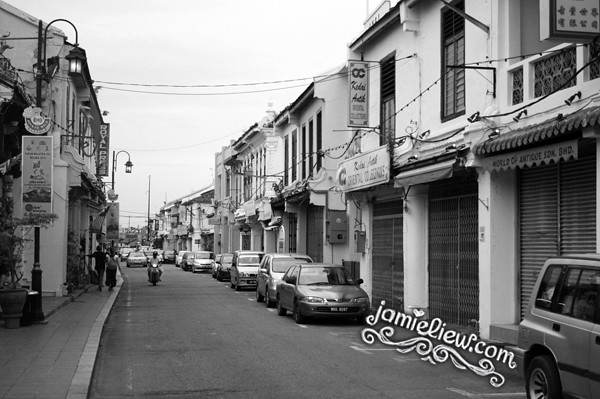 Wei Zhong’s work of art. the streets of Jongker on a weekday. 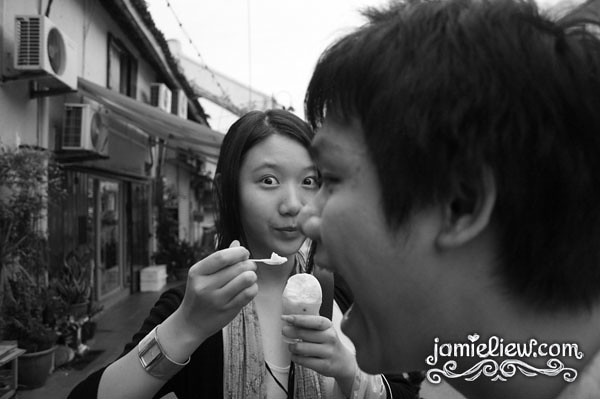 it’s true. life would be dull and boring without him. heh.

Did you try the one in Jonker Street? “He Ji” chicken rice, that’s one also very nice.