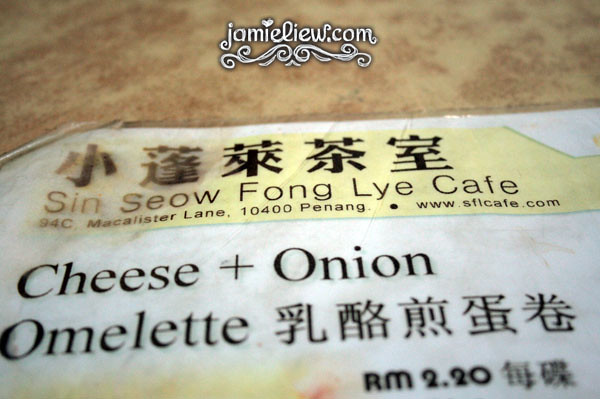 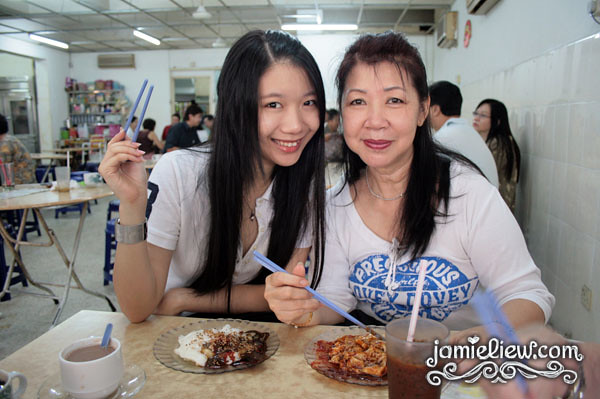 I don’t really look like my mom =X. but we both love the chee cheong fun very much. we both had two BIG plate EACH! 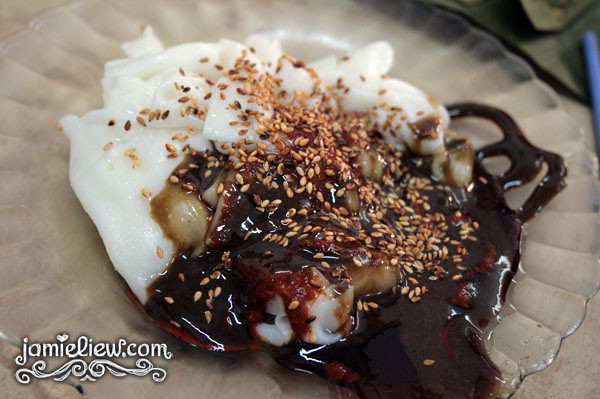 TADA! the Ha Kou Chee Cheong Fun! <3. the best thing I’ve ever tried. but if you hate ha kou, then don’t try it haha. 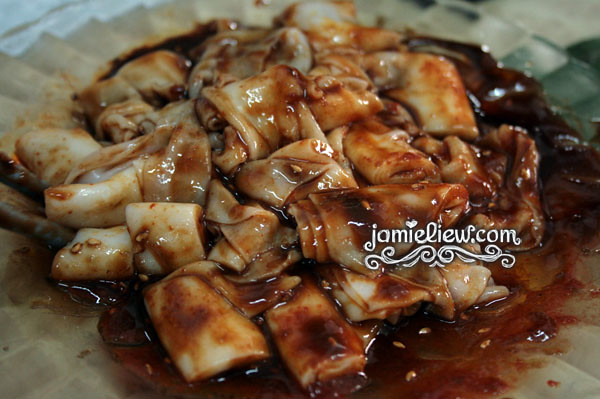 after being hit by the hazard caused by my chopsticks!

okay the shop is not only famous for these. 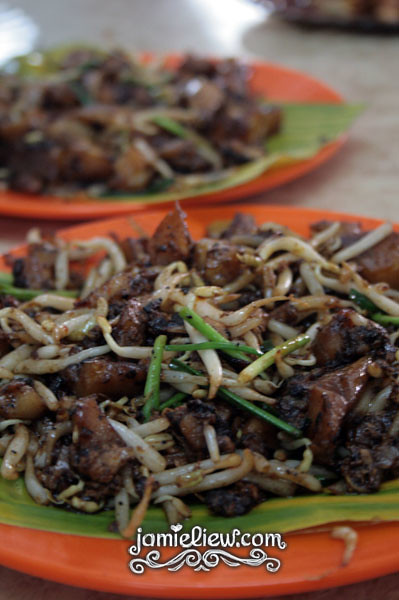 their Char Kuey Teow is very famous as well. but the thing is, 90% of the kuey teow you can get will satisfy you. it isn’t the best, but it’s GREATTT. 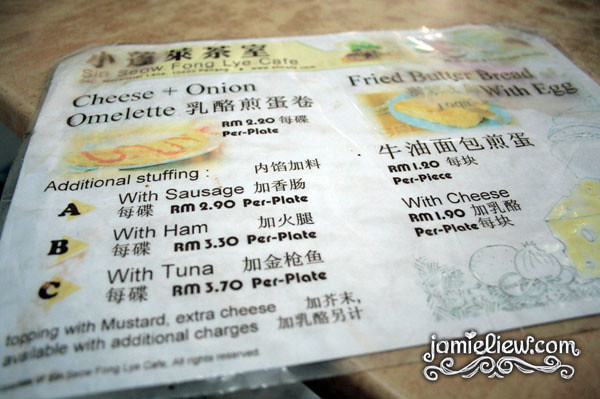 their menu. I had Omelette B, C was sold out T_T. trust me, it spells D_E_L_I_C_I_O_U_S. I thought it was just normal omelette at first so I didn’t take any picture of it. they didn’t use normal cheese. they used CREAM CHEESE. oh nom nom nom nom! 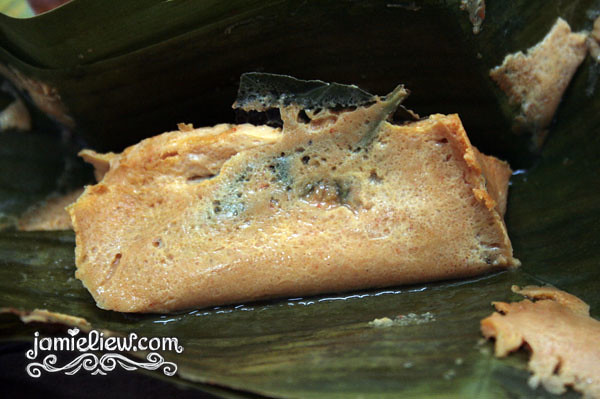 otak-otak. I prefer the ones here compared to the ones in Muar, I’m weird. >=(. I like how they have those vegetables in it. YUMM. but the one sold at this coffee shop ain’t as good. go buy it from the “neighbour”. 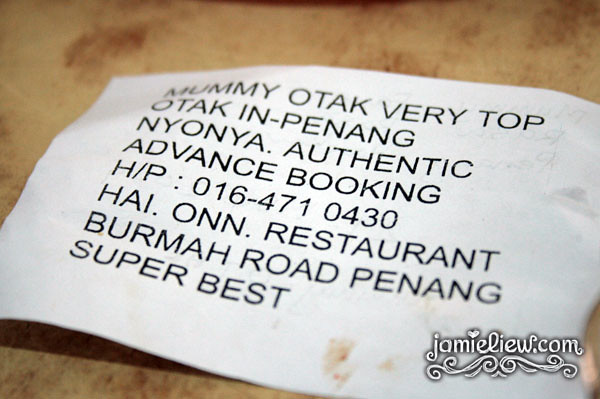 here’s the neighbour’s contact. not sure if it’s RM2.50 or what. somewhere there. it’s seriously damn good. T_T. I wanted more but we only went there once. sigh. 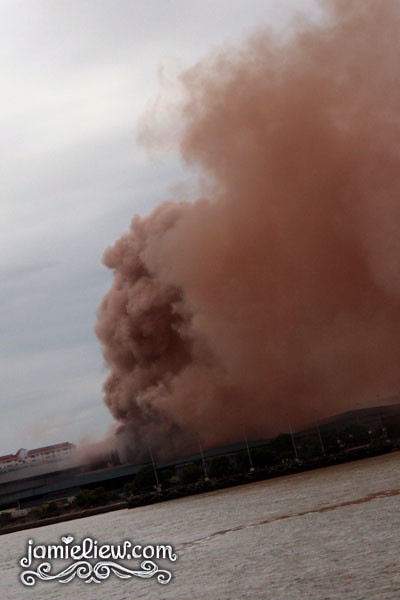 and on the ferry, I thought I was going to face the most tragic situation of my life. the PETROL factory (Shell) was in that state. lucky it didn’t blow up or something. I was literally scared. T_T.

Eh your mom didn’t tell you this? She picked you up from a rubbish bin that’s why you don’t look like her.

Penang also got a lot of good foods, this state you also cannot miss!

Next time you are in Penang, let me know. Couchsurfers in Penang are really active 🙂 I’m sure we can show you some great food, eat until you glutton up XD