Nanta and all that!

hello hello! I am such a lazy blogger. I went for this show 5 days ago and I am only posting this up now wuwuuwu not to mention the cookie monster is RIGHT after Nanta. but I am very busy with drama’s so i will leave it for tomorrow because I haven’t receive all the pictures. =D. 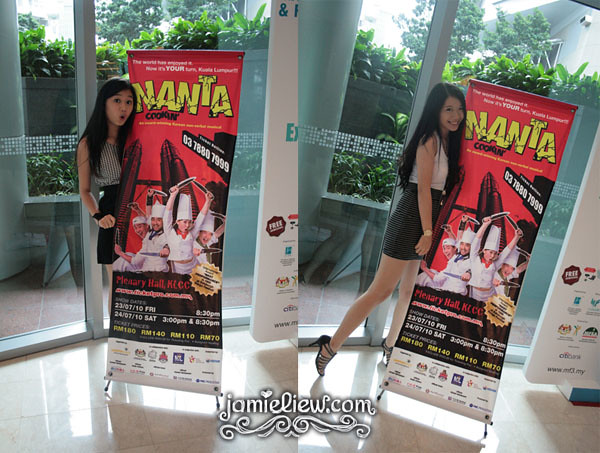 this is NANTA! I know you wouldn’t know what it is but here I am to explain. it is a korean(now you know why am I so interested kekeke) musical. they won some most entertaining award back in 1999 @@”. but is still entertaining neways! the tickets aren’t cheap though they are ranged between 70-180. the seats I got is 140 =D! you might think I am very rich now but no! initially I REALLY wanted to buy the tickets but of course I wanted to buy the lousy 70bucks one because I am so poor. but even it is 70 bucks I feel reluctant T_T. and none of my friends wanted to go T_T. SUDDENLY *lightbulb* I got to know that RED.FM are giving away tickets so I waited for them to say “SMS NOW” and I quickly sent in the sms and GUESS WHATTT? I WON MYSELF A PAIR OF TICKETS! 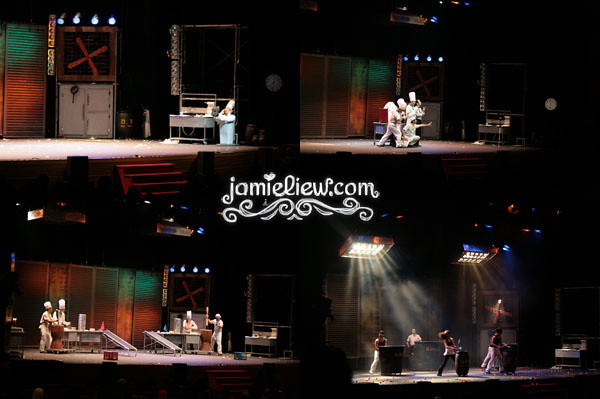 Nanta is basically a musical with performances of acrobatics, drums and… knifes?! just about anything you could find in a kitchen! the storyline is about a group of chefs hurrying to prepare a nice meal for a wedding. it was good because they involve the audiences as well, making it very joyful to watch =D. and the casts at some point, speaks in Malay hahaha it’s so cute. and whenever I couldn’t understand I will turn to Natalie because she’s fluent in Korean =D. 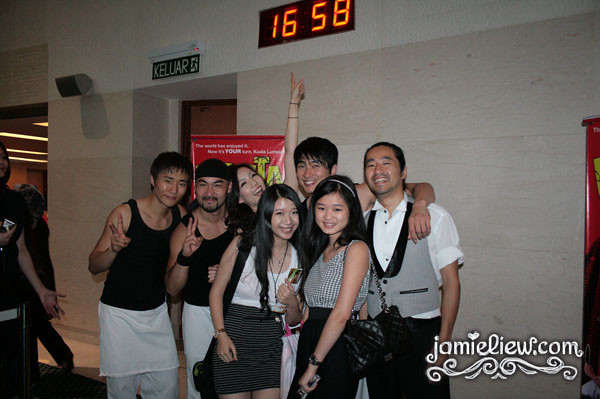 THE CAST! this is the second picture! *coughs*. second as in after 15minutes later take again second.

the queue was so long T_T we initially thought we were very lucky because we were in line at the very beginning but that uncle doesn’t know how to even hold a DSLR T_T. but I don’t blame him so me and Natalie went on a few rounds admiring those displays of Korea displaying outside Plenary Hall, KLCC and went back for the queue. the queue was shorter and to my shock, that guy said the queue is closed @)$&*@()$&_@#_!@. HOW CAN? so I kept telling him that our first picture was very blur and he let us in ^____________________^.

but Natalie was so shy because we knew that they would definitely recognize us. there weren’t many teens. =X. either quite old or very young. haha. and when we took pictures with them the first time the cute guy (the guy behind Nat!) and I forgot who said “beautiful girls!” HAHAHA *proud*. again, there’s not many people our age. T_T. 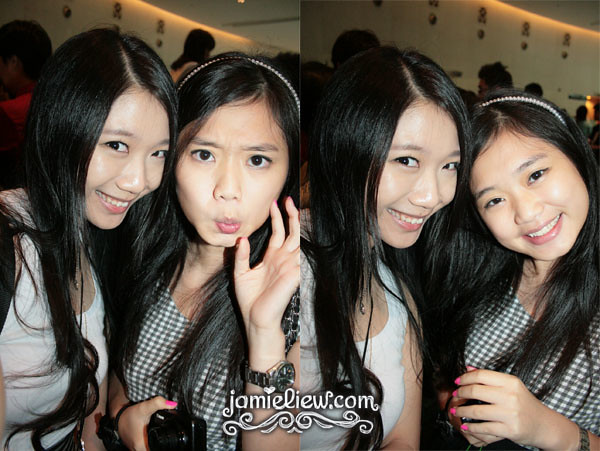 this is Natalie! she’s my favourite talk-all-about-Nichkhun person. because she agrees with me about how awesome and nice Khunnie is, doesn’t mind me being silly and she’s very cute =D. plus, she calls me Mrs. Khun and I love it. HAHAHHAA. check her blog for the similar post, she’s very funny hahaha xD. 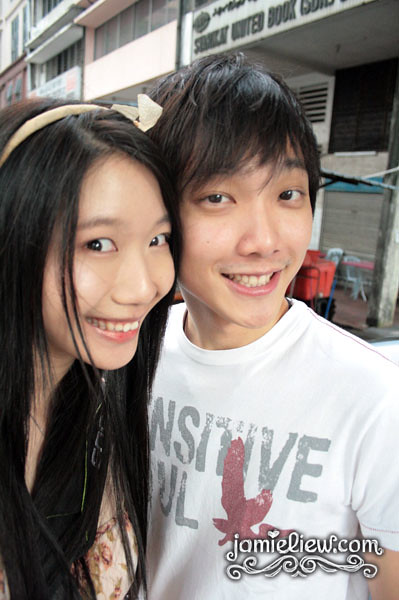 meet my twin brother. =D. his name is Jeremy and he is a DJ for RED.FM. picture taken when I went to collect my Nanta tickets! =D. I was so desperate for the Nanta tickets I sent in my sms REALLY QUICKLY for it. had my phone right in front of me =P. but unfortunately I only won the tickets, didn’t win my share of the 60k T_T. I send at most 2 sms a time, well. =/. some people who won said they sent 10smses! crazy right! but it is alright, KEEP TRYING KEKEKE. I’ve won two albums for the past one year also; Cheryl Cole and Pixie Lott. =DDDDD. 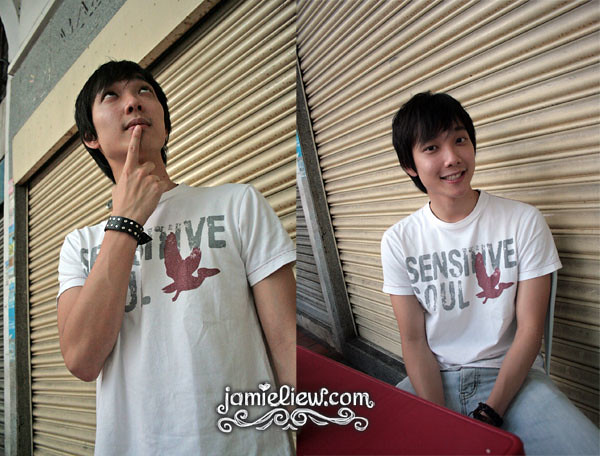 silly guy. he compares himself with Brad Pitt. and he is awesome like that =D. IT’S TRUE. 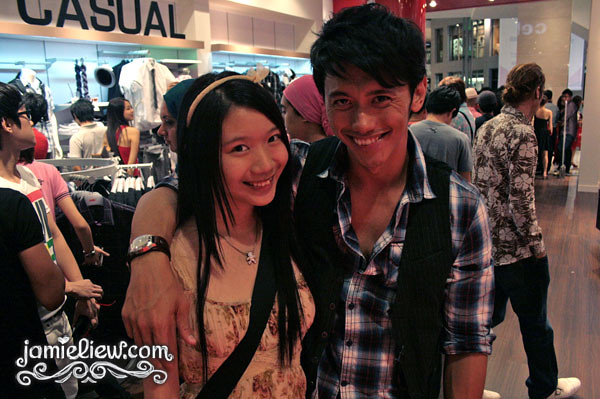