at Nikko Hotel. it is AWESOME. I have heard their songs months back and fell in love with their songs instantly but if you know me well, my korean song list is so long, I won’t even bother looking up for their faces. UNTIL, I have this opportunity to go to their press conference and showcase (thank you Nigel), I looked up for their video. and I thought, they are not bad looking!

PS : this shall be a short post! MORE PRESS CON PIX TO COME! 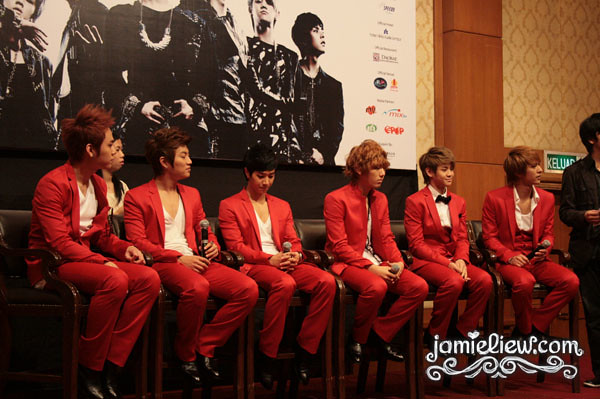 but the thing was, THEY ALL LOOK BETTER THAN I THOUGHT. they were all so hot. SO SO SO HOT. 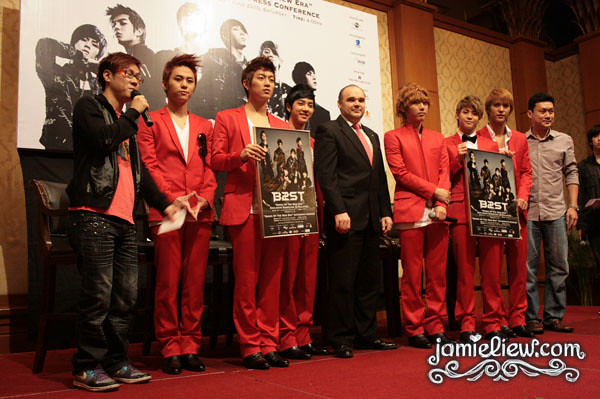 I almost went crazy when I saw Do Joon and Jun Hyung walking pass me to the toilet with his body guards. Jonathan told me to LOOK on my left and I practically went gawking at him openly. worst was, HE NOTICED! and he was looking at me the entire time when I was gawking at him with my jaw dropped. it was.. a rather funny situation. T_T. SUPER EMBARRASSING! 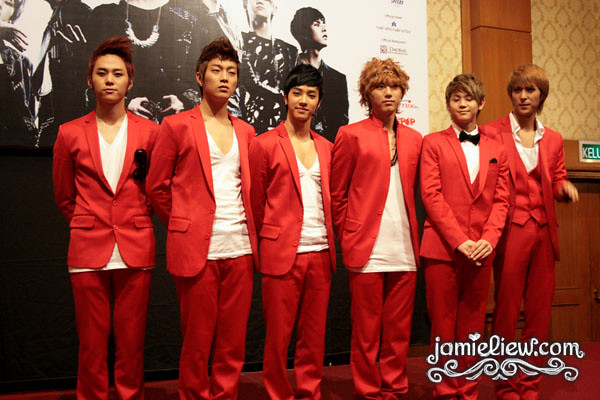 Jun Hyung (rapper. VERY CAPTIVATING LOOKING! he rapped with Do Joon for a while and it really DID prove that he could rap very well. loveeee him.)

Do Joon (my favourite, he said his talent is sports! leader. I like guys that looks similar like that, like.. TOP too. heh. very adorable, does many funny things! EXAMPLE OF HIS FUNNYNESSS : they said he kept disturbing other members during their interview. and next, Hyun Seung whose sharing the same room as him said that earlier this morning he thought Do Joon is still sleeping so he asked him to wake up but later he found him still sleeping so he attempted to pull Do Joon’s leg to find that it was all pillows while Do Joon is hiding behind the curtains laughing. HAHAHA xD.)

Gi Kwang (I thought he was the most good looking at first. very korean and all. =D. and very good voice! his looks ranking would be around 3rd! he showed off his abs! not sure if I have the picture. but Jason Goh has it!)

Hyun Seung (they kept mentioning about how nice his hairband was and that was his biggest impression! HAHA. and he’s also a great dancer =P.)

Dong Woon! (the MOST GOOD LOOKING OF THEM ALL! very Eurasian.) and since he’s the most good looking guy, I’d zoom in for you. hehehe. and he said his talents are playing the piano but there was no piano so it’s a pity =(. BTW, he is only NINETEEN this year! omg. almost the same age as me. T_T. 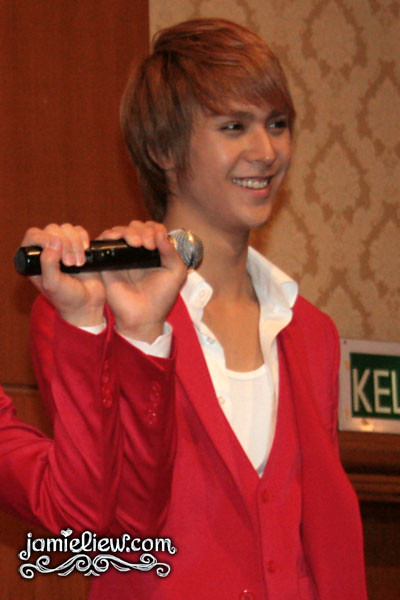 TADA! many people commented he looked like my Nichkhun! (okay, I still love Nichkhun the best out of all korean singers. BUT HE IS THAI MIXED CHINESE!) 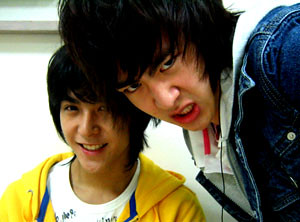 here’s a picture for you to compare Dong Woon and Nichkhun. LOOK ALIKE MEH?! but many people think that Dong Woon looks more of a thai compared to Nichkhun. HAHAHA. which is very funny because errr, it’s true. 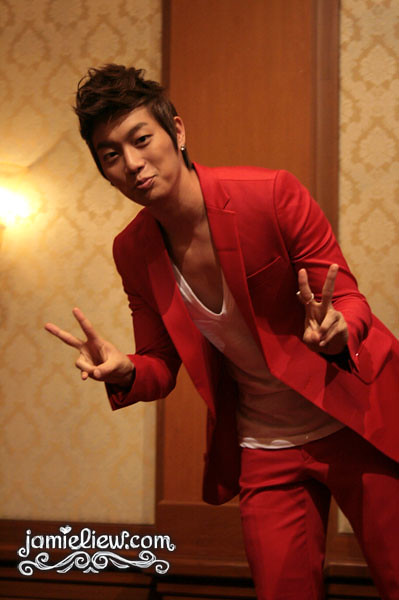 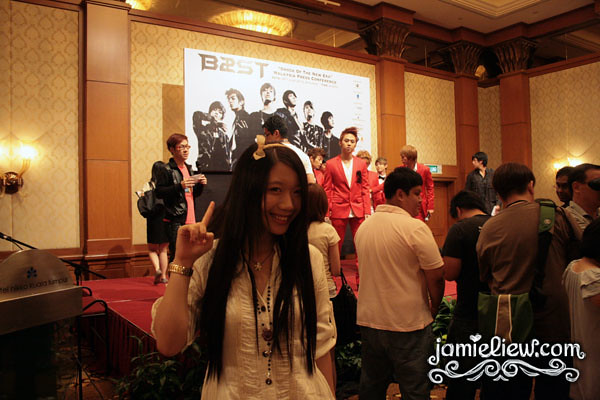 my assignments are killing me now and I think I will have no time even to sleep tomorrow. GREAT. T_T.