you just have to try it to believe it =P. 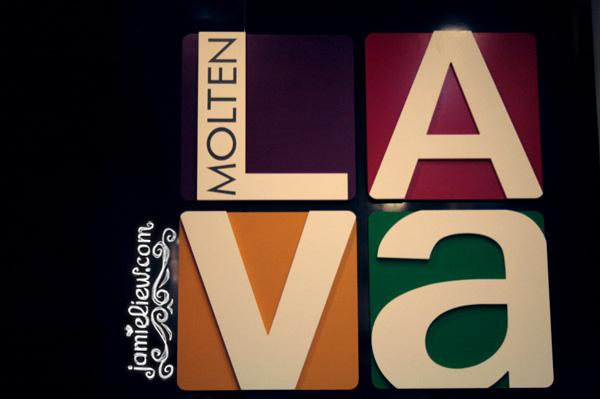 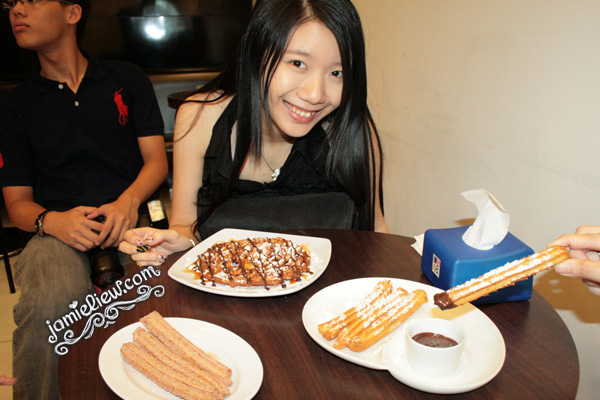 so firstly, let me introduce you to, CHURROS! they are Spanish doughnuts and they are quite rarely found in Malaysia. I don’t know about it but this is my first time hearing about them. 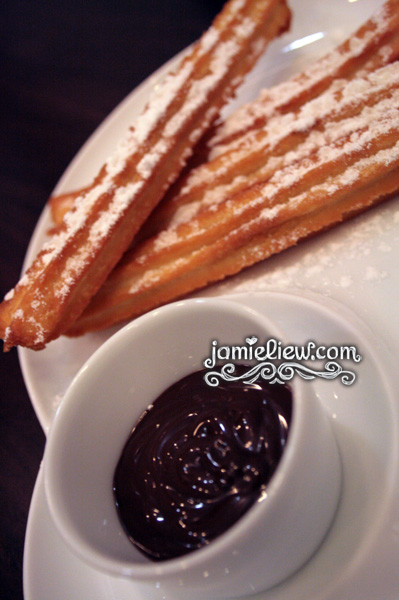 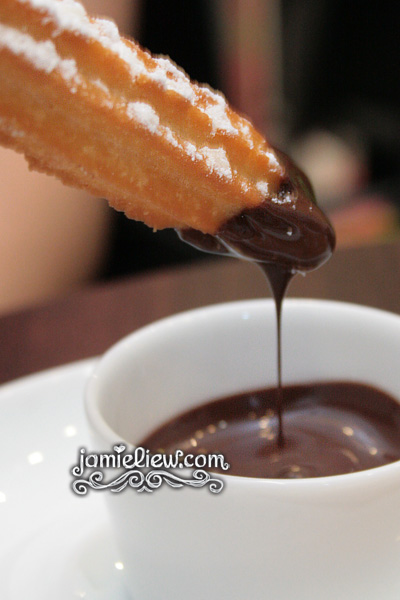 I totally leeched the flash from somebody else. hehehe. coincidentally! 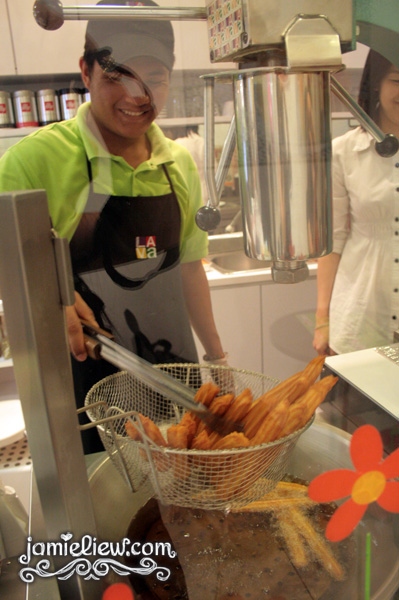 tada! the machine to make Churros! it’s big and it’s very very very cool. and, that machine isn’t cheap at all. so it is definitely worth it to try these yummy Churros. you’d be begging for more, take my words. =P. 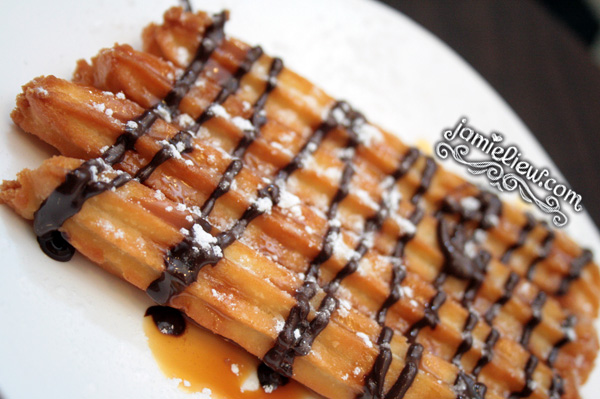 another chickened-out flash. =P. the advantage of taking pictures with many people taking them too! you STEAL their flash =D! 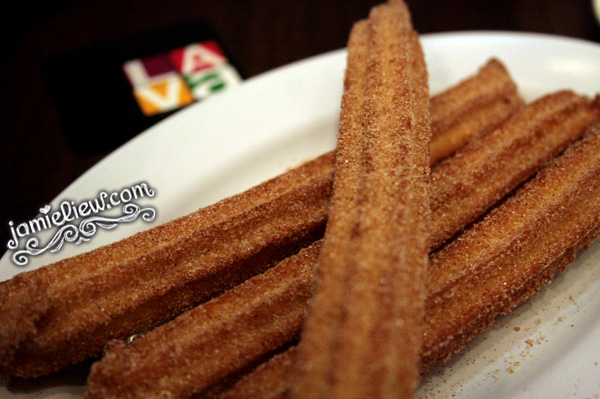 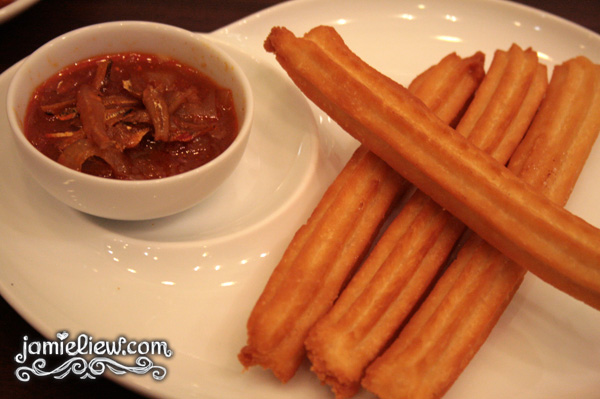 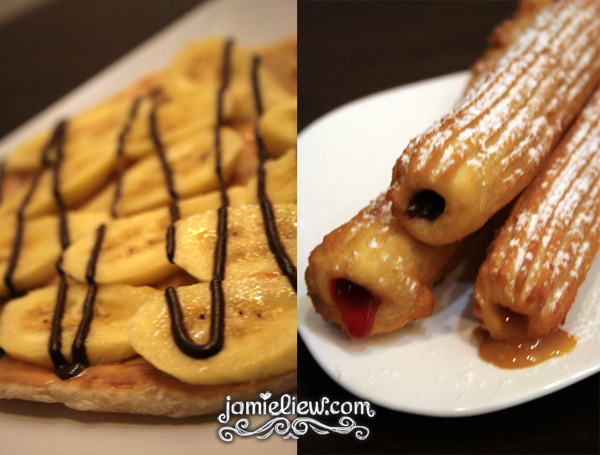 Banana with Peanut Butter Roti Paratha. everybody loved this but as for me, I have a little allergy towards peanuts. =/ sigh. uwahhh T_T. and the other one is HUGE Churros with fillings. it’s called the Filled Churros. there’s a variety to pick like chocolate, strawberry, orange and blueberry. =D. I like chocolate the best. xD. these bigger ones are more soft compared to the smaller ones too. different type of taste. still, it’s damn good.

so let me introduce you to the next type! FUNNEL CAKES! more familiar to those who have been to UK I guess. (I read about them, never had them before). these are VOLUPTUOUS! it’s really crunchy and the taste, heavenly. 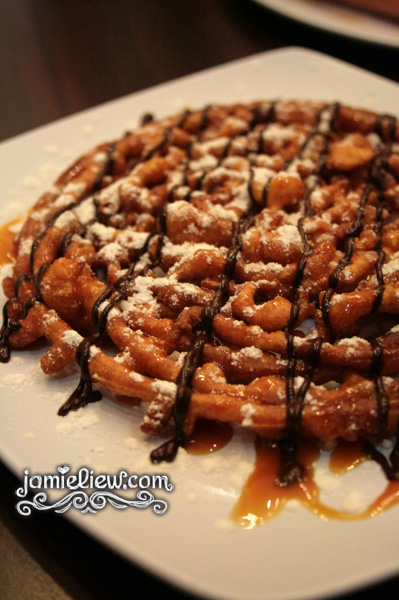 Chocolate and Caramel Funnel Cake! it isn’t really cake but it’s super duper yummy. my personal favourite. I kind of finished more than a quater myself when I’m supposed to share this with 9 people. =P! eehehehe. RM7.80. 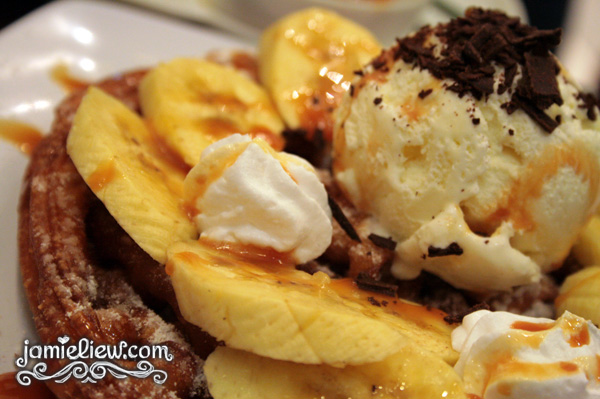 everyone’s favourite. we kind of all agreed that this is one of the best. its cold, crunchy and delicious. Banana, Caramel and Ice Cream <3. RM10.50, the price to buy so much happiness! HIGHLY RECOMMENDED. (blah, actually all of them are so good T_T.) 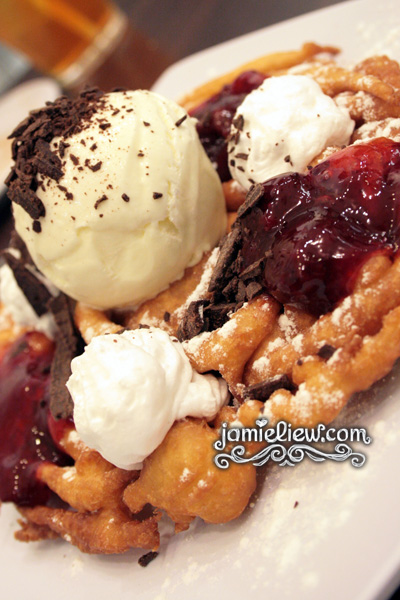 and here’s Strawberry and Ice Cream Funnel Cake for Strawberry lovers! they just have to serve it so prettily! makes you salivate by just looking at it. RM10.50.

okay lah, this one’s finally flash coming from my camera. lent it from Nigel. heh. =P.

Canon rocks! pffts at all the Nikon and Sony users. (saying this because I couldn’t lend their flash ahahha). 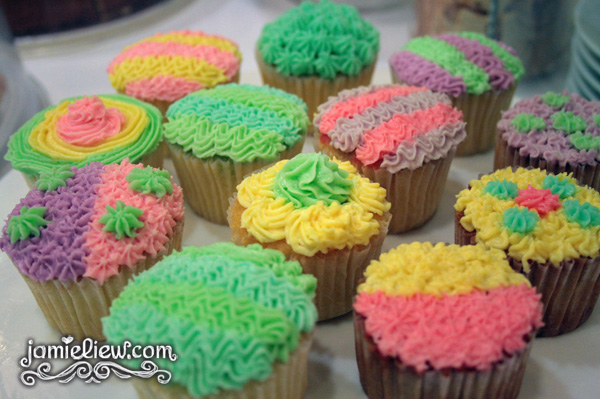 CUPCAKES! <3. unlike other cupcakes, they don’t only look good, they taste good too. really! the cake’s really soft and tasty =P.

how I know it? 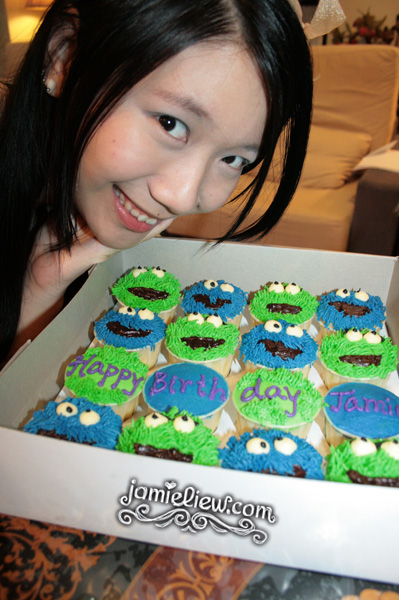 that’s because I have a whole box of them for my Birthday!

right, you can also custom make the cupcakes! =3. 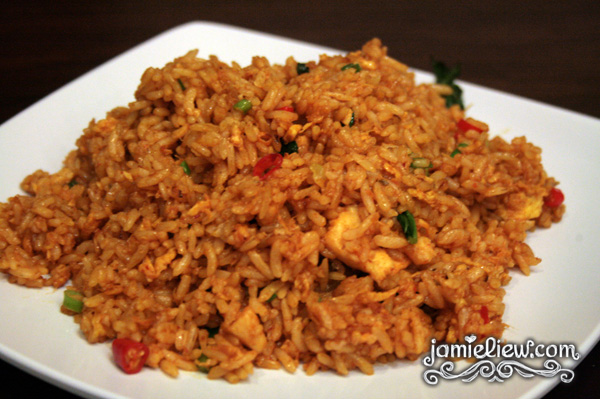 so that you know, they don’t only serve desserts. they serve meals too! and a fusion of a variety of food really. those special special one too! have you ever heard of Barley Coffee? well, you’d just have to go try it for yourself! =D.

warning! it’s really spicy. =P. which is, the best part. 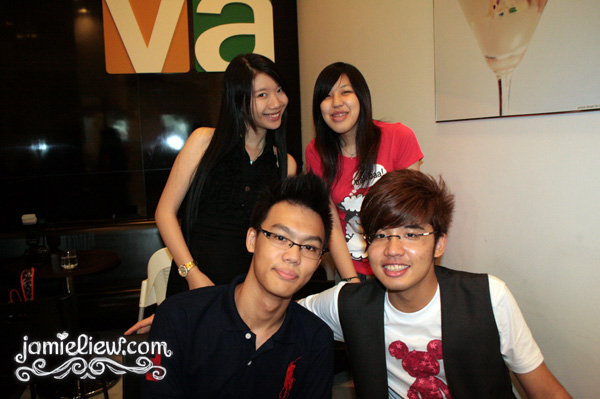 met up with my really old friend too! as in, I met her very long ago! not that she’s old! hahaha. her names Pei Li, screen name Krazygirl. but she ain’t really crazy. xD. 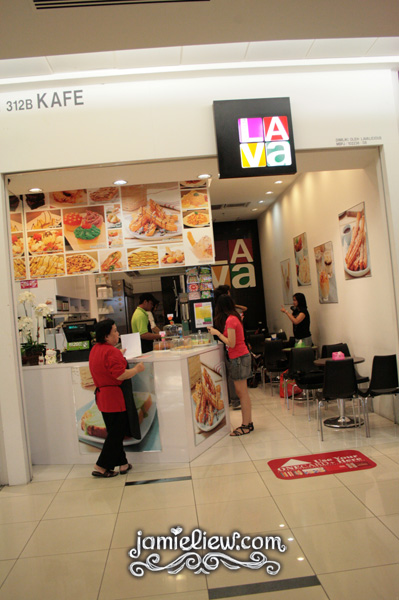 the outlook of the cafe. very clean and neat, there are more seats outside the shop too for your information. I’m just.. standing in front of them =X.

GEEZ, I need to go to 1U more. TOMYAMFRIEDRICE <3.

thanks Thong Kai for the food review invite! =))!

Oh Churros! Those are very famous in US…Love them too…^^

I want to eat churros some more!!!!

i missed this food review T_T

I am churros fanatic too =), had tried the churros from this shop.. it is somehow dissapointing as it is too hard and too expensive!

You guys should check out another Churros joint called Churros Royale at Low Yat, you will know the difference…

Can be as good as the one I had in Melbourne and Madrid!