I guess every one of you should know who Jason/SmashpOp is. =D. if you don’t, there’s his link on my sidebar. 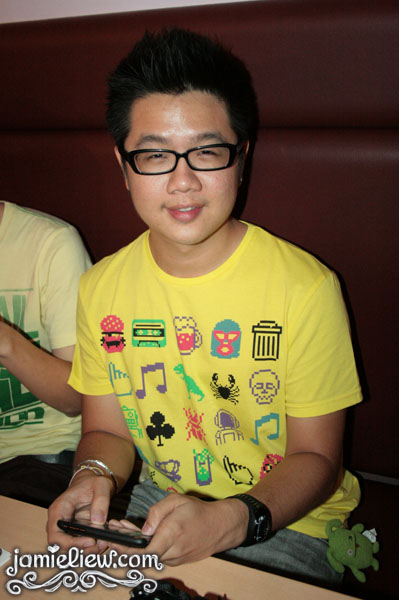 Hello! iz SmashpOp! =D. haha. his popular “iz”. he would be 13 years old this year. or 14. I met him 2 years back at Nuffnang’s event and I asked him about his age and he said he’s 12. HAHAHAHA. and at that moment I saved his name as “Jason the 12 year old” on my phone and to my surprise, it lasted until now! hahaha. 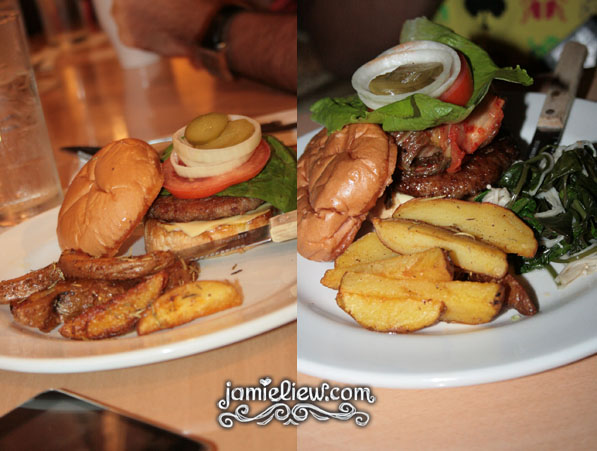 a little about Cristang is that it is located opposite PJ Hilton, in this row of.. new shoplots. it’s like the only restaurant in the whole lot. and whats famous there?

THEIR PORK BURGER. the first picture is their casual pork burger and the one next to it is called the KOREAN INSPIRED pork burger with kimchi and galbi in it. I didn’t have it but they said it’s good other than the low quality ramlee burger type of bread they used. 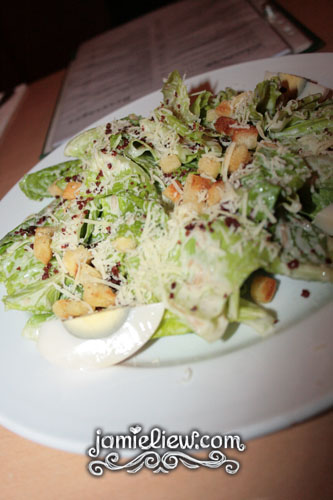 I had this, caesar salad. and no I am no salad girl! (those who pretends to not eat a lot and goes back home and cook maggi hahahaha) it is because I had dinner before it! not bad lah, their salad is pretty good but you should really order their mango juice if you’re there, it’s absolutely worth it! very fresh =D. 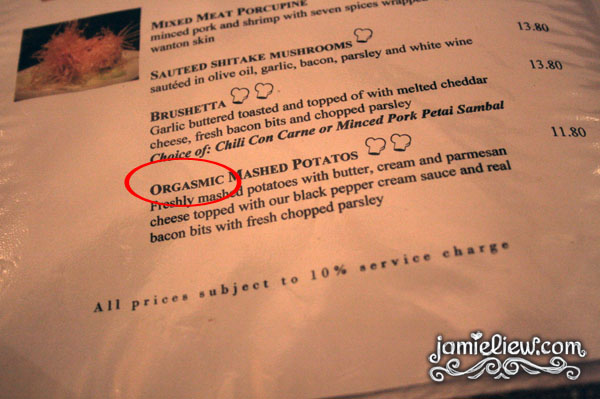 I have no idea why it is called ORGASMIC. I have a taste of it from Ev Ooi’s platter but it didn’t seem so “orgasmic”. the one in Chilis ARE THE ONE THAT’S ORGASMIC. 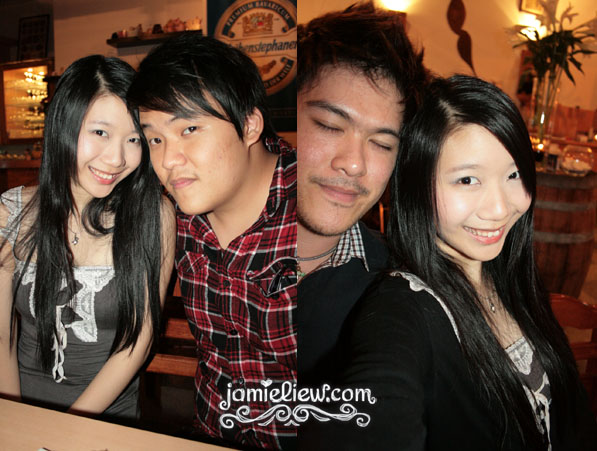 thank you both Gideon and Simon who drove me home and there kekeke. I am still trouble since I still don’t dare to drive out alone. it’s scary! and I’ve got my license for lesser than a month only okay! T_T.

imagine after c0ming back from NS, people would expect me to drive already but I’d still be scared HAHAHA. please understand people! T_T.

Simon just simply look cute with his eyes closed =D. more appealing no? =D. (sigh, he always close his eyes when he takes pictures with my camera. BECAUSE he said my flash is crazy!) 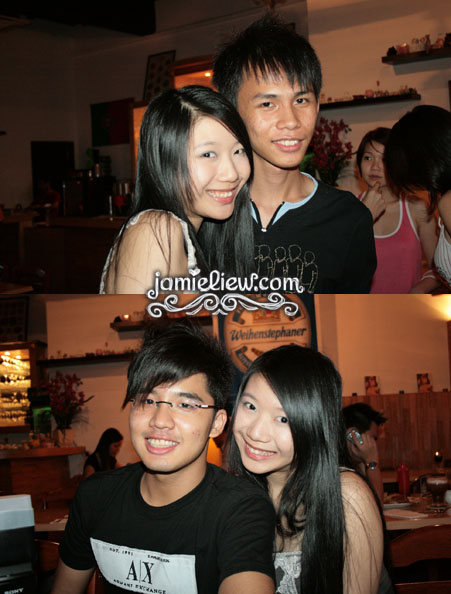 Bryan Lim and Devin Teoh and my oddest angle. I mean, my RARE angle kekee it’s really rare for me to actually smile at that angle because I think my hair covers most of my face and hence the wide face!

Bryan is always as skinny. and as shy. I find him very shy I don’t know why but it isn’t a bad thing.

and I like talking to Devin about food. he cooks well I assume hehehe. he cooks with white wine yo! =3. 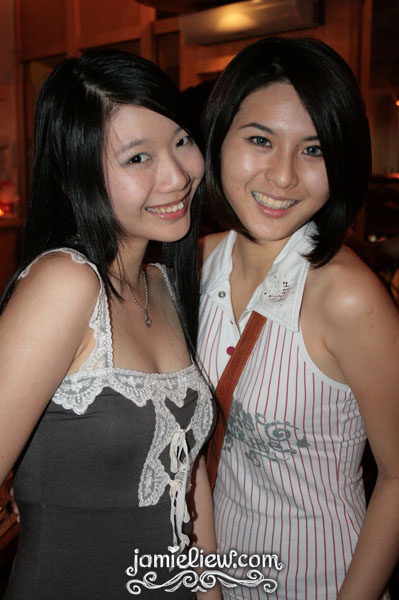 my friend’s sister! Yvonne. he looks very much like her, in a handsome way =D. and just so you know, she’s miss FHM. she is so tall and pretty and nice T_T. so perfect for a chinese girl. and I think she have ang moh features =D. 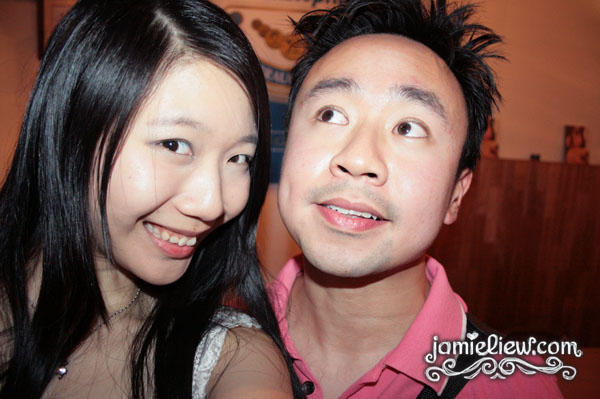 this is Ev Ooi. I think I met him before but I couldn’t remember so this should be the REAL first time I’ve met him. he likes looking elsewhere while taking pictures because he’s really cute like that HAHAHA xD. at least I think so. 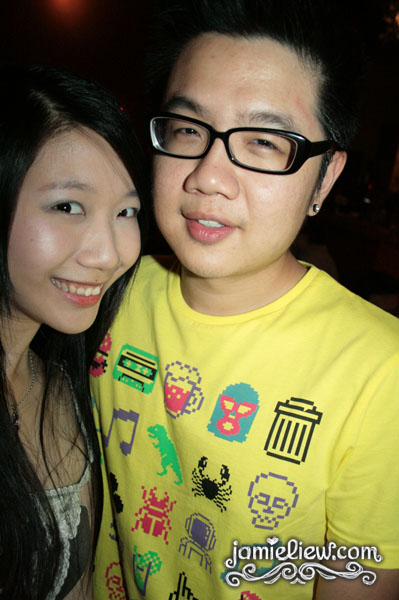 I gave him a birthday hug and when I was doing so, I tried carrying him up just to give him a little fright. IT DID. heh. =P.

PS : I’ve never thought he could be so easy to lift kekekeke. YAYS JAMIE IS STROOOOOOOONG!