NO I SAID I WASN’T CLUBBING!

because I camwhored too much I now have to sadly say that I am going to split this post to 3 parts. I am not that free you see =P. too many homeworks and all although I am still lazy to do it right now. and 2 presentations in 2 days. HAHAHA. great right?!

so I went there with Sheena and Jin Rui two of my best buds in school =3. and everybody was stunning that night they were all so pretty! with this party I think I can just forget about prom-lah xD. I shall go China instead =O!

so you ready to see what I wore? I guess everybody saw it already since I put everything up on facebook already hahaha. I was actually there as myself without imitating anybody because my situation doesn’t allow me to haha. but I think I wore alright too =P. and the best out of it all is, my mom thought about it! 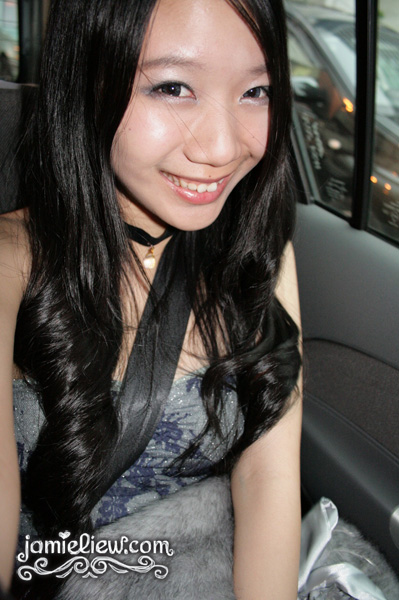 so here I am with the dress my mom bought for my sis (which is new, but she’s nice she won’t care xD), the necklace that is even older than my own sister. and the fake mink my mom got for me in Guang Zhou =P. also, my mom curled my hair! TWICE! I sat in front of the mirror for 1 whole hour doing it alright >_<“. so don’t tell me it doesn’t suit me hahaha.

was supposed to go to Sheena‘s house first but my mom was being fussy and all so ended up making up myself T_T. so yeap! that’s the pretty-ever-so-gorgeous Sheena! and, she’s a model! <3. and Jin Rui wore the dress that suited her best xD. 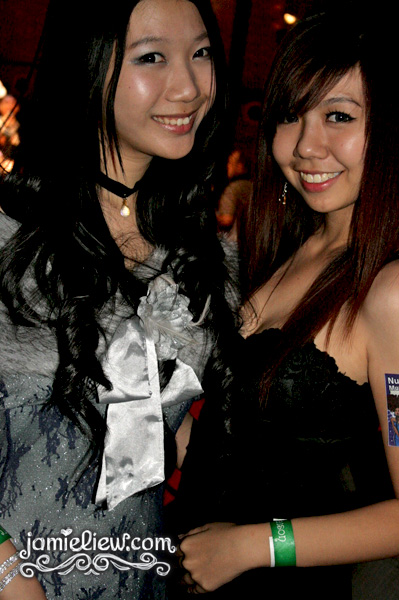 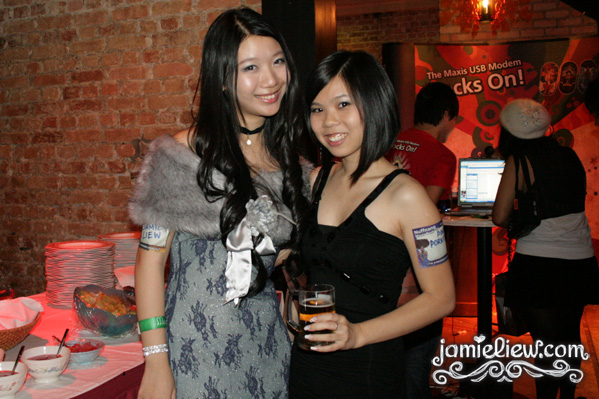 Griza! she still reminds me of Giza =P. 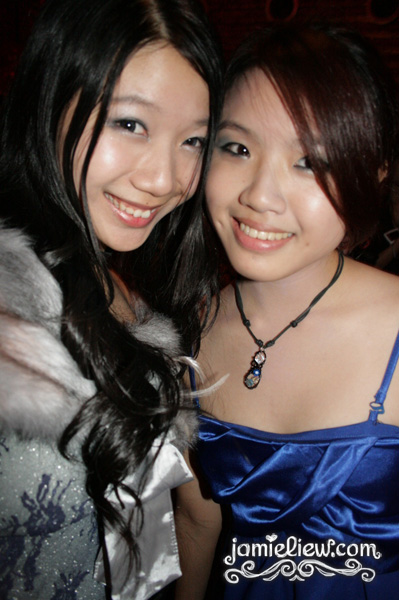 Zoe! whom everybody (yes me too!) loves and her porcelain skin =P. it makes you jealous when somebody younger than you are so pretty! (and that’s for always bluffing myself that those people are prettier because they are older! HAHAHAHA XD!) 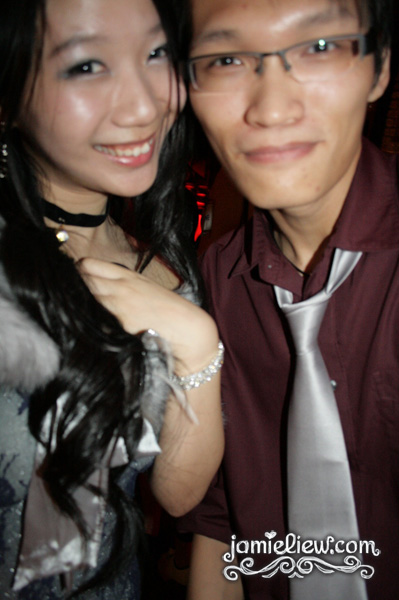 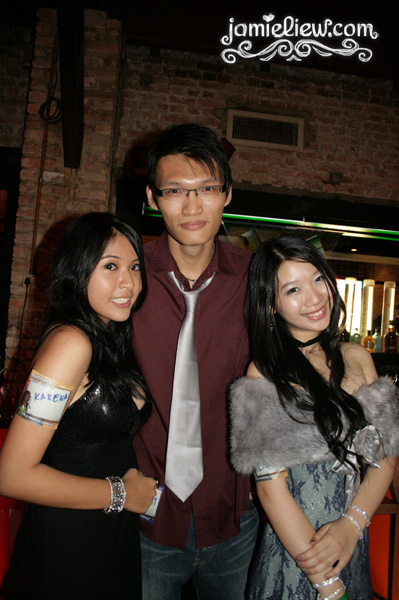 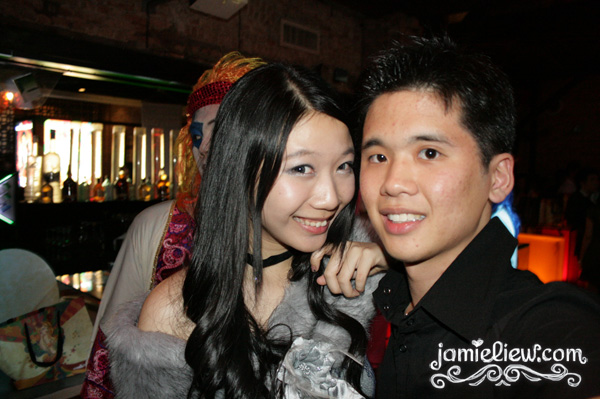 this is Tan Heavy Cow Yee Hou and he always calls me fat! >=( HMPH! actually he calls everybody fat including the skinniest girl in the whole world >_>. 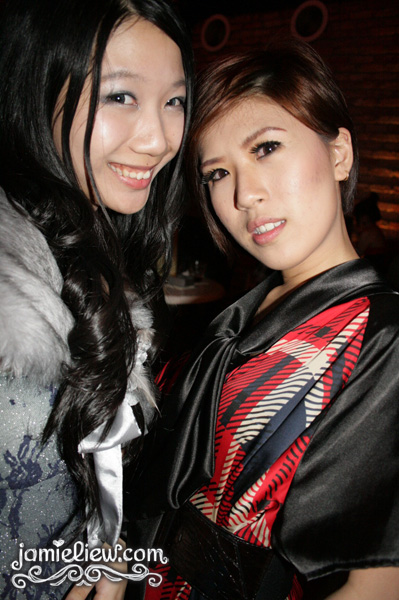 the world is getting smaller as I grow up. and not because I was tinier when I was younger. Iris is my sis’s friend’s younger sister! and we so happen to know each other from the last event hahahaa. xD. 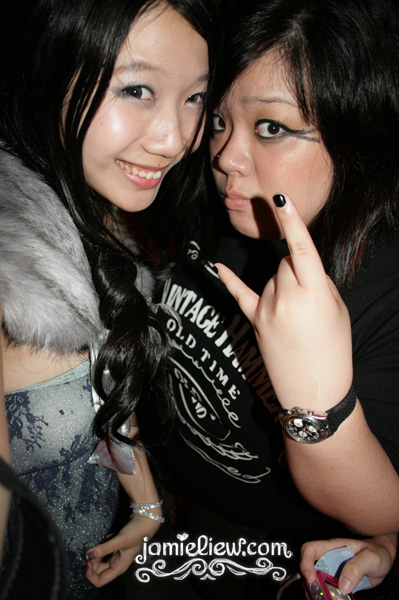 Sandra whom rocks everybody socks whom cares for her friends and whom she can stalk on Andy Lau’s wife eventhough she didn’t whom is a great photographer whom took pictures of DBSK CLOSELY whom is very nice *out of breath!* 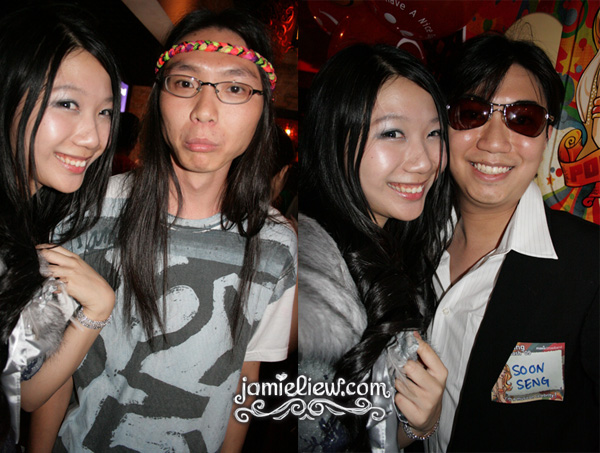 as Pocahontas (actually I don’t know what he really is =X forgotten lah!) and Soon Seng as Elvis Presley! the chinaman version xD. 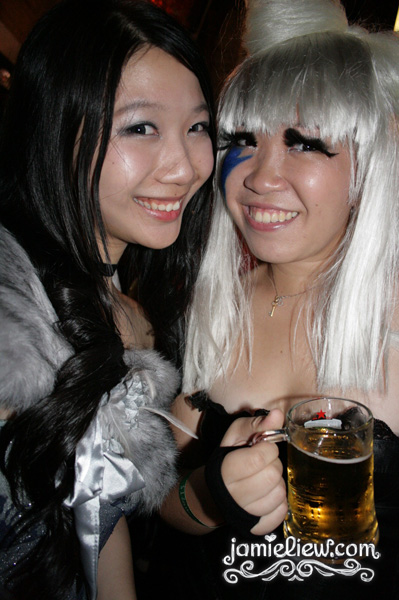 LADY JOJO! =P. Jolene imitating Lady Gaga. she won! and well, she spent a lot on her outfit and all as you can see, and she really worked hard in imitating! I mean, the bow on her hair, the yellow hair, the sexy outfit and that blue lightning! not to mention those featherish eyelash! (haha now I am thinking of what Karena said, we could call change our names to Lady Kaka, Lady Jaja and Lady Sasa and we’ll be the next Lady Gaga! HAHAHHA) 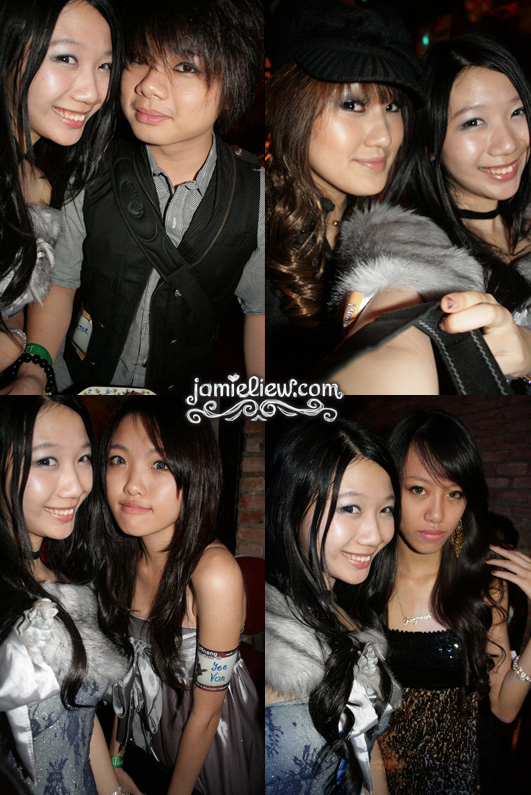 my seniors in school! (except for Angela who is married to my pet brother Victor xD). Evonne is so cute <3.

AND THE PICTURE OF THE DAY! 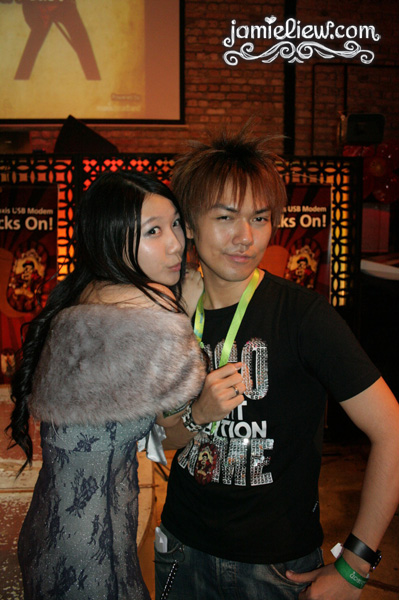 Jamie actually did that lala kissing pose! okay, it was one good attempt my face looked a little (VERY LITTLE) lala-ish. I guess it is because I am standing next to a hot guy with lala hair! I AM JUST JOKING. Robb‘s hair is not lala at all although he think it is xD. it looks great on him <3. now I kind of want to dye my hair to red. but I love black. I mean, it makes me look more.. Asian ahhahaha. okay Jamie is quite proud to be an Asian because she loves Asian culture. (although she wanted very much to be a brazilian who have a pretty face with a sexy body *chokes* just joking I am too not open minded to be one) 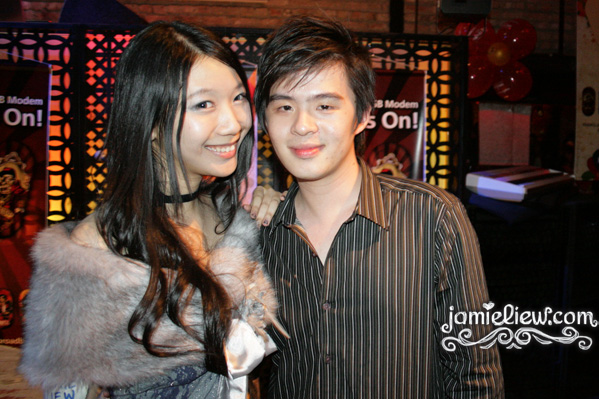 Darren who claims he is ugly. you say, is he?

Jamie votes for a no! 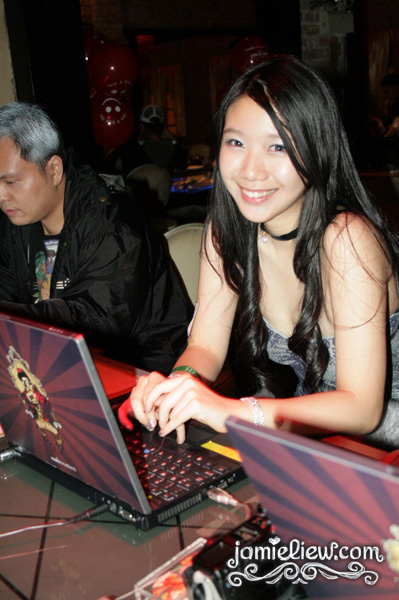 so this is the not so cool computer that I used because it doesn’t allow me to write on my blog nor post pictures on it thus no pictures boo hoo =*(.

*guys and girls don’t worry I am serious about there is a lot of pretty and handsome people around! already showed a few!* 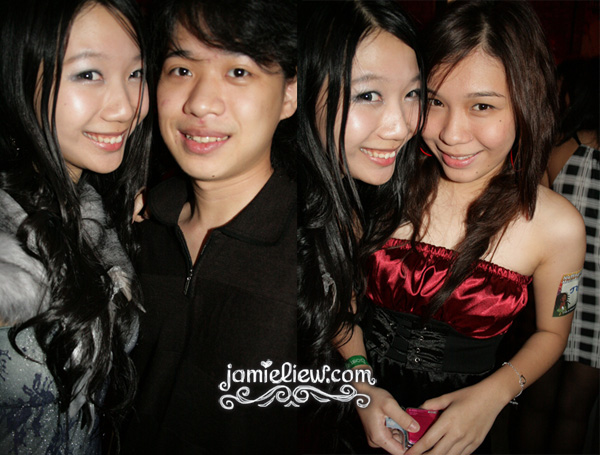 once upon a time when Jamie was 11 she went up to Genting because her mum asked her to and was forced to join her childhood friend and his friends which include Andy, the guy on the left and after that did not meet for a few zillion years and finally tada! HERE! Julien I love your dress xD. 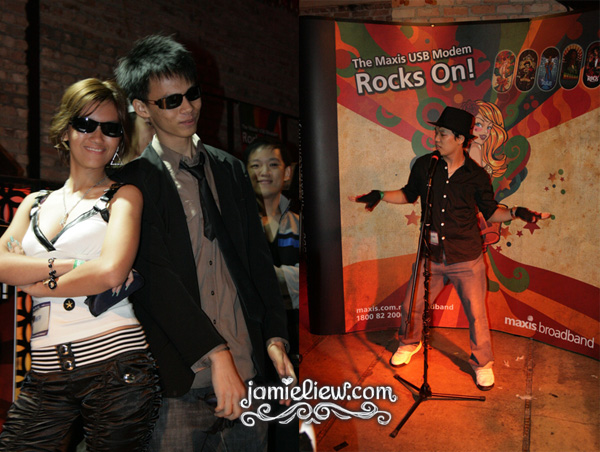 the activities! Jeffro sure did impress the crowd by his dancing skills! 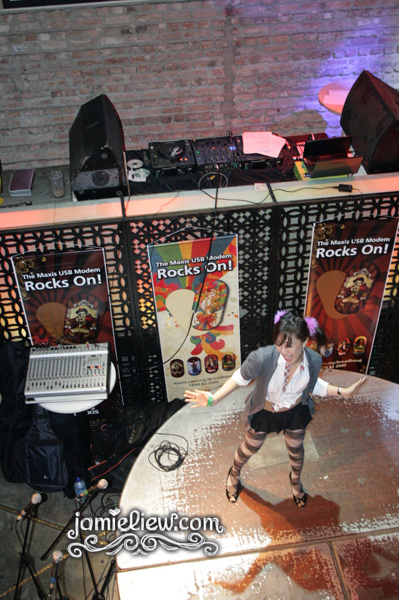 one look and you’ll know who is she imitating. =P. 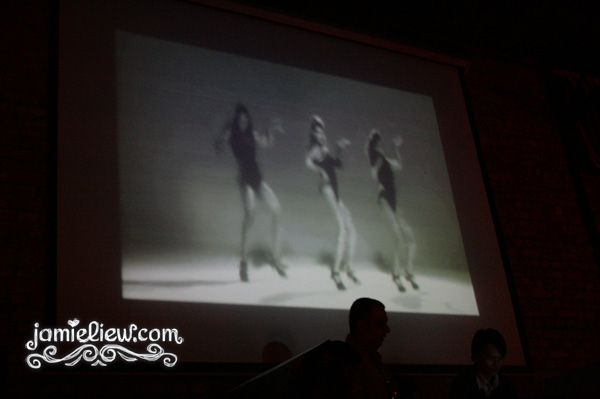 and next, one of the activities. which requires the contestants to dance like this–. including the boys. >_>”. erm. go Jeffro? =P. Jeffro did great! Ben too HAHA. 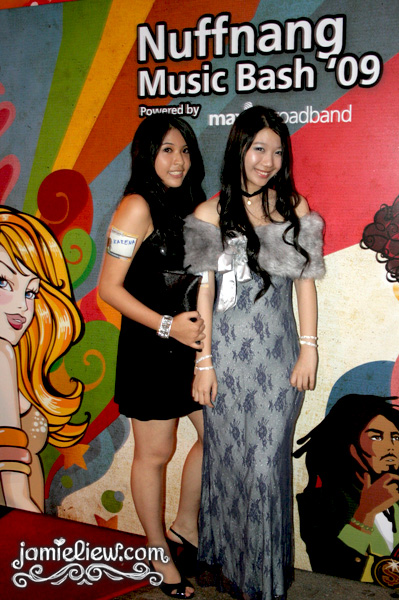 and the half red carpet with Karena darling. you will see TONNES of our pictures later until you’d get sick =X.

but seriously, u look stunning in that gown!

Haha.. That was my nick actually, not my real name.. By the way, mind to exchange link?

Hey Jamie! 😀 Really love your pictures. the colours are so vibrant..:) Was nice seeing you again that night.. you looked really glamorous in the outfit your mum came up with. 🙂

sandra whom is also everyone good friend 😛

aiyahh.. should have taken a full length shot with you.. coz that was DEFINITELY a SUPERB looking dress.. =D Ooo Ooo.. this is gonna sound annoying.. but I told ya so! =P

Your skin is so clear and moist! Mine’s nothing near porcelain, silly! And I think we have the same face type, don’t you think we look alike? 😀

Hey, nice to see u again. Im happy that u remembered me too! 🙂
keep in touch gal