HELLO EVERYBODY. I am finally a little free from my tight tuition schedule and now FINALLY free to post this up. (I still have a lot of homework T__T).

we all celebrated Jason’s (smashpop) Birthday in Times Sqaure last Saturday and yeah it was surely fun, as long as there is a camera, there  is laughter <3. quote Jamie. >=D. so anyway, here’s the birthday boy! with his CURRENT phone. everytime I see him he changes a phone @@”. 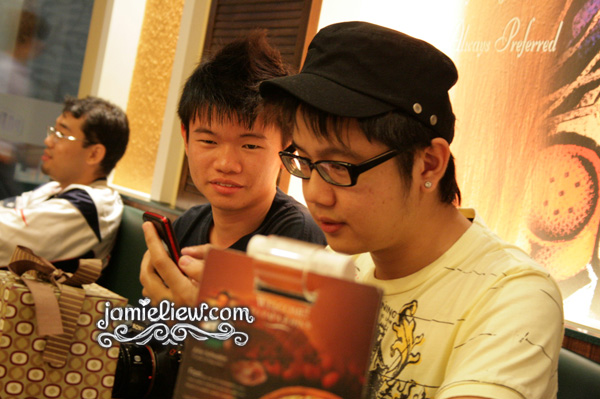 and those are.. lollipops. 2X lollipops! lollipops = pOp = SmashpOp. haha, very creative, Joseph. while Sandra, Gary (I think) and another guy gave him ANG PAO omg. I kind of wish I get ang pao’s on my birthday because I can buy anything I want although it is a little less thoughtful. =X. 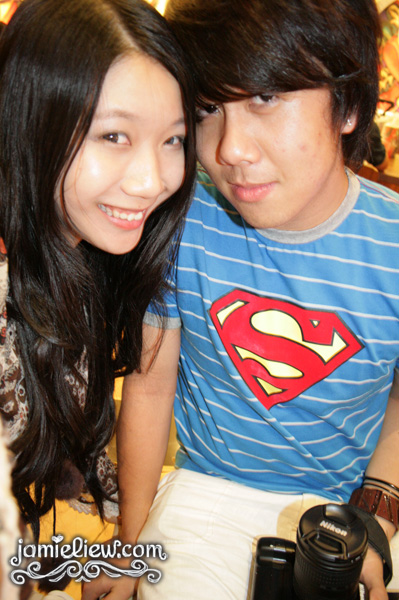 months ago when I went out with Karena in Sg Wang, we saw this brand that sells those super hero t-shirts and thought we would buy it for Jason’s birthday (we don’t have much friends in common.. so.. =X) and when we look at the price tag our jaws dropped. over a hundred, RUN! and I remember that there are quite cool superhero boxers upstairs. which we found out later that it was closed down. and, while shopping in Pavilion later (I am a PAVILION KAKI!) we saw something… similar. something more…. er, special. =P. and we bought it despite how ambarassed we are while we were buying it. especially when my friend worked part time there, pure coincidence. 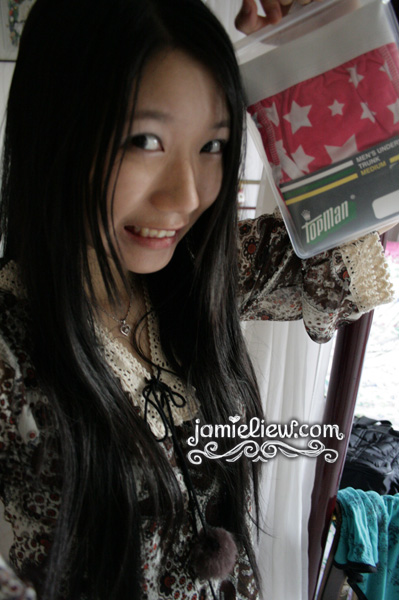 and tada! PINK BOXERS WITH WHITE STARS! hahahaha, it reminds me of watchmen now. =P. it is actually more for laughter than to use =X. hope Jason likes it? =D. 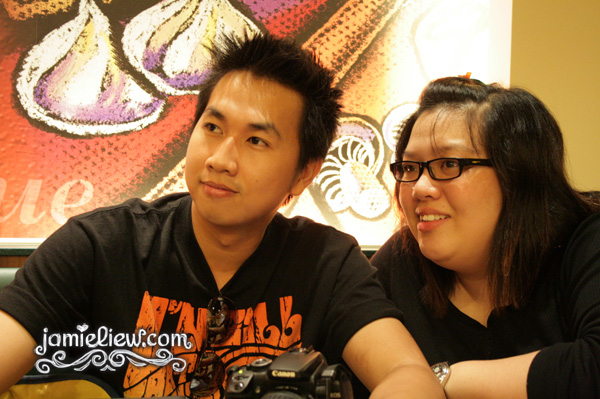 hello everybody meet Kenny Sia Gary Sia okay I don’t know his surname so =/. SIA LA! =P. longgg longg time ago I saw his picture on somebody’s facebook and I commented that he look like Kenny a lot. except maybe erm, slimmer. don’t you agree with me? =P. and that’s Sandra! SHE WAS THE OFFICIAL PHOTOGRAPHER FOR DBSK’S CONCERT #$+(#_$*()#&%) I want to see Max upclose too T_T.

yes I LOVE sissy looking guys >=D. SO?! Chang Min for the win!

I shall cut the crap. 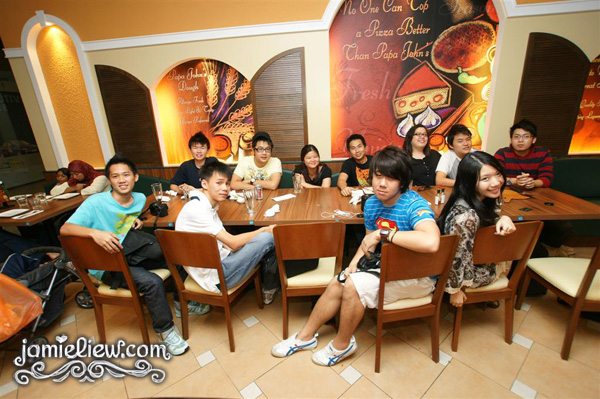 group picture! the waiter was afriad that we couldn’t fit into one picture because there isn’t a lot of space until he looked though the lens. wide angle lens are so cool. SO COOL.

at first I thought the restaurant ( Papa John’s Pizza) would be quite expensive but when we ordered the set, it was actually really worth it. because….. there’s Salad, 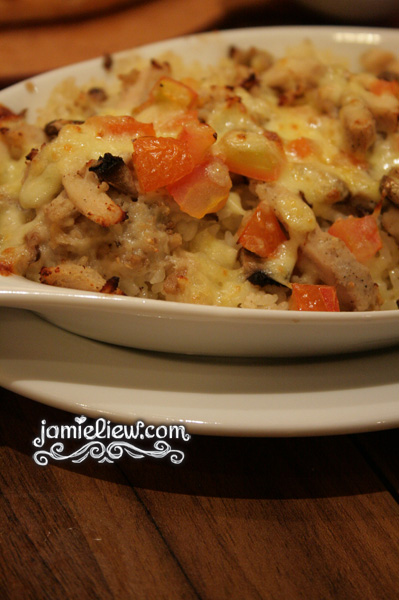 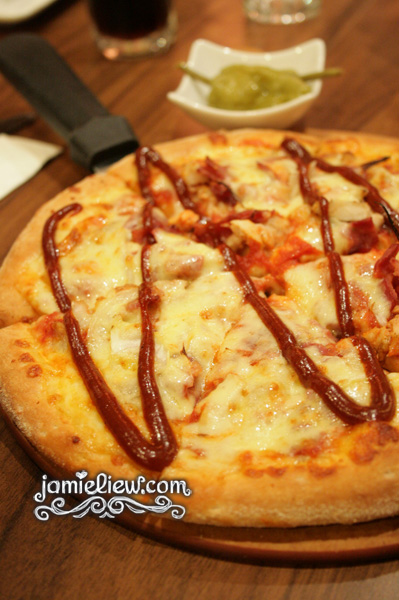 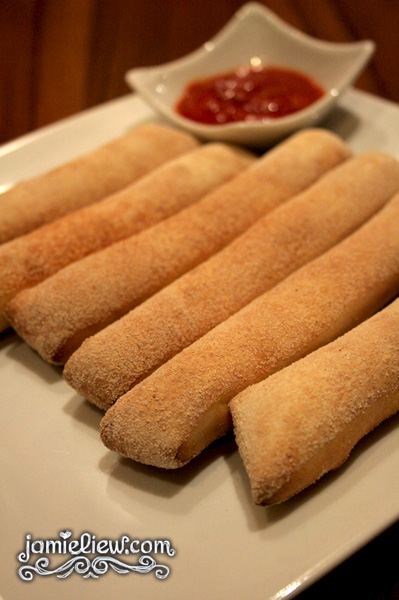 and yummy bread sticks where the sauce tastes like chilis salsa sauce.

and after all the calculation it’s around 15? per person. 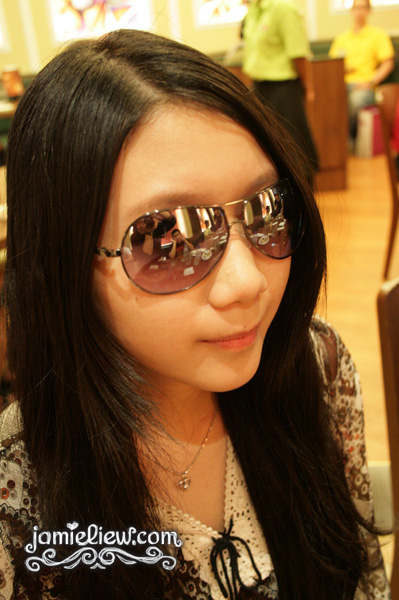 even Jamie has a cool side /gg. but I kind of failed. do you see Sandra? =P. she’s so good in catching angles I am jealous T__T. 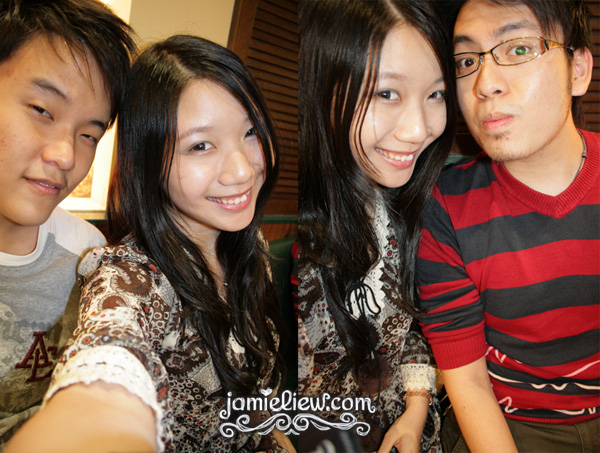 Gideon and Wai Seng. at first, somebody pronounced Gideon’s name a little bit like Gillion = Gillian and I thought he was a girl when I heard his name =X.  next quote : camwhoring brings HAPPINESS. 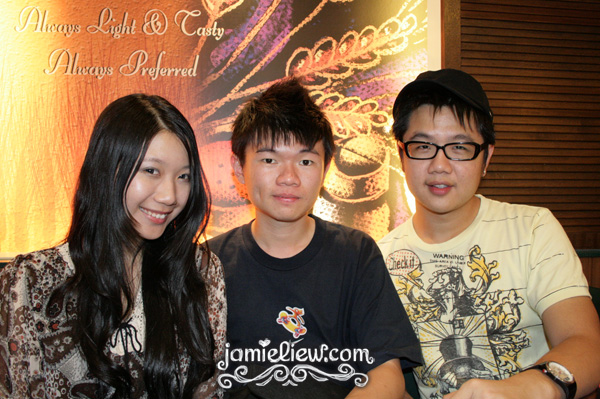 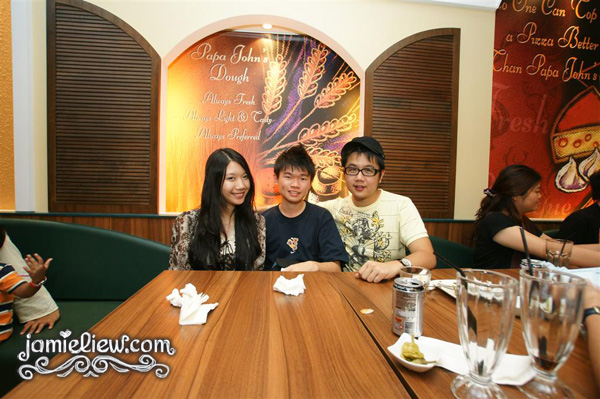 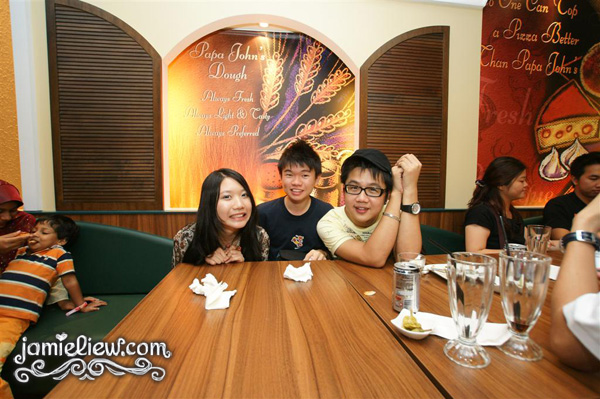 and we started to be sampat. 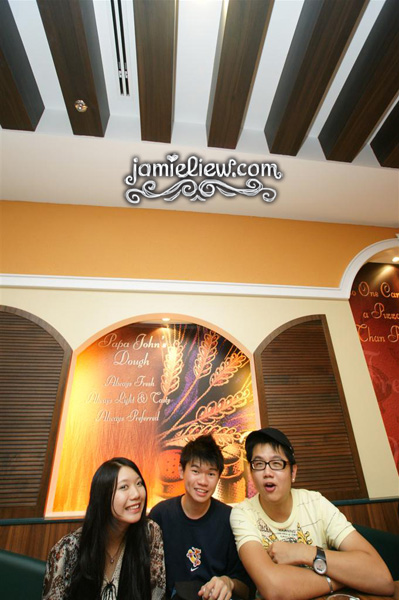 and even more sampat. 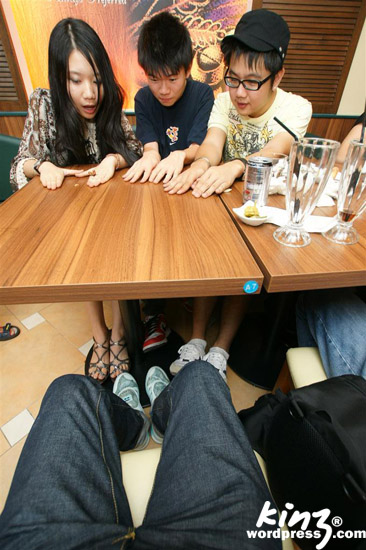 and VERY sampat until the mak ciks around us was all staring at us =X. 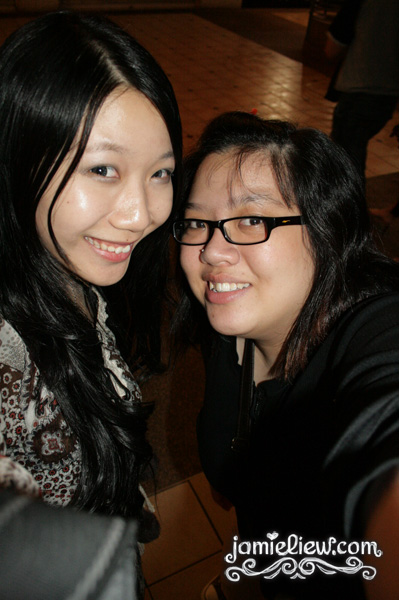 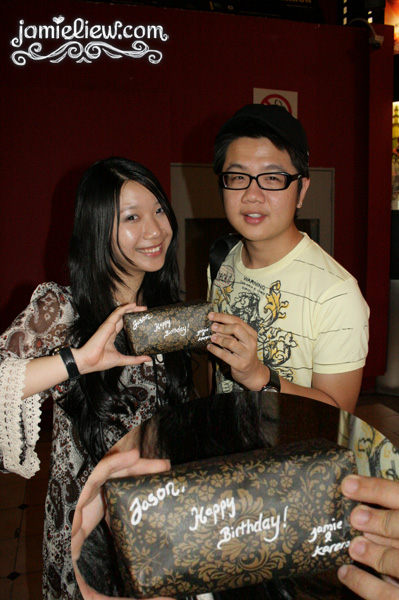 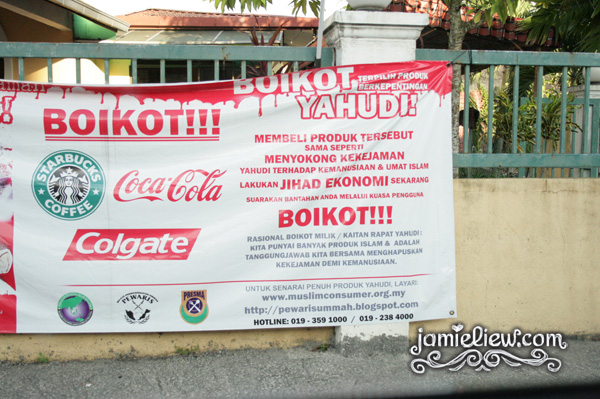 some poster along the small road of hulu langat. but they didn’t notice that Microsoft and APPLE is originated from America. Photoshop too!

woot woot! 😀 thank jamie! i still havent wore it yet tho. 😀