this is probably one of the most frequently asked questions by not only my readers, but friends, acquaintances and people (foreigners) whom I’ve met in Korea especially.

I’ve studied Korean for 1 year in Yonsei University and I am of level 6. graduated.

1 year and level 6? well that’s possible if you study in SKKU because their language course is super tight. but I actually landed myself in level 3 when I first came to Korea. which was why I saved myself half a year worth of money and time (Yonsei’s the most expensive language school now so yeah, I saved myself quite a bit of money!)

in fact, I wasn’t the only one, many people self studied and got into even higher levels. but they’re normally Japanese because they have almost the same grammar and it’s literally much easier for them to learn Korean. as for an English speaker like myself, I found it rather daunting to learn all those sentence structures and also something called.. “particles.” we don’t have it in English so.. they say if you learn one of either language, learning the other will be much easier (Korean and Japanese). and it is proven true by many of my friends who speak them both.

back to the main point.

so how did I learn Korean? at least up till level 2, I self studied. I went to ICLS in Fahrenheit 88 for a short period of time and did what was equivalent to level 2.5. the classes (my teacher was fabulous.) did help me for speaking but my writing.. I learned most of it before. myself.

SELF-STUDY
people get shocked each time I told them I self studied most of my basics. instead of using online websites which had never worked for the longest time (I kept forgetting!), my mom bought me my first TUTTLE book “Korean for Beginners” and I can say that.. I relied absolutely on that one book to get to where I was before coming to Korea. I was so fond of that book I didn’t want it to go to waste so I gave it to my friend who’s earnestly learning Korean at the moment. the explanations were witty and reading it was so much fun. it felt like as if the book was talking to me. I always get demotivated to learn a language (I bought tonnes of other guidebooks and they were more touristy rather than a book that teaches you how to speak the language) if they aren’t easy to adapt but in the end it all depends on how interested you are.

I got most of my books from Borders Pavilion but I am pretty sure they have it at other bookstores too.

note that I am not getting paid to say this because I have always told my friends about that book so it is 100% honesty and I am saying it because I really loved that book.

I also own a few other TUTTLE books (they are all in Malaysia ATM) which I thought was fun to read even though I am now fluent in Korean. one of them was.. “making out in Korean” they even have a volume 2! it was so funny but.. if you’re below 18 then just forget about it =D.

another way of learning Korean is.. after learning most of the particles and a little grammar, you can search for the 가사 (lyrics) of songs and translate them one by one. it was actually pretty effective this way. but still, you need to learn the particles and grammar first. and the way I did it was by reading and writing down things I wanna learn and keep repeating it. I also have a book of words I want to memorize!

in my opinion, as long as you have a grasp of the core (grammar, structure and particles), vocabs will fit in perfectly like the missing puzzle piece. so vocabs can wait. like how we say it in Korean, 바탕을 먼저 세워야한다, which means that we should build our core first.

if you follow my blog, you’d know that I have an equal love for our neighbouring country, Japan. I love both countries and I’m not going to lie. I always thought that learning another language would be impossible for me until I started learning Korean and it was so fun to learn.. the more I learn, the more I want to know. and Japanese, one of the most complicating language to me (one Kanji can be said in 3 different ways. then there’s the 3 different writing systems. and the crazy amount of Kanji, of course.) was out of the picture for me before.

but after being told how learning Japanese would be a bit more of a breeze if I speak Korean, I decided to challenge myself for my 7th/8th language; Japanese.

I am lucky enough to have TUTTLE publishing (my favourite publisher. it’s true, I have told my friends long ago when I first started learning Korean! I had always recommended their books.) provide me some additional Japanese books in addition to the ones I already have.

anyways, TUTTLE sent me 3 books after I told them I loved their Korean book and that I want to learn Japanese this time and I told them to recommend me a few. my package just came in today and here’s how it looks like! 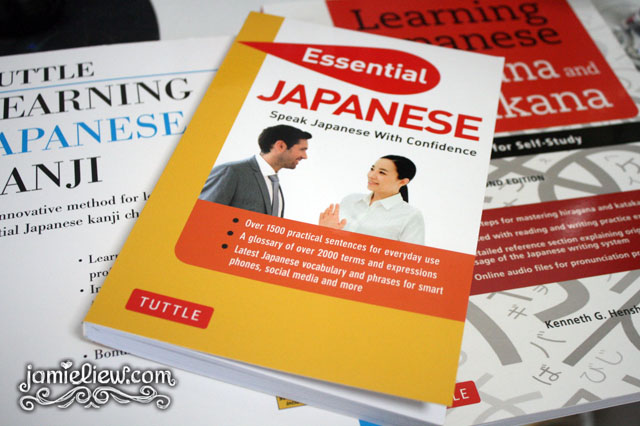 it seems like they got me covered in Hiragana, Katagana, Kanji and speaking! I forgot to mention to them that I’ve already learned most of the basic (mostly hiragana) Japanese but I was actually surprised to see the practice words behind every page of the Katagana and Hiragana book! 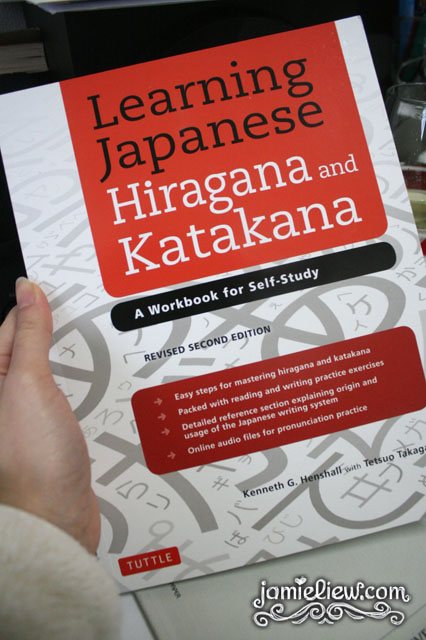 it’s pretty huge and it seems like.. if you finish all the practices you will definitely remember how to write each word. it isn’t as hard as it looks. really! though there are twice the amount of.. “symbols” to memorize compared to Korean. but on the bright side, Japanese words are much easier to pronounce and they look cute too! 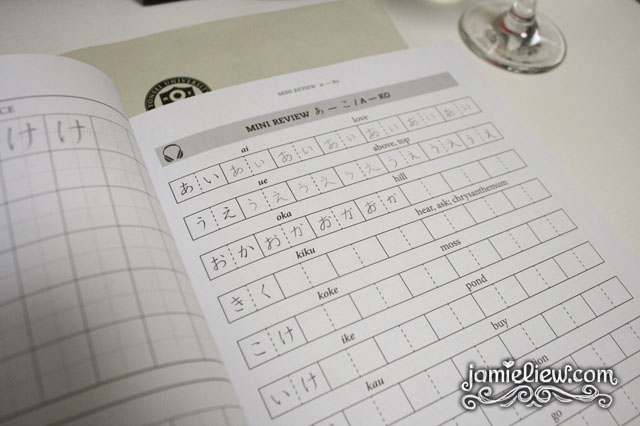 at the end of every chapter, they provide these practices which I found pretty useful because most of the words are easy daily words that you can use. so you get to learn a few new words while practicing how to write them! even after studying Japanese for a semester, I didn’t know most words there T_T. so it does help me brush up on my basics again. 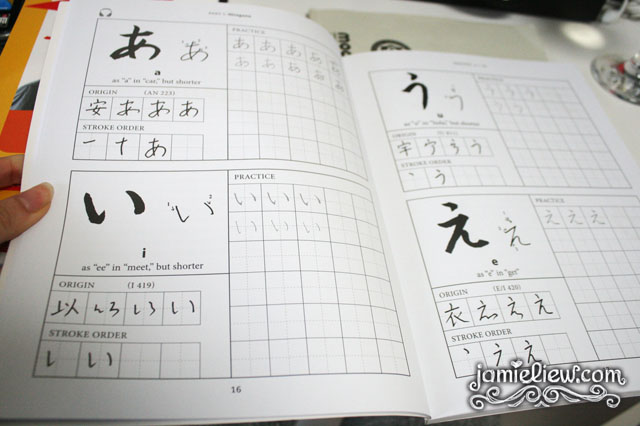 I am really bad in writing Japanese. when in uni, they didn’t bother to teach me the strokes and origins of each symbol so I am glad I finally know how to correctly write them. 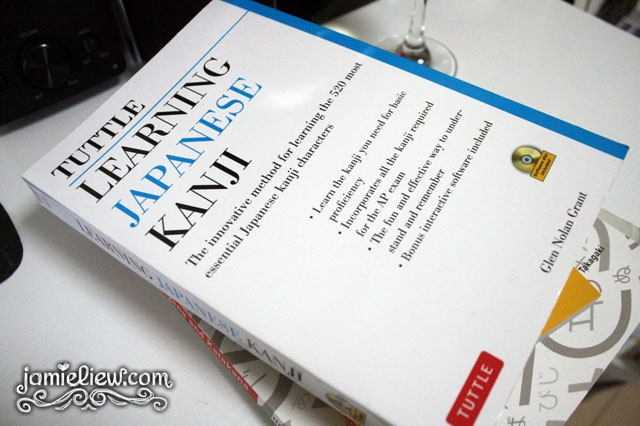 Tuttle’s Kanji book is my absolute favourite. I hate Kanji yes, but they made it so that Kanji’s fun to learn! just like how TUTTLE always are; fun to learn! 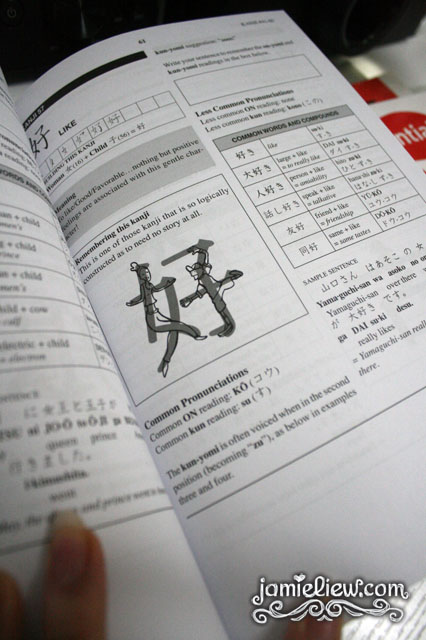 there are a lot of Kanji. which is why this book is pretty darn thick. around 450 pages. but they explain each kanji in detail and also they provide illustrations on how to memorize them! 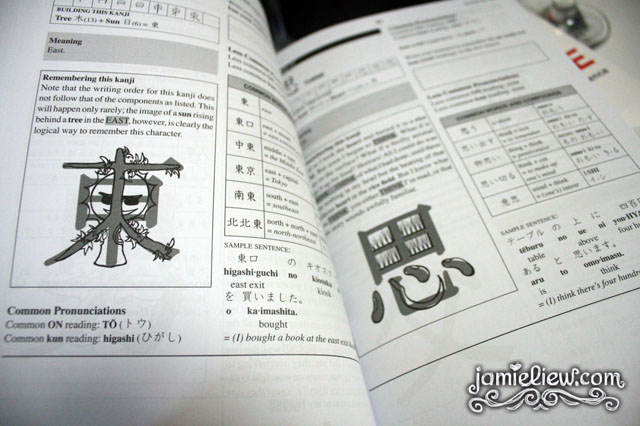 illustrations for EVERY word. 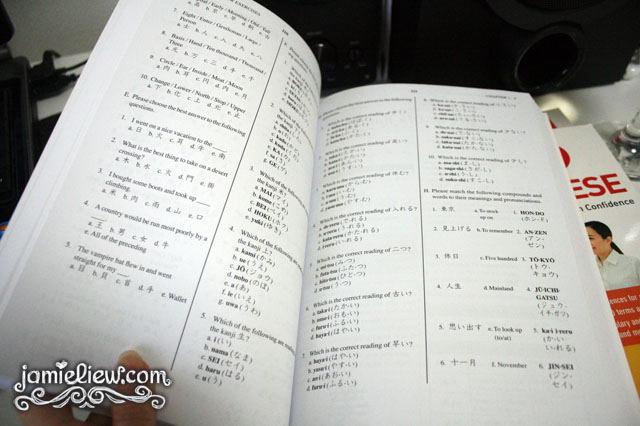 besides, they have practice sheets at the end of every chapter to refresh your memory after studying the first part :3. definitely my favourite book.

and last but not least! the essential Japanese book for speaking! 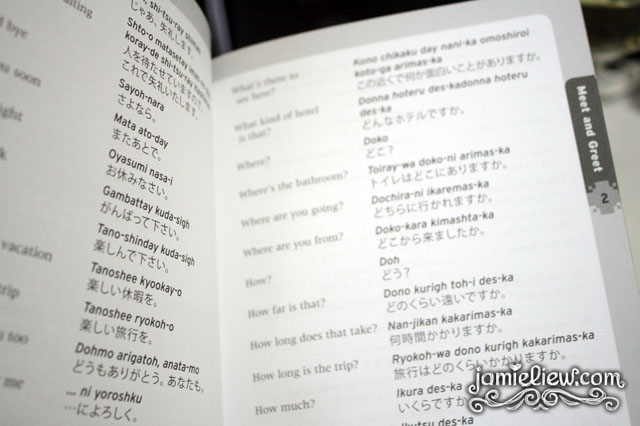 this one’s pretty normal with all the survival phrases. a book you should carry around when travelling in Japan when you know zero Japanese. 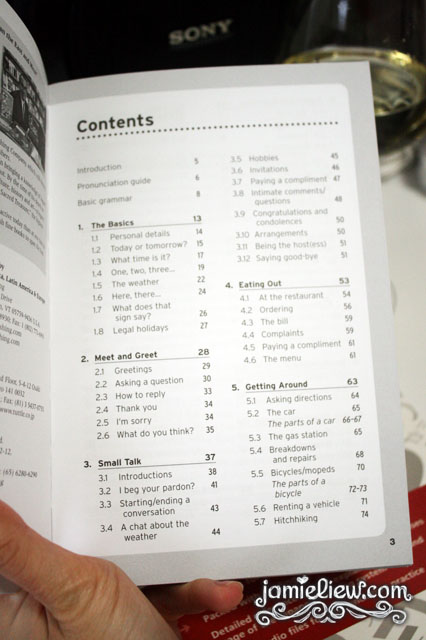 it consists of topics from making a conversation to shopping to emergency. this is basically all you need if you’re visiting Japan and is worried about the communication barrier. 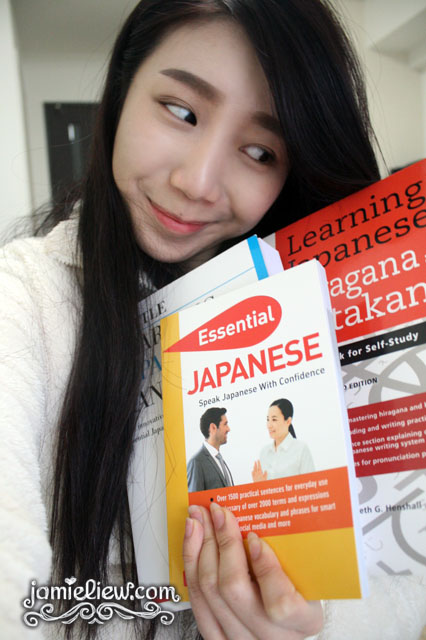 dear books, ONEGAISHIMASU! I shall use you and speak great Japanese soon!

also, for you who are learning Korean, just a few recommendations, their best selling book is Korea the Impossible Country, Elementary Korean, A Capitalist in North Korea and they recently have a book on KPop!

okay let’s see how many TUTTLE book I owned before being in contact with them..

I have..
1. Korean for Beginners
2. Making out in Korean
3. Mini Korean Dictionary
4. Essential Korean Phrase Book

I have more.. but I can only remember these few. I found the Essential in Korean Phrase Book good for tourists but if you want to learn Korean I’d recommend Korean for Beginners =).

so the best part was, I am giving away a few TUTTLE Japanese books which I have reviewed! I’ll have them send directly to you no matter where in the world you are.

and they include..
1. Essential Japanese
2. Learn Japanese with Kanji
3. Learning Japanese Hiragana and katagana

I have two sets to give away! The same 3 books that I’ve received!

I am sure many of you are interested in learning Japanese right? so lets learn it together!

so for the giveaway..
FIRST! leave a comment here telling me what made you want to learn Japanese and where you are from.
SECOND! like my facebook page and write me a comment. you can tell me whatever you want to tell me but make sure to state your name to the comment you made here so I can contact you.

I will pick winners based on how special your encounter with Japanese is! so be sure to be witty with your words! I also don’t mind if you stay across the other side of the globe. you still have a chance to win it!

the giveaway will be announced on January 15th so quick!!! get your brother, sister, and friends to join!

24 thoughts on “How I learned Korean + Japanese books giveaway!”